Why Go Back to College? 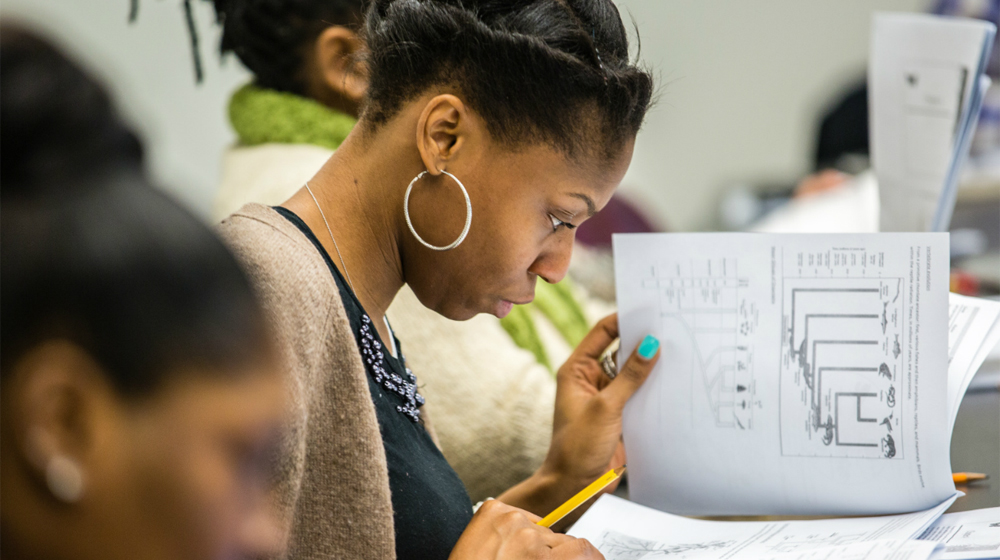 I have a friend who is considering a return to college. He stopped out of Big State U several years ago and has worked in unsatisfying jobs since. He is wondering if the time, effort and money he would have to invest to complete his degree are worth it. Will it really make a difference in his career options? Will he just accumulate more debt and be stuck in the same place? Is completing a bachelor’s degree worth it?

Education has mattered enormously during this recent period, in terms of helping individuals to avoid unemployment and garner higher wages. Those with only a high school education have continued to lose jobs and their wages have slid lower. An associate’s degree improves prospects. A bachelor’s degree improves wages and employment even more. A graduate degree adds even more to your chances of positive employment and wage outcomes.

Both for earning and for unemployment more education matters.

In 2016, full-time workers age 25 and up who have a bachelor degree earn 35% more than those with some college but no degree. The gap for those with a high school degree is 40%.

But, wait, what about those recent graduates living at home?

We all know someone who has completed a degree and is not flourishing and someone who stopped formal education after high school who is doing well.  Despite these individual counter-examples, the economic data make it clear that holding a bachelor’s degree is an enormous advantage. During the more recent period of slow recovery, job growth has largely gone to those with a bachelor’s degree or higher. Georgetown’s Center on Education and the Workforce report titled “Weathering the Storm” stated:

“More than half of the employment increases have gone to workers with a bachelor’s degree or better, the rest of the gains to those with some college education or an associate’s degree.  Even in the recovery, workers with only a high school diploma or less have continued to lose jobs.”

While the size of the job market for college graduates has increased more slowly than in the past, the odds still strongly favor those with a bachelor’s degree or higher. The broader direction of the economy points towards this becoming a stronger, not weaker, trend.

OK, does it matter which major I choose?

In some ways, no. Completion of the degree is what matters. However, not all degrees are created equal. For one thing, the degree does need to come from a reputable source to be helpful in a job search. We also know that, in general, the more quantitative or technical the degree, the better the lifetime outcomes will be. For instance, there is great demand currently for health-related degrees, and graduates from those programs are getting good starting wages. However, over the course of their careers, graduates in engineering, science and business will get the greatest bang for their buck. In IT, those who create information will do better than those who use information. These insights come from another recent study from the Georgetown Center on Education and the Workforce.  All that said, completion of a degree matters. For those with experience, the major may be less important than simply finishing the degree.

I’ve seen those commercials from a for-profit college — is that a good option?

It does matter where you get your degree. In one study from the National Bureau of Economic Research, graduates from for-profits saw very little impact on earnings after degree completion, even after controlling for other characteristics that might affect wages. The study found “large, statistically significant benefits from obtaining certificates/degrees from public and not-for-profit but not from for-profit institutions.” Another study indicated that hiring managers preferred graduates from traditional programs over those from identifiably online universities.  When hiring managers were presented with sets of identical candidates, with the only variation being the source of the degree, “96 percent chose the hypothetical applicant with the traditional degree.” The Senate Committee on Health, Education, Labor and Pensions published a large study on the major problems they found with the large for-profit colleges.  There are plenty of adult-focused colleges that are non-profit or public, that provide credible degree completion programs with accelerated and online options.

Is it really that simple? Does completing my degree get me the job I want?

The key is having both the needed experience and the credential (the degree). In my career, I serve adult degree completion students, and roughly half of them are completing their degrees in order to secure their career or to move up from where they currently work. They typically do not need added experience, just the degree. Another 40 percent are seeking a degree in order to gain entry into a new field.  While they are working on their degrees, we help them gain experience in the target profession so they can make the most of the degree when they finish.