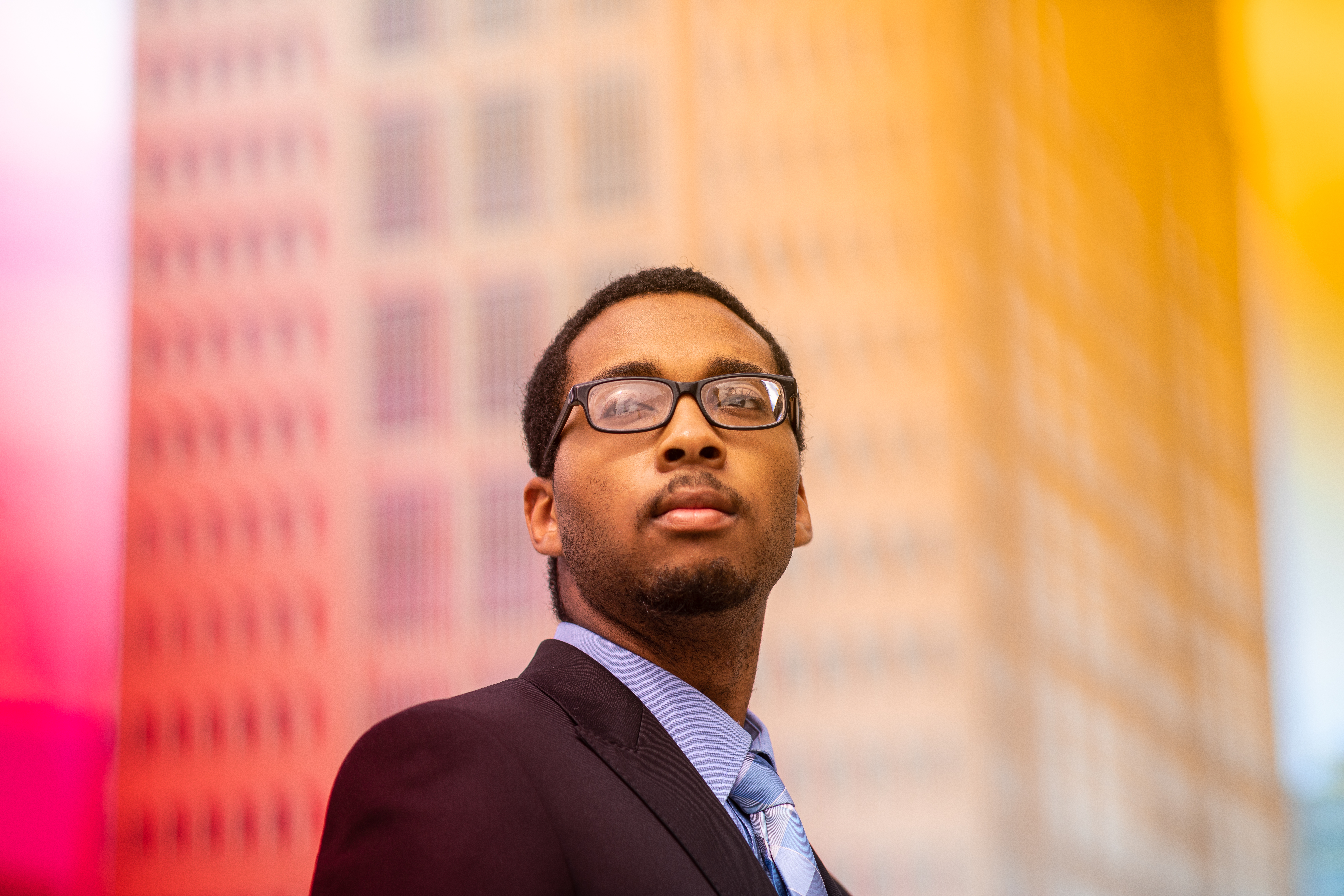 “Arrupe helped me realize how important finding the right career is to make your life worthwhile.”

While still in high school, the 2015 graduate of Gary Comer College Prep on Chicago’s South Side took a class in robotics that ignited a passion for tech. He started to think about what he’d do after high school. He considered entering the military or going on to college when his guidance counselor told him about Arrupe College.

“Arrupe helped me realize how important finding the right career is to make your life worthwhile,” Joshua said in 2019 while on break from his job at Chicago e-discovery company Relativity, where he was an information-technology service desk analyst.

“So far, going to Arrupe is the best life decision I’ve made, and I’m so grateful. It offered high support, connections, and everyone was so friendly,” said Joshua. “Some of my favorite professors really opened my eyes about the world: Minerva Ahumada taught philosophy, Shannon Gore taught communications, and Megan Kelly taught environmental sciences. And Father Katsouros was especially great. He really cared about each student.”

While finishing up his sophomore year at Arrupe, Joshua wasn’t sure what his next step should be. He had two job possibilities— becoming assistant IT director at his former high school or joining Loyola classmate Chavez Carter (BS ’16) at his new IT repair shop, Tekkeez.

Then Arrupe’s career coordinator talked to him about Year Up.

Year Up is a Boston-based nonprofit that partners with more than 250 Fortune 500 companies to provide a six-month on-site internship once students complete six months of classroom training that focuses on developing workplace skills. Their mission is to close the “opportunity divide” by ensuring that young adults gain skills, experiences, and support to empower them to reach their potential through careers and higher education.

“I interned at Relativity and had a blast,” Joshua said. “The program was very intensive. I worked hard and met some awesome people. I also developed a strong relationship with my Year Up coach.”

He was hired on full-time after his internship and was the first line of defense for any IT issues in the company, either fixing the problem or rerouting it to the right person. While Joshua enjoyed his role at Relativity, after three and a half years of the corporate world, he started to crave something different. A few years prior, Joshua had bumped into his former robotics teacher while taking the train into the city. “She talked to me about possibly going back to my high school to teach. I come from a family of teachers, so it’s something I definitely thought about.”

In fall 2021, Joshua will begin his studies at Chicago State University to earn a bachelor’s degree in education. On top of that, he will work part-time as a paraprofessional at Proviso East High School in Maywood. Joshua is a firm believer in teaching new skills to the next generation. In true Jesuit fashion, he said, “It’s all about them.”

When asked if going to Arrupe was still the best decision he’s made, Joshua nodded emphatically. “Without a doubt. I met my fiancé and it helped me launch my professional career. I just wish my time at Arrupe would have lasted longer – two years wasn’t enough!” Joshua said.