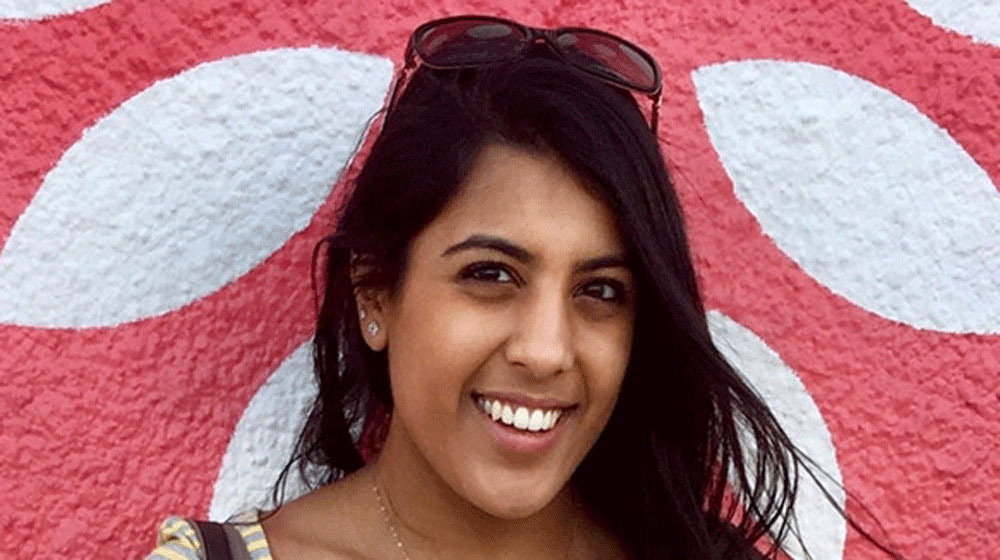 Kajal Chokshi (BS ‘17) recently participated in Loyola’s Fairness Analytics Competition, a contest where students use analytical tools to prove discrimination within the workplace. The contest solidified her love of numbers and sparked her interest in social justice.

As a recent graduate from Loyola University’s College of Arts and Sciences, Kajal Chokshi is entering the working world with Bachelors of Science in Mathematics and Statistics, along with a passion for social justice and numbers. This past spring, Loyola’s Computer Science and Statistics departments hosted a Fairness Analytics Competition on campus where teams were required to create a model that addressed the potential for discrimination within employment data from FedScope— a federal employment agency. The data included over 2 million employees and with demographic details that included salary, age, gender, location, and education level.

Why did you choose to participate in the competition?

My fellow classmates and I received word about the Fairness Analytics Competition so my friends and I decided to form a team and participate. I knew I needed to enter the competition because it is a great way to network and makes it easier to land a job post-graduation. I was also interested because the grand prize, a research fellowship, would be a great way to further my researching skills.

What do your teammates set out to prove?

Our team was really trying to show the inequality among employees. We wanted to identify whether or not factors such as gender, race, or age plays a role in the salary of each employee. I could enter demographics such as female and 21 years old and receive one salary. But if I changed the gender to male, the salary would increase just based on those few demographics. This made it evident that there is discrimination occurring in the workplace.

How did the competition end up?

My fellow Loyola students, Josephine Wood, Patryck Bargile and I were able to create a predictive model that basically proved that discrimination was occurring within a group of employees, especially within the age category. Because we had the best predictive model, we won the competition. I also received  a $1,000 research fellowship from the Computer Science department because of my demonstrated strong ability in predictive modeling, my plans to attend graduate school soon. All were requirements for candidates.

What did you learn from the Fairness Analytics Competition?

The Fairness Analytics Competition really sparked my interest in the social justice aspect of data. Within the statistics field, people typically don’t consider social justice as a part of the job because typically you’re just trying to prove something. The competition gave me the opportunity to see that I can use my skills to prove something is unfair.

What are your plans for the future?

I just finished up a research and development internship within Quinlan School of Business’ CME Group Foundation Business Analytics Lab. Now I am starting my new job as a data science analyst at Blue Cross Blue Shield. In the coming years, I plan to earn my doctorate in statistics from a Chicago-area university.