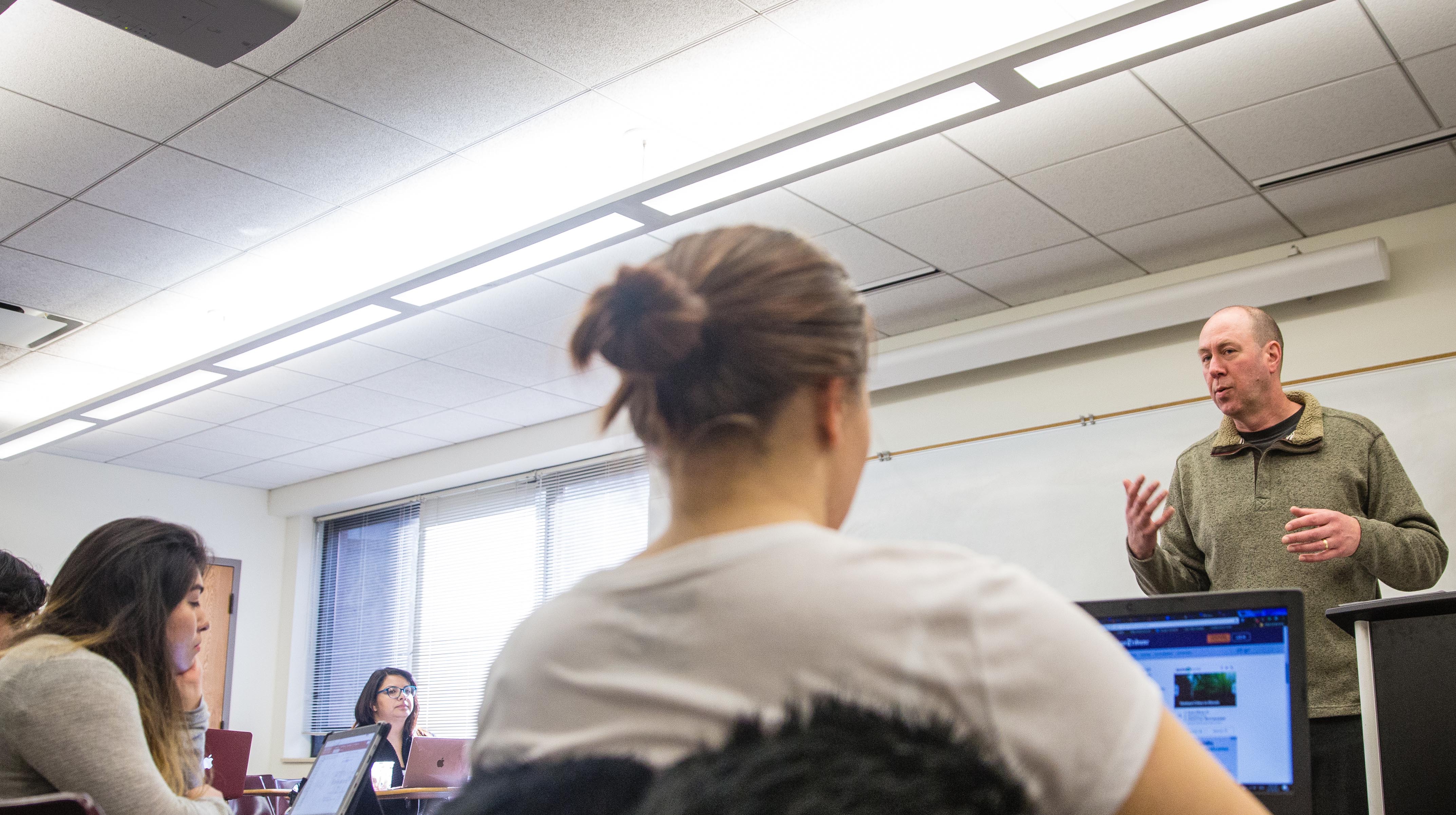 David Olson, PhD, is no stranger to the criminal justice system. For the past twenty-nine years, Olson has spent his career evaluating programs and policies on state and local levels while taking his experience to the front of Loyola’s classrooms. Recently, Olson was given the opportunity to serve on the Illinois Governor’s Commission on Criminal Justice and Sentencing Reform— the outcome of this body could potentially change the lives of both people in prison or jail and those working in the criminology field. Olson’s participation in the commission and his dedication to reforming the criminal justice system resulted in the passage of the Neighborhood Safety Act in March 2017.

Can you tell me about the Neighborhood Safety Act?

The goal of the commission was to come up with recommendations on how the criminal justice system could be improved, to not only reduce the level of incarceration but to also increase public safety. Out of the twenty-five recommendations given by the commission, there was one in particular that will go a long way towards reducing incarceration and improving public safety: Inmate credit on their sentence in return for completing rehabilitation programs while incarcerated.

How will this law impact people in prison or jail?

The law will motivate inmates to not only receive treatment, but continue and complete the treatment to receive time off of their sentence and ultimately become a productive member of society post-incarceration. My research has shown that inmates receiving this credit are more likely to complete treatment, as opposed to dropping out of voluntary programs. It lessens the likelihood that someone released from prison is going to continue their involvement in crime and end up back in prison. The commission’s goal was to develop recommendations that could potentially reduce the prison population by 25% by the year 2025, and this specific recommendation will help achieve that by reducing the lengths of stay in prison and greater access to rehabilitation.

What are the implications of this law for those in the criminology field?

The passing of this Illinois Senate bill into law shows that criminologists are able to bridge the gap between the scholarly world and the real world. It crosses the divide of academia and practice. It’s a perfect example of how research done by a university has direct, tangible benefits for policy makers. One of the lessons for criminologists is that we can have a direct impact on criminal justice policy without being political. My former graduate student, Erin Sneed, and I were both able to present our research to the commission, which was very rewarding as a criminologist. After completing my course on offender rehabilitation, Erin Sneed was so compelled by the topic that she decided to do her thesis on treatment of offenders. Unlike my research, her research directly measured whether or not inmates would be more likely to access treatment in exchange for sentence credit.

How does this law align with Loyola’s Center for Criminal Justice Research, Policy and Practice?

As Loyola professors, we engage in empirical research that is both objective and rigorous to answer the questions that face the criminal justice system. All of the faculty and departments are engaged in research across different areas of the criminal justice system and with that research, our goal is to always shape and inform people’s understandings of different problems. One of Loyola’s missions is to provide support and service to the larger community, and my role on the commission was part of my service. Our discipline is very much focused on application, and the passing of this bill into law is proof that as criminologists, we can make positive changes in our community.