The fight against fentanyl abuse 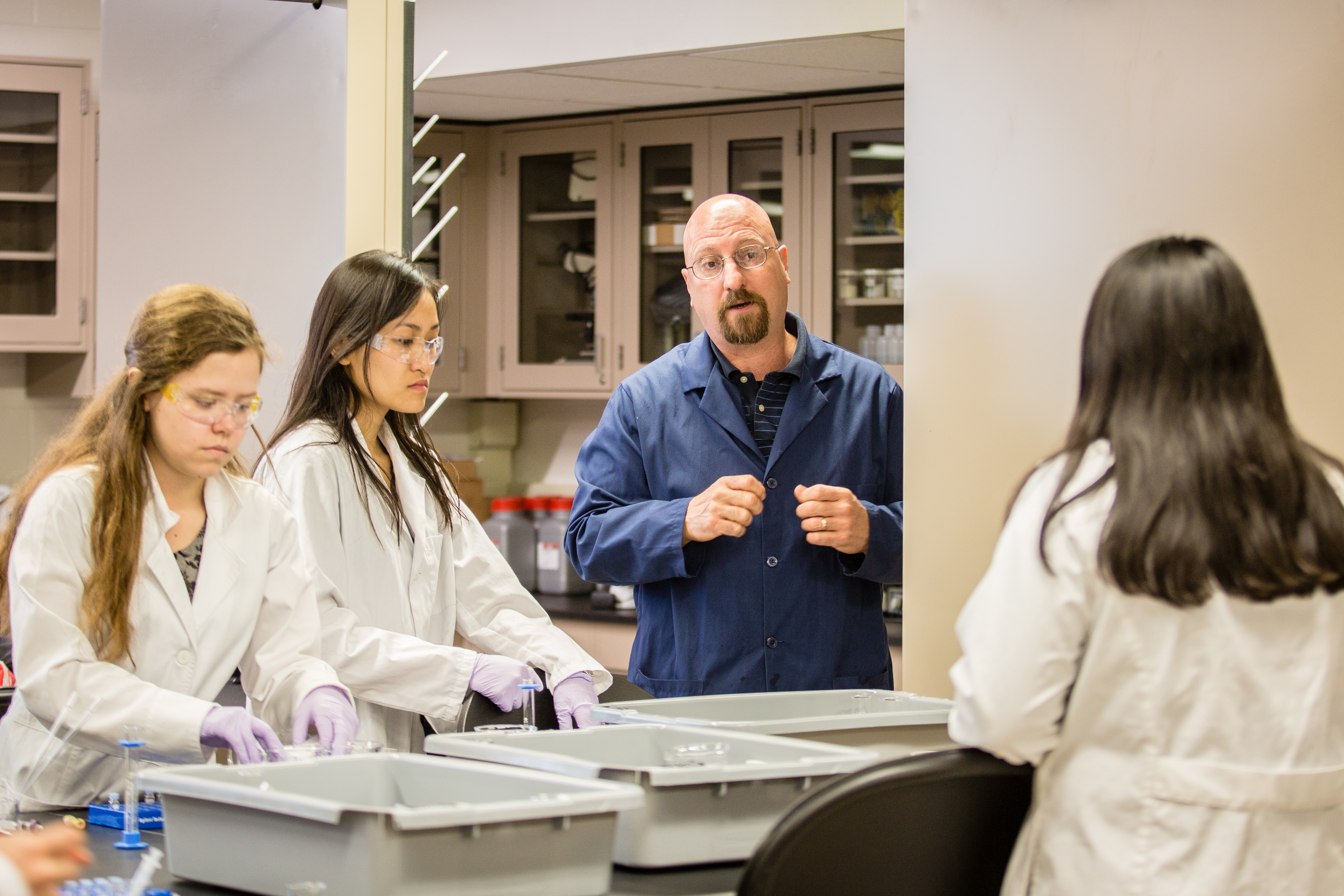 If you pop your head into one of the newly renovated laboratories in the basement of Flanner Hall, you might see a coffee grinder sitting next to a bottle of aspirin. And next to that, you might find a container of black pepper or even poppy seeds. What, you might ask, are these doing in a science lab?

They’re all everyday materials that senior lecturer James DeFrancesco and his undergraduate students examine to reveal the underlying legal drugs found within them that are often similar to illegal drugs. This is the root of DeFrancesco’s research: to understand and analyze the chemicals we consume.

DeFrancesco has been at Loyola for less than two years, but he’s already made his mark on campus, across the nation, and worldwide. For nearly two decades, he served as a forensics scientist for the United States Drug Enforcement Administration’s (DEA) laboratory in Chicago. There, he analyzed more than 4,500 drug exhibits (illegal drug evidence obtained by the agency) and participated in more than a dozen clandestine drug lab raids.

Recently, he has played a critical role in the fight against the opioid epidemic. He gave key insights into the underground synthesis of fentanyl—a synthetic opioid that is 100 times more powerful than morphine—to the UN’s Commission on Narcotic Drugs. His counsel to the group led to the recent passage of stricter international regulations on the chemicals used to synthesize fentanyl, making it harder for the drug to be produced, sold, and exported. Here, DeFrancesco talks about what people should know about fentanyl, his role in securing international controls on the drug, and his other research interests.

It’s a Schedule II controlled substance at the federal level in the United States. It’s a legitimate pharmaceutical that was developed over 50 years ago when Janssen Pharmaceuticals was actively looking for new, more effective opioids. Over the last 30 years, it’s popped up on the street, particularly in street heroin.

What do people need to know about fentanyl?

There’s no threat to the general public other than if you know anybody who has an opioid addiction and they can’t get their prescriptions anymore, they may turn to using heroin and the heroin on the street is far more powerful than they could ever handle. That’s how people overdose and die because the bad guys are replacing the heroin with fentanyl since it’s so much easier to produce. And, a lot of the news you see nowadays about opioid overdoses may involve drugs like fentanyl, or a something with new chemical structure—a lot of which aren’t even controlled.

What was your role in the UN commission placing fentanyl ingredients on a control list?

At the DEA, I analyzed a lot of heroin samples over the years. In late 2005, we noticed a rise in heroin and fentanyl overdoses and I noticed that the fentanyl I was seeing started to look like it was from a clandestine source (made on the street) based on the chemical markers present. So, that’s when CPD (Chicago Police Department) and the DEA started a multi-agency investigation. By mid-2006, we identified a clandestine lab in Mexico.  I went in there and processed the lab, collected the evidence, and witnessed firsthand how it operated. Then recently, the CNC (Commission on Narcotic Drugs) contacted me and said it wanted to know from people who had been in lab raids to get some information about what I saw and what materials I saw them making the fentanyl from. That information was used to seek out international controls.

What are the implications of this new regulation?

And finally, what other research are you working on?

I’m working with analytical chemistry professor Paul Chiarelli on several projects involving the analysis of drug metabolites in wastewater and the breakdown of antimicrobial agent like triclosan (found in soaps and similar products) in treated waters like pools and hot tubs. Lastly, the interaction of PCBs—typically chemical/industrial products—with microplastics in fresh water bodies.