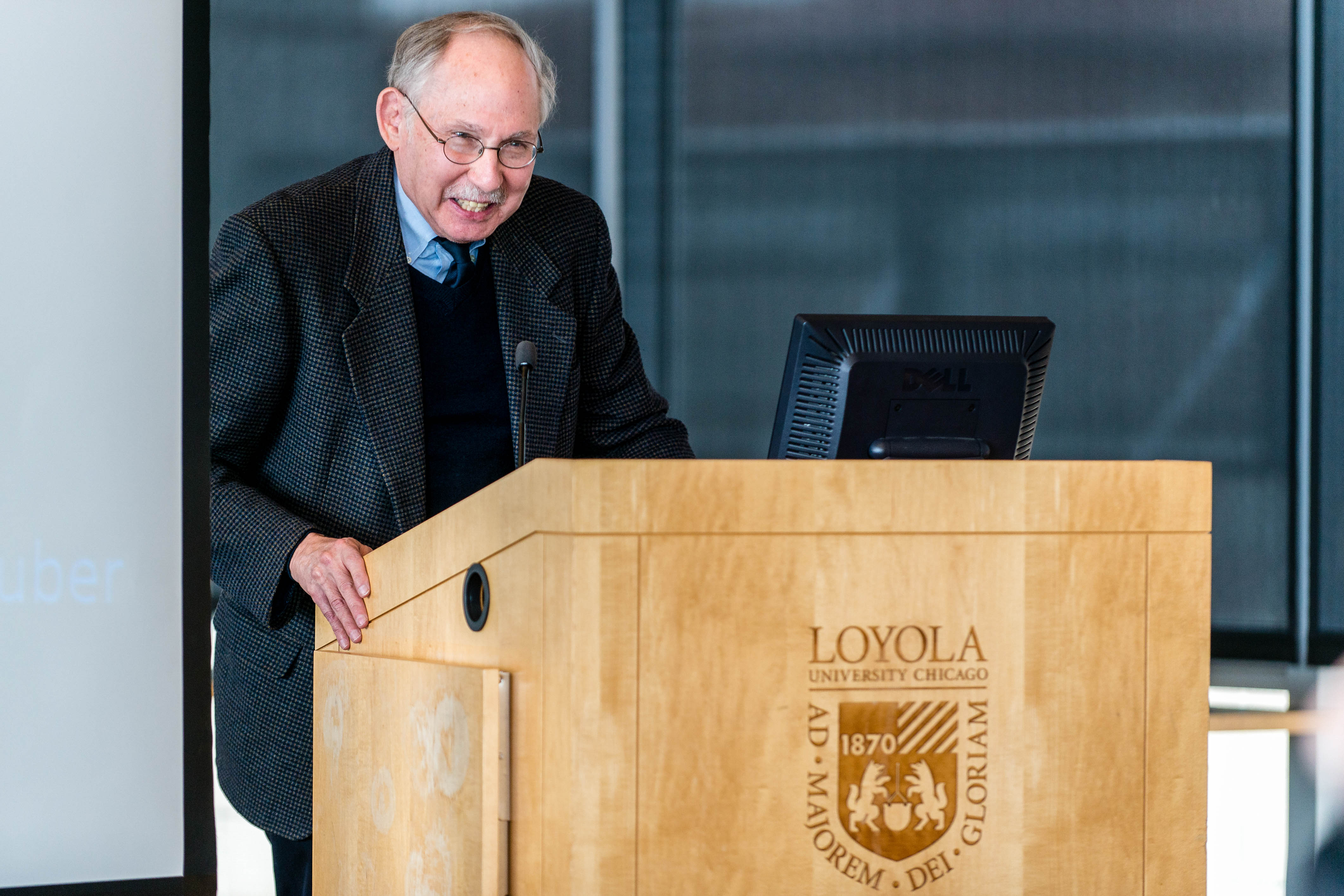 For Elliot Lefkovitz, PhD, sharing the history of the Holocaust involves not just the Jewish victims and survivors but those who intervened and rescued people.

“In every genocide there are rescuers,” Lefkovitz says. “One reason I like to teach about the rescuers and altruism is because there is a human side to everyone—this gives us encouragement and inspiration to keep compassion alive, that hopefully the sun will come out tomorrow.”

Lefkovitz said he has truly enjoyed getting to know the faculty, staff, and students at Loyola and has always felt comfortable at the University because of its values-oriented mission that encourages social justice.

Lefkovitz has seen a lot of change at Loyola throughout the years, but some things have stayed the same: the level of commitment, dedication, and engagement his students have displayed. While he says it would be very difficult to track the exact impact his class had has on students, some of his students have since gone to law school and focused on human rights advocacy.

“Every teacher has to live on hope that what you’re doing somewhere down the line will make a difference,” Lefkovitz says. “I always brought in survivors throughout the course who would say to the students ‘whoever hears a witness becomes a witness’ so that somehow, hopefully, the empathy that they feel for the survivor will translate into some active compassionate acts.”

Not only has Lefkovitz shared his knowledge with students, he has also spread awareness about the Holocaust by recording several oral histories with survivors over the past few decades. It is his mission to record as many survivors as possible to keep their history relevant so it won’t “sink into oblivion.”

Throughout the years, Lefkovitz has also collaborated with Loyola Hillel—a Jewish student group—to bring in survivors from the Holocaust and other genocides to share their stories with the University community. In early November, he helped organize “Holocaust Rescuers: Overcoming Evil,” which recognized Kristallnacht, also known as the Night of Broken Glass, the anti-Jewish attacks by the Nazi government more than 79 years ago. Attendees heard from Holocaust survivor Ida Paluch Kersz, who was rescued by Polish Christians.

“People say the Holocaust did not happen and I’m one of the witnesses—maybe one of the last ones because I was one of the youngest,” explains Kersz, who also spoke about her 53-year search for her twin brother, Adam Paluch, who was also in attendance at the event.  “I will tell their stories so people can say ‘I heard a Holocaust survivor, there was a Holocaust.’”

Though he may be retiring, Lefkovitz plans to continue to bring survivors of genocide to Loyola to educate people about the atrocities of the past.

“Teaching has been an interest of mine from the beginning,” Lefkovitz says. “It’s not just transmitting information but really trying to impart values. I focus on genocide education because so much really is about remembrance and the need to remember.”