What supernovae can teach us about the expansion of the universe 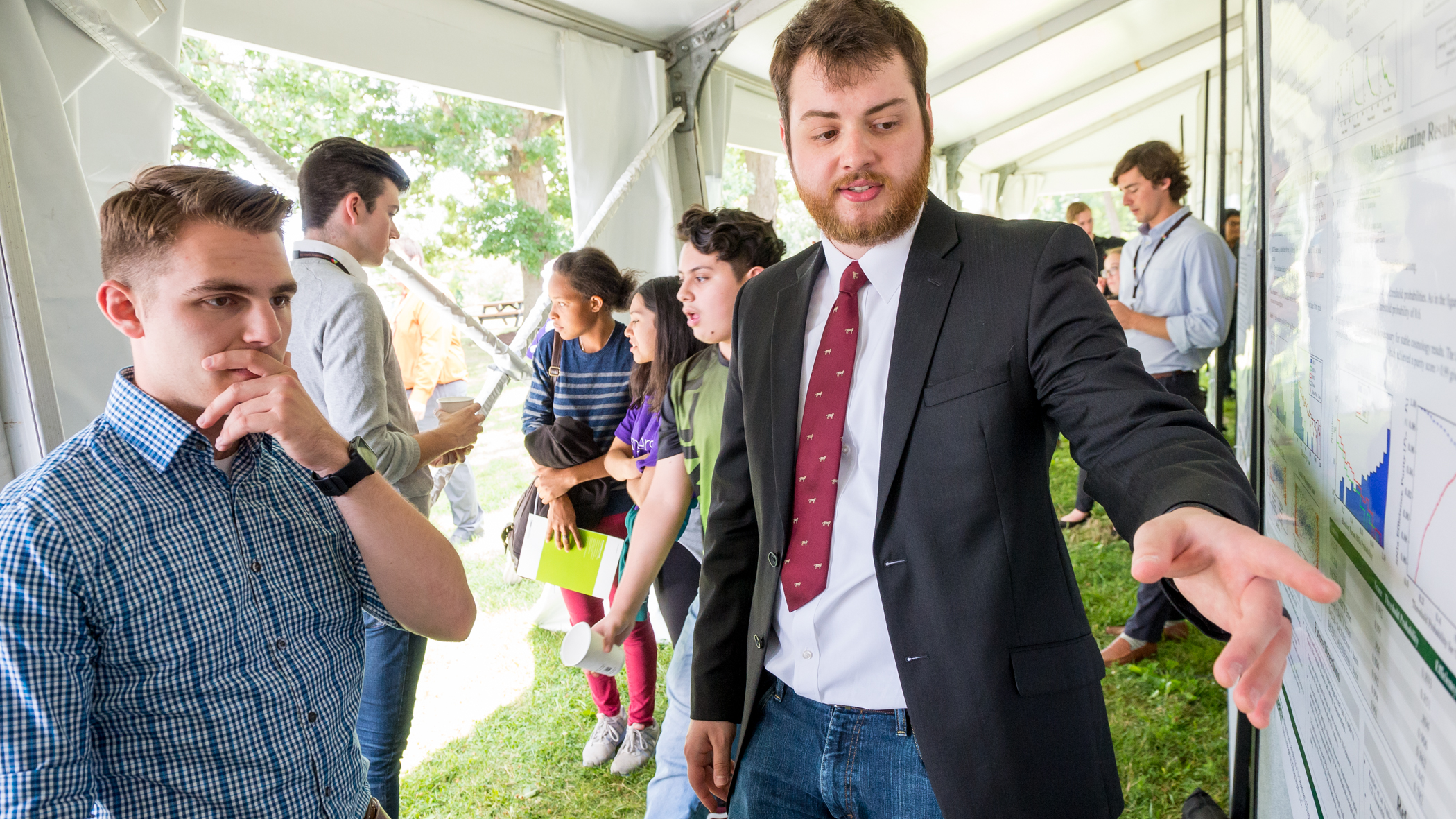 Alumnus Alec Lancaster spent his internship With Argonne National laboratory looking at data from the Dark Energy Survey to find to find a specific type of supernova. (Image by Argonne National Laboratory.)

When Alec Lancaster started his internship at Argonne National Laboratory, he knew he was getting an opportunity that many undergraduates do not receive—to study the origins of the universe. Lancaster dreamed about the stars when he was a kid, beginning his lifelong interest in cosmology. A theoretical physics and applied mathematics major, Lancaster was delighted to intern somewhere close to his home in Palatine and to fulfill his passions. At Argonne, he surveyed supernovae, or star explosions, and machine learning, which uses software to perform and run tasks with little to no human help. Here, Lancaster discusses his time at Argonne National Laboratory, the research he conducted, and how he connects his faith to the cosmos.

What types of projects did you work on at Argonne?

What I was working on was an extension of the dark energy survey, a three-year survey of the sky. It had a bunch of functions, but the specific thing I was working on was supernova cosmology. Basically, the dark energy survey has surveyed tens of thousands of supernovae—that could be an exaggeration, I don’t know the actual number—and with that data comes a problem: How do we figure out which supernovae are which and what are the different ones that are useful for us?

One of the goals of the project I was on was to parse the dataset to be able to find supernovae that are known as Type 1a. Those are basically supernova that you can use to measure the accelerated rate of expansion of the universe. Of those tens of thousands of supernovae, how do we find the ones that are Type 1a given dust extinction and light shifts. When we observe light from an outside source of the Earth it gets mutilated in very different ways and you have to account for that. A big part of the project I was working on was using machine learning to categorize certain supernovae using those parameters.

Your current internship, which is also at Argonne, is focused on machine learning and probability statistics, right?

Before I was not actually creating models, I was just working on them and trying to get them to be more user-friendly. Now I am creating regression modeling for the applied materials division.

If you could learn any specific aspect of machine learning and supernovae what would it be?

The easy answer would be what the accelerated rate of expansion of the universe is precisely, that would be pretty helpful. Seeing as that is going to take a while, I think one thing would be learning how machine learning works from the ground up.

How did you get into cosmology?

It’s always been super interesting to me. There’s a logical side and faith side of it; in high school I wanted to be a youth pastor because I wanted to do something for God with my life. Then I realized I had specific strengths in math and physics, and I was like “well, why would I be a youth pastor if I’m good at math and physics?” I’m a Christian and believe God created the universe. He created the cosmos and everything along with that. Since I had this innate interest in space anyway, I thought it would be cool to pursue that and discover God’s creation in that way.

What’s something interesting you’ve uncovered during your internship?

When you take an internship in something like cosmology and astrophysics, these are projects that have been going on for years and will continue to go on for years. With what I was doing, we weren’t necessarily looking to find something new. Of course, that is the goal of the project, but that is going to take multiple years; you can’t do that in the span of a 10-week internship. Not necessarily related to the project, but what I found most interesting about it was that I was never treated so much as an intern. I was treated as somebody who was here to do work and here to help out and pursue all the same goals as everyone else.

How do you think not being treated like another intern affects the way you worked there?

It’s great. It affected me in a positive way. I was never once told to get someone coffee. Every day I was in there doing a lot of the same work as other people. Maybe I didn’t have the same amount of knowledge as other people because I do not have a PhD yet, but I was treated with respect and I was given a lot of autonomy in the work I was doing as well. I enjoyed knowing I was contributing to the pursuit of something great. The people are all there to pursue something scientific and something great in that way. The feeling of contributing to something bigger than myself was really cool.