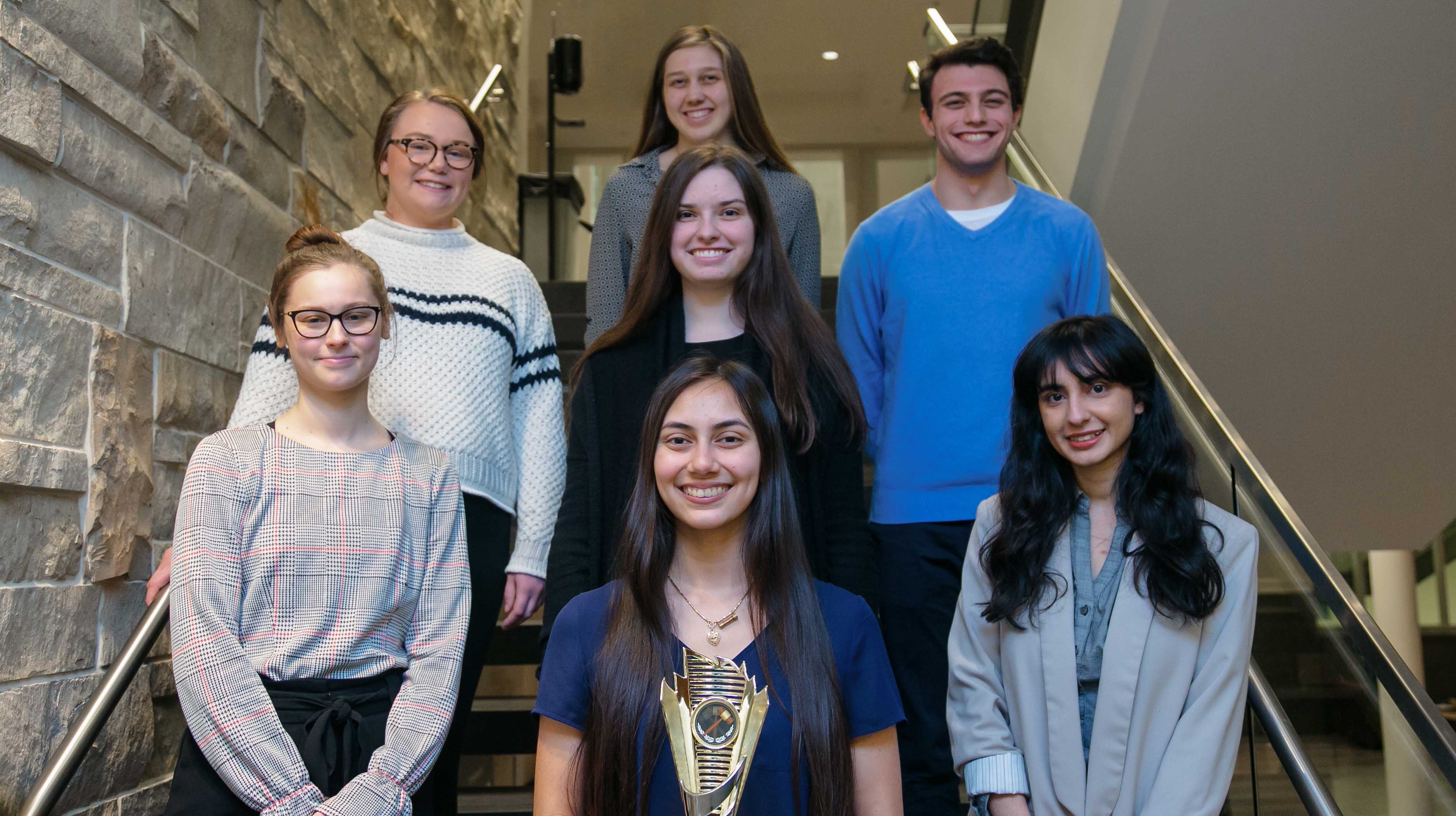 Some members of Loyola's Mock trial team with the Mary Lynn Neuhaus Spirit of Civility award they received at the 31st National Mock Trial Invitational this past January.

A group of legal-minded Loyola University Chicago students expected to have an uneventful drive to Iowa this past January for a mock trial competition but instead they became heroes. After following a Jeep for about 10 miles along a curvy road in northwest Illinois, the team suddenly saw the car roll over after hitting a patch of ice. Sophomore Alina Orentas, who was driving the other five members of the team, immediately pulled over. With the help of her teammate Josh Melton, she got out of their van to check on the other car’s driver.

"I don't think I really believed what happened for the first couple of minutes, even after I pulled over and was running out," Orentas said. But upon seeing someone in need, she acted on her first instinct to help.

By the time they got to the car, the passenger-side door was facing up, and they couldn’t see inside the car or get the attention of the driver. So Orentas hoisted Melton on top of the car to open the door. There he could see the driver, a woman in the driver’s seat with no visible head or neck injuries. Luckily there were no other passengers, so Melton pulled out the driver and she was able to walk to the team’s van while the other students called 9-1-1.

Once the woman was tended to by emergency officials, the team continued on to the tournament. After arriving at the competition, Melton spoke with the Loras College coach, who was running the tournament, where it was discovered that the woman driver had called the tournament site to thank them and let them know she was doing fine. The team thought that would be the end of their surprises, but when the competition came to a close, the team received an award for their brave act: the Mary Lynn Neuhaus Spirit of Civility award for good sportsmanship. The crowd at the tournament heard about the harrowing rescue and gave Loyola’s team a standing ovation.

While this mock trial team didn't get the expected results that they wanted, but the  entire experience has put their work as a team in perspective for Orentas, who hopes to attend law school. She said good sportsmanship and the importance of justice have guided her.

"What I have taken away from my two years of mock trial is how important teamwork and coordination are when working with a group of people," Orentas said.