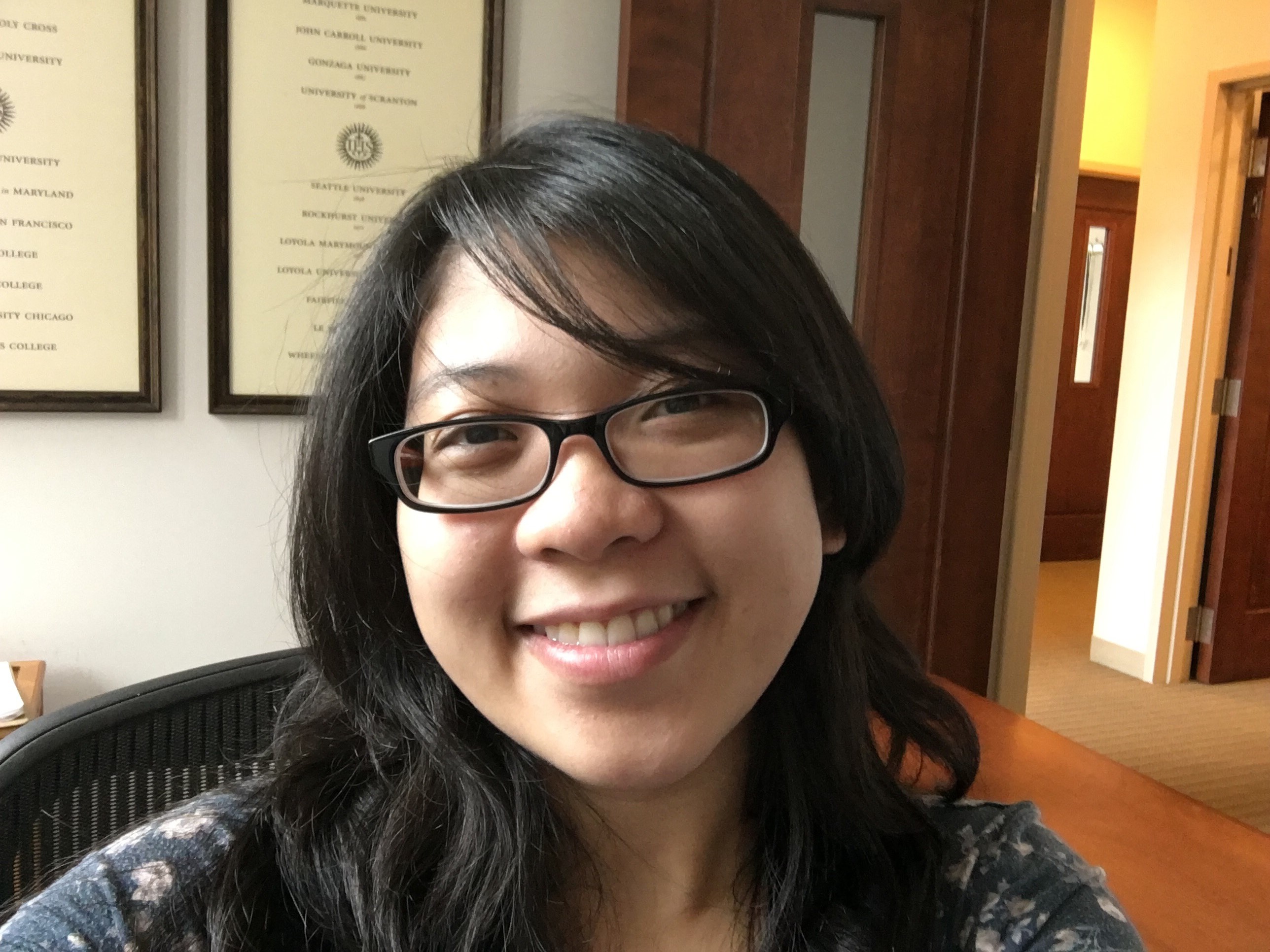 Why did you choose to become a CS Minor:  I needed more credits to graduate.

What is a fond memory you’ve had as a CS minor: I tried to get my classmates to teach me how to cartwheel during the All Things Ignatian retreat. Even though they warned me repeatedly that it was probably not a good idea, I tried anyway and was awarded with ferocious carpet burn. That was a lot of fun.

Career Goals and Aspirations: Get a LSCW, become a genuinely helpful human being.

Favorite Catholic Author: He’s technically not Catholic, but can I say C.S. Lewis anyway? If not, let’s go with Chesterton.

Best Catholic Studies class taken at Loyola:  That’s a tie between All Things Ignatian and the THEO 383 Catholic Imagination class, I think.

Most important idea of all time: I think it must be mercy.

Inspiration to do Good:  I think human beings were built to love things… if we must love things, it might as well be good things.

Central idea of Catholic thought that intrigues you: The reality of exorcisms and the spiritual world! I can’t imagine something more fascinating in a materialistic society.

Favorite Movie:  From childhood until now, it has always been The Secret Garden.

Any Body Piercings or Tattoos:  Just two: one in each ear lobe.

Crazy fad went through in the past: I was a rabid BTS fan once upon a time.

If named the president of Loyola, what would you do as your first presidential act: I’d put a ban on raising the tuition 10% every year.  It’s too late for me, but for the generations to come…

Nicknames: They call me Shanny at home. Oh, but there was a time I was known as “Giggles” in my Research Methods class.

Most Delicious Item at Portillos: Chicken parmesan? Or chocolate cake? That’s a hard one.

Guilty Pleasure: The large-sized shio ramen with extra chashuu pork from Mitsuwa in Arlington Heights. Oh, the salt… the oil… but it’s so good.

Meet anyone past or present, who would it be? Shakespeare! No, Fulton Sheen?

If you could be omnipotent, omniscient, omnipresent, or omnibenevolent, which would it be?  Is human nature compatible with omni-anything?