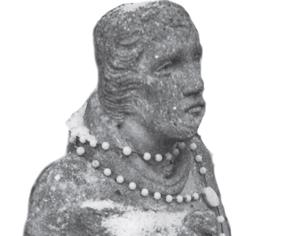 This event is hosted and sponsored by the School of Communications at LUC. For further information on this event, please contact Kelsey Day: kelseysunnyday@gmail.com.

Religious subjects in the arts abound, but are oddly lacking in the cinema. Perhaps it's too easy to be mistaken for being moralistic. But these two masterful films use the figure of St. Francis in sidelong allusions that serve their intense focus on the cinematic form. James Herbert is certainly best known for making most of REM's music videos in the early to mid-80s (including the classic *It's the End of the World as We Know It*), but in the art film world he is known for his extensive filmography that spans four decades focusing mostly on powerfully romantic, rigorously formal, richly tactile studies of youthful nudes. CANTICO (1982, 35 min.) is a bit of an odd-man-out, and uses Herbert's cinematographic techniques to evoke the story of St. Francis. Eric Saks CREOSOTE (1997, 42 min.) uses the figure of St. Francis to illuminate the true story of a boy scout who went missing in the California desert. Saks uses superimpositions and haunting black and white video to create absolutely unique and chilling images. (1982 & 1997, 77 min., 16mm and video)