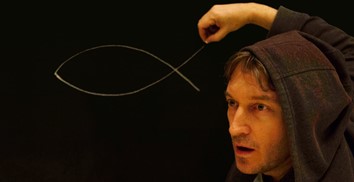 This event is by invitation only!

Fr. Drance will speak about his recent performance of *mark - a one-man play he adapted from the Gospel of Mark - at Loyola University Chicago's Newhart Theater.

For more information on this event, please contact CatHeritage@luc.edu.

From the Hank Center archive: