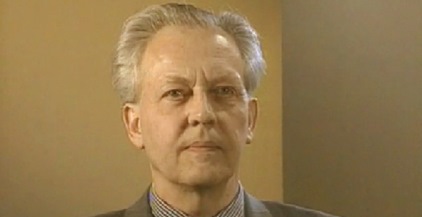 Adriaan Theodoor Peperzak was born in Java (Indonesia) as a Dutch citizen. He studied philosophy in Venraai and theology in Alverna and Weert (The Netherlands). He obtained a licentiate in philosophy at the Higher Institute of Philosophy of Louvain University (Belgium) and a PhD in the Humanities at the University of Paris (Sorbonne). His doctoral dissertation, Le jeune Hegel et la vision morale du monde (director: Paul Ricoeur), was published in 1960 and again in 1969.

Peperzak taught at various universities of The Netherlands (including those of Amsterdam, Utrecht, and Nijmegen) and, as visiting professor, at the universities of Bandung (Indonesia), Mallorca (Spain), the Scuola Normale of Pisa (Italia), the Istituto degli Studi Filosofici of Naples (Italia), the University of Nice (France), Duquesne University (Pittsburgh), Pennsylvania State University (State College), Boston College, Loyola University Chicago, Villanova University, and Stanford University, and he lectured at many others. Dr. Peperzak was until recently the Arthur J. Schmitt Professor of Philosophy in the Department of Philosophy here at Loyola University Chicago.

His research in the history of philosophy has focused on Hegel (six books and numerous articles) and Emmanuel Levinas (two books and three others edited). He also published on Plato, Aristotle, Bonaventura, Descartes, Heidegger, and Ricoeur, and on thematic questions in ethics, social and political philosophy, metaphilosophy, and philosophy of religion.