Ramonat Lecture: “Perceiving the Other: Visual Counterpoints in Blackfeet Country, 1846” 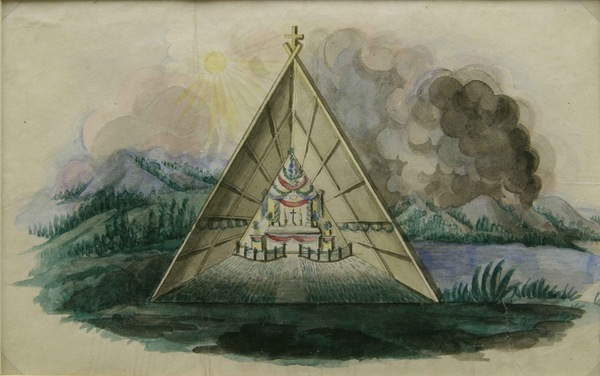 We often hear “seeing is believing,” but what of the underlying influences that shape our perception? Dr. Sally Thompson provides an opportunity for us to explore this subject through the visual record created by a French Jesuit priest and a Blackfoot man in the 1840s.  Paintings from a fur trade fort and hunting camps provide an extensive visual record of life on the Upper Missouri during that decade. The presenter has learned from Blackfeet elders about their understanding of both artists’ records. The audience will be invited to consider how an individual’s background and beliefs shape his or her perception. Discussion will follow the slide presentation.

Dr. Thompson has spent over thirty years working with the native tribes of the West. Trained as an anthropologist (Ph.D., CU, Boulder, 1980), she has worked as an archaeologist, ethnographer, and ethnohistorian, with a particular interest in the period just before and at the time of contact with Europeans.

Since 2001, Thompson has traveled widely in search of information on tribes of the Rocky Mountain Mission through Jesuit records. She collected reports and correspondence from the Society of Jesus (ARSI) in Rome, and eclectic correspondence about the Mission from priests, government officials, and other observers, in addition to maps, unpublished illustrations, and contextual information from Jesuit Archives in St. Louis, Montreal, Leuven, Belgium, and Gonzaga Universities, Universities of Oregon and Washington, Washington State, British Columbia Provincial Archives, the U.S. National Archives (NARA) and the Library of Congress. She is currently working on a book that follows Jesuit journeys along ancient trails of the Interior Northwest during the era when the power base shifted from Native to White.