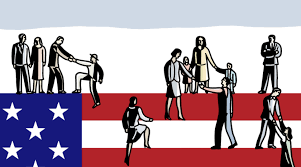 Catholics comprise roughly 23% of the US population and the “Catholic vote” has picked the winner of nine in the last ten presidential elections. Still, since Catholic choices mirror the national results, many question whether there is such a thing as a distinctive Catholic voting bloc. Join us for a rousing conversation via a Zoom forum that will draw more deeply on distinctions among the many subgroups of Catholic voters, the issues that concern them, and the regions in which they vote.
If you missed the live webinar, it is now available to view on our YouTube channel.

Upcoming Events in the Fall 2020 Catholic Thought, Citizenship, and the Common Good Series