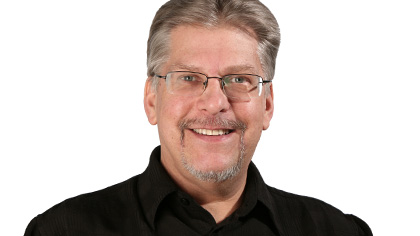 The Department of Classical Studies, the College of Arts and Sciences, and the Loyola community mourn the loss of Associate Professor Dr. Gregory Dobrov. Dr. Dobrov passed away in September 2015 after a valiant fight against cancer. His students and his colleagues remember him as a passionate teacher and a brilliant scholar.

Dr. Dobrov joined Loyola’s Classical Studies department in 1998. He made teaching the center of his work, even after he received his first diagnosis in 2011. Throughout his 17 years at Loyola, his students praised his teaching and his character in glowing evaluations. The College of Arts and Sciences recognized him as a Sujack Master Teacher in 2004. He gave the University unstinting service as the founding director for the Department’s Post-Baccalaureate Program in Classical Studies and as chair of the College’s Academic Council.

As an instructor, Dr. Dobrov eagerly shared his love of ancient Greek with all students, introductory and advanced. He inspired them with the wonders of the language, so that they too could feel its larger impact as well as recognize finer points of grammar and syntax.

Particularly dear to Dr. Dobrov was his Friday evening advanced Greek course, which one student described as “a mixture of food, drink, and laughter together with a fantastic education.”

Dr. Dobrov taught all his courses with characteristic wit. Humor and modern pop culture in his hands made classical literature more accessible to his students. He was a world expert on ancient Greek comedy, and a fan of modern comedy as well. Reviewers of his books describe his scholarship as sophisticated, perceptive, and innovative.

From 1988, Dr. Dobrov published 15 articles or book chapters on Aristophanes, and edited three collections of articles on Greek comedy. Particularly notable was his Figures of Play, which explored the interaction between comedy and tragedy in ancient Athens. Even in his illness, he continued his research, exploring doctrines in early Byzantine hymnography in a study entitled The Gospel of Hades: The Greek Myth and the Invention of Pascha.

Dr. Dobrov left his students, colleagues, and family a tremendous legacy. He was an exemplary teacher, scholar, and person. His spirit remains with those whom he graced with his humor, caring, and passion.