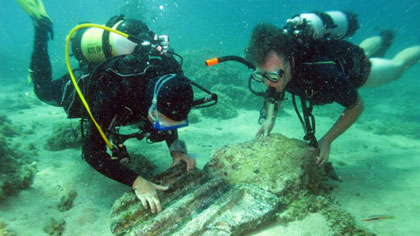 Justin Leidwanger (B.A. 2001, Classics) was awarded the prestigious Cotsen Grant from the Archaeological Institute of America. Now an Assistant Professor of Classics at Stanford University, Leidwanger used the award to direct an underwater excavation, the Marzameni Maritime Heritage Project in Sicily. In this report by the AIA, Leidwanger shares what his project has accomplished so far and how his time at Loyola introduced sharpened his love of the ancient world.