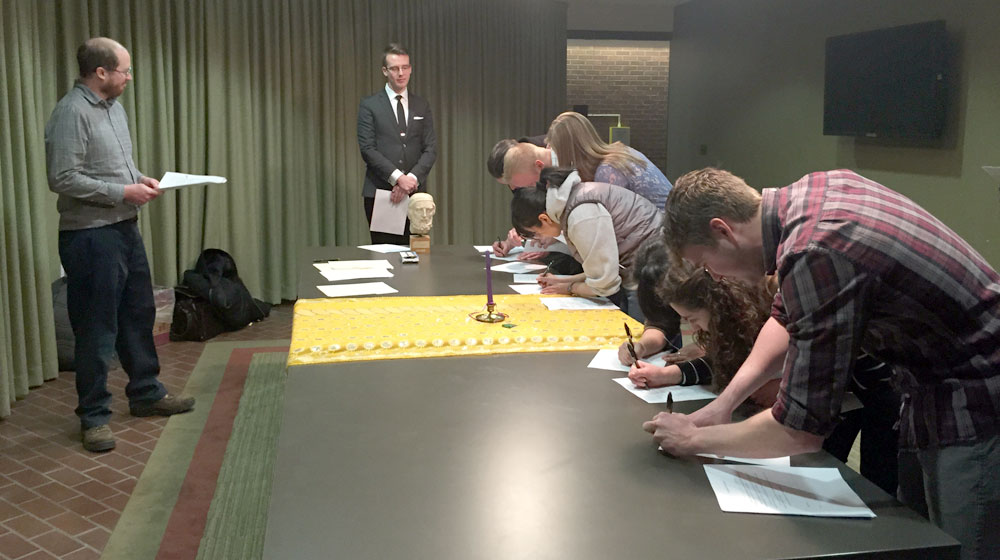 Eta Sigma Phi, a national honor society, recognizes excellence in the study of Latin and/or Greek. Its members contribute to the promotion of classical studies and participate in a number of campus and national activities. The organization has its roots in Chicago, when classical studies organizations at the University of Chicago and Northwestern University merged and then went national in 1924. The Iota Sigma chapter of Loyola University Chicago is among the newest local chapters, formed in 2012, and this year adds nine new initiates to its growing numbers.