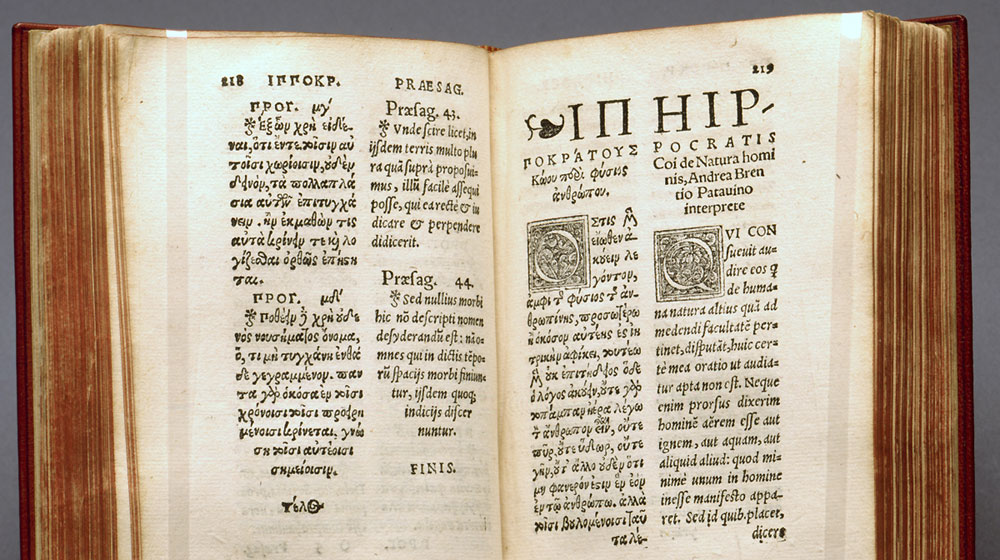 Is this just Greek to you? Then take some classics classes!

** For the most up-to-date schedule and instructors, see LOCUS. **

In this foundational course of literary studies, students read closely and analyze carefully a representative variety of prose, poetry, and drama, master key literary and critical terms, and explore approaches to the analysis and interpretation of literature. Selections focus on Greek and Roman literary works and their receptions. Fulfills Tier 1 Literary Core requirement (note: Classical Studies majors and minors are exempt from this requirement).

This course focuses on Greek and Roman literature involving myth and how ancient and modern peoples use traditional narratives, characters, images and conceptions to explore, explain, and experiment with ideas about themselves and their surroundings in their historical, social, cultural and intellectual contexts. Fulfills Tier 2 Literary Core requirement; counts for the minor in Shakespeare Studies.

This course centers upon the epics of the ancient Mediterranean world, their nature and significance, and, especially, the concepts of heroes and heroism. Students examine the Homeric Iliad and Odyssey and Vergil's Aeneid and place these epic poems into their historical, social, and cultural contexts. Fulfills Tier 2 Literary Core requirement.

This course introduces students to ancient Greek and Roman tragedy, the authors of those tragedies, their social, historical, and cultural contexts, and to the performance-circumstances of extant Greek drama. The works of Aeschylus, Sophocles and Euripides are the focus. Fulfills Tier 2 Literary Core requirement; counts for the minor in Shakespeare Studies.

This course explores how ancient Greeks and Romans practiced and interrogated the 'craft of speech' (rhetorike techne), specifically persuasive speech, especially as it would be delivered in public settings. Fulfills Tier 2 Literary Core requirement.

Not sure which level of language is right for you? Want to know how to use Latin or ancient Greek for your language requirement? Find all the answers here!

LATN 101: introduction to the language – no prior experience

GREK 101: introduction to the language – no prior experience

This course focuses on the ancient Greek and Latin roots of terminology relating to the sciences, especially medical science. The development and changes in the scientific paradigm are explored through readings in translation of a variety of ancient thinkers from Greece and Rome.

This course focuses on the history, as well as the literature, art, culture and society of Archaic Greece (about 750-480 BCE), the precursor of Classical Greece. Students examine the significant political, cultural and social accomplishments, as well as the events, institutions, and major figures of the age. Fulfills Tier 2 Historical Core requirement.

This course investigates the historical development of the Roman people through study of their history, politics, society and culture especially in the 1st centuries BCE. and CE, the turning points of Republican and Imperial Rome. Fulfills Tier 2 Historical Core requirement; counts for the minor in Shakespeare Studies; cross-listed with ROST 276.

This course focuses on the practices of and attitudes toward athletics of the ancient Greeks and Romans. Students should be able to demonstrate knowledge about the educational, philosophical, and political significance of athletics from Homeric times through the Roman Empire. They should be able to assess and interpret written, artistic and archaeological evidence relating to ancient athletics.

This course is an introduction to the art of the ancient Greek world from the Bronze Age through the Hellenistic period (to c. 50 B.C.E.), focusing on major trends and developments in Classical Greek architecture, sculpture, pottery and painting through close study of individual examples. Fulfills Artistic Core requirement; cross-listed with FNAR 336.

Capstone for Majors and Minors

CLST 383 The Humanism of Antiquity I

This course is centered on extensive readings of classical authors from Homer to Plato, tracing the evolution of aspects of human belief. Students will explore the nature of the human individual and the relationship of the human person both to the material and spiritual world while interpreting ancient Greek texts concerned with these issues and topics.