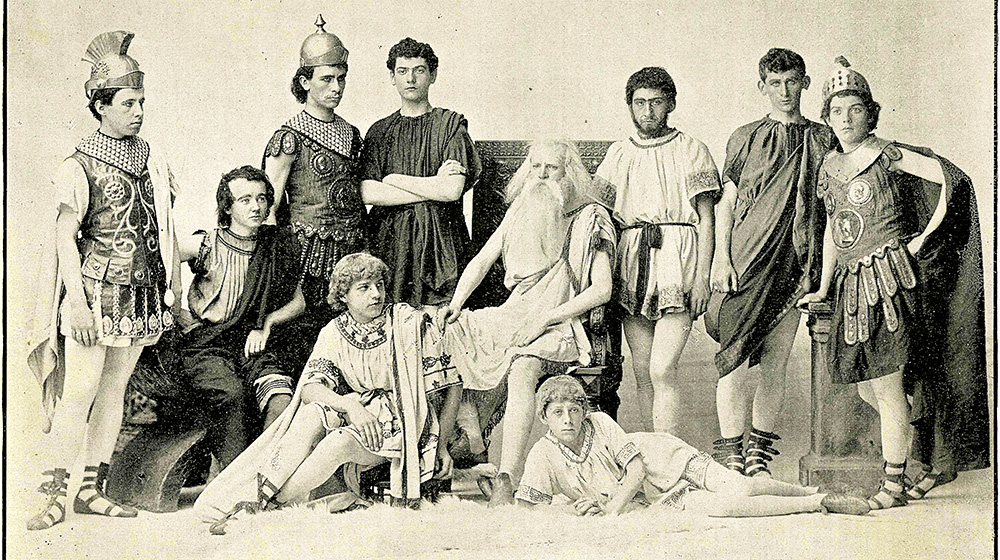 Thank you to all who joined us for the 2021 Callahan lecture, presented by Dr. Christopher Polt, Boston College on March 22 -- "urbs procul est, urbs magna, Chicago”: Latin Drama, Jesuit Education, and the 1893 Chicago World’s Fair.

The recording of the talk is now available to watch on the Loyola youtube channel!

Abstract: Performances of Latin drama stood at the core of Jesuit education from its start, and in the late 19th century they took on complex new significance as Jesuit schools in the U.S. sparked renewed interest in their production. This talk explores how Jesuit educators saw theatrical performance in Latin as a means not only of student formation, but also of self-promotion and self-defense during a turbulent period in U.S. higher education and Catholic immigration history.

Dr. Polt is Assistant Professor of Classical Studies at Boston College. He is the author of Catullus and Roman Comedy: Theatricality and Personal Drama in the Late Republic (Cambridge 2021) and has published widely on Latin poetry, animal fable, props in ancient theater, and Roman translation practice. He is currently writing a book about C. S. Lewis' conception of the Classics and working on a long-term project on the reception of ancient Mediterranean art and culture in animation, especially by the Walt Disney Company.

This lecture is part of the 150th Anniversary Series in celebration of the history of Loyola University Chicago. The Callahan Fund for the Promotion of Classical Studies, named for distinguished alumnus John F. Callahan (A.B. 1933, A.M. 1934), allows the Department to host guest speakers, run workshops and conferences, and put on other programming of interest to the wider community.

Check out these photos from a past Latin-play performance of our own!