Books, History, and the History of Books 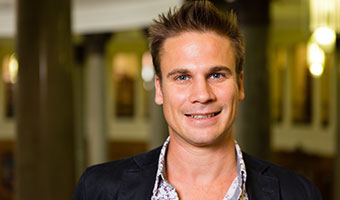 Dr. Mussell's research focuses on nineteenth-century media. His first book, Science, Time and Space in the Late Nineteenth-Century Periodical (Ashgate, 2007) looked at the way the forms of nineteenth-century periodicals affected the content within their pages.  While this book was in press, he worked on the Nineteenth-Century Serials Edition (2008), a major edition of six periodicals and newspapers.  This work led to his second book, The Nineteenth-Century Press in the Digital Age (Palgrave, 2012), which considered how the digitization of the nineteenth-century press changes our understanding of both press and period.  In addition to running an AHRC research network and editing books and journal, he has been the editor of the Digital Forum in the Journal of Victorian Culture since 2009.

Dr. Mussell will be speaking through the kind invitation of Paul Eggert to his Textual Criticism class. Paul has generously welcomed all interested to attend the talk. If you would like to attend, please shoot Kyle Roberts (kroberts2@luc.edu) a quick email so we can have a head count.