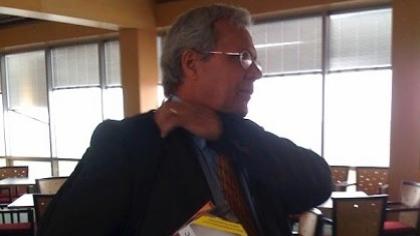 The CTSDH bids farewell to Peter Shillingsburg, Professor of English and the first Martin J. Svaglic Chair in Textual Studies, 2008–2013, who retires this month. A distinguished textual studies theorist and practitioner, Professor Shillingsburg spearheaded the initiative that led to the founding of the CTSDH in 2009. He has remained inspirational leader and collaborator in its research projects, and has led the way in its funding efforts and programs, including, for example, creating a series of day conferences, co-sponsored by the Center and co-organized by various members of the English department, on issues related to textual studies in various fields. Although he’s retiring this month, he’ll be maintaining that day-conference series during the 2013–2014 academic year. Everyone at the CTSDH gratefully wishes Peter all the best.