Mark E. Lococo is Named Chair of the DFPA 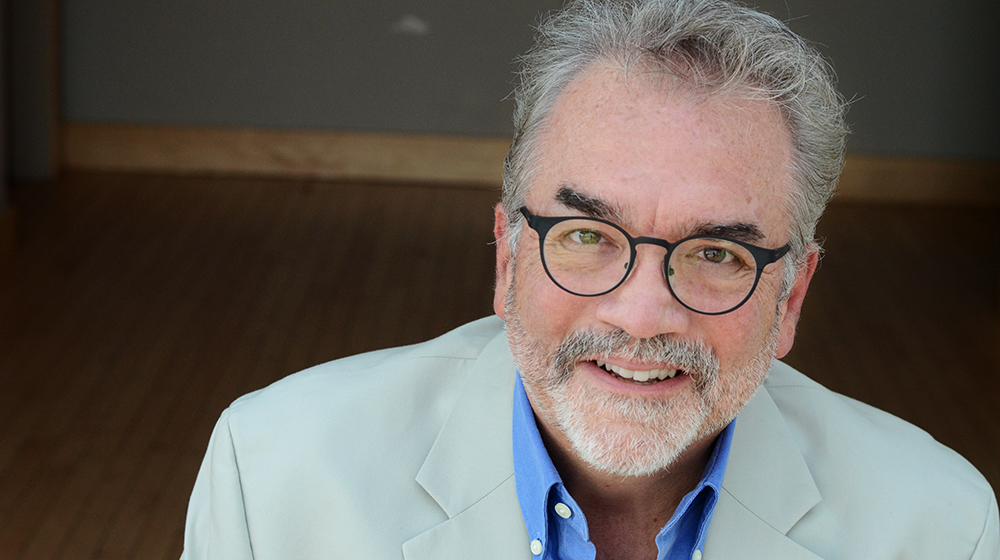 Professor Mark E. Lococo, PhD, has been named Chair of the Department of Fine and Performing Arts (DFPA) at Loyola University Chicago. The Provost approved Dean Regan’s recommendation for the appointment earlier this spring. Professor Lococo has been teaching and directing theatre productions in the department since 2007 and served Director of Theatre from 2007-2020. His new appointment begins July 1, 2020.

Lococo is succeeding Professor Sarah Gabel, Ph.D, who is retiring this year after three decades of teaching, leadership, and service to the department and University.  Since 2007, Lococo has overseen several curricular revisions in the areas of Theatre History/Literature and Design/Technology. He helped create the Musical Theatre and Shakespeare Studies minors. As an administrator, he served as the Chair of the DFPA Promotion and Tenure Committee and the department’s Assessment Committee. He has also been on the advisory board for the Center for Ignatian Pedagogy at Loyola. In addition, Dr. Lococo has been instrumental in forging relationships with the English and Political Science departments and has been a key player in the department’s partnership with Pivot Arts, a Chicago-based incubator of multidisciplinary performance in non-traditional spaces, on whose board he has served since 2012. He has served in a number of elected positions in the Association for Theatre in Higher Education (ATHE) including the Annual Conference Chair in Washington, DC in 2012.  He is also active in NAST, the National Association for Schools of Theatre, and serves as a visiting evaluator for schools seeking accreditation. “Mark’s vast array of experiences in higher education, as well as his passion for teaching, belief in the transformative power of the arts, collaborative spirit, and commitment to social justice make him the logical choice to become the second DFPA Chairperson,” said Gabel.

Professor Gabel has been teaching in the department since the 1989-90 academic year and served as Chair since 2000. “Dr. Gabel’s tireless work towards the aspirational goal of developing each major, minor, and interdisciplinary program within the DFPA into a pre-eminent, liberal arts-based training program in the highly competitive Chicagoland area can definitely be considered a job well done, and our community is immeasurably richer for it,” said Lococo. Reflecting on Dr. Gabel’s impact on the department, Lococo adds, “That she was able to accomplish so much (including the development of four new minors or concentrations, the supervision and production of hundreds of public performances, exhibitions, concerts) with kindness, fairness, enthusiasm, and joy is to be celebrated.” Throughout her tenure at Loyola, Professor Gabel has also served the wider university community through her committee work, including the Academic Council for the College of Arts and Sciences, Faculty Council, the 2009-2014 Strategic Plan Steering Committee, and the College of Arts and Sciences Restructuring Task Force.

Lococo is currently working closely with Dr. Gabel and departmental staff to ensure a smooth transition and transfer of institutional and departmental knowledge. In addition, Lococo is partnering with Lee Keenan, Senior Lecturer in Theatre, as he prepares to succeed Lococo as Director of Theatre. These leadership appointments are taking place in the wake of unprecedented changes in the University due to the COVID-19 pandemic and broader social movements for racial justice taking place across the nation. Lococo reflects:

In the last months, we’ve been speaking candidly about trauma, loss, and the unprecedented changes we’ve faced, some so profound that they threaten our very well-being. Now, as we continue to do so, it’s time to review them as we transition to the future, and learn from these frightening and painful elements how to move forward, to be better, and to take advantage of our perspectives as artists to embrace the passage of time and change.

Professor Lococo received his BS, MA, and PhD from Northwestern University and was an Acting Apprentice at Actors Theatre of Louisville. Before coming to Loyola, he was Associate Professor of Communication and Theatre Arts at UW-Waukesha from 1999-2007. At Loyola, Dr. Lococo has directed twelve productions. Most recently, he directed Fun Home, Failure: A Love Story, Mr. Burns: A Post-Electric Play, and Elephant’s Graveyard. Last year, he directed Sentimental Journey:  A Musical Tale of Love and War by his husband Ross Lehman at the Citadel Theatre, where in recent years he has directed Vanya and Sonia and Masha and Spike, Educating Rita and Other Desert Cities. He has also directed The Gifts of the Magi and Once On This Island  at the Porchlight Music Theatre,  A Chorus Line (Joseph Jefferson Award Nomination for Best Director of a Musical) The Taffetas (Joseph Jefferson Award Nomination for Best Director of a Review) and Nunsense at the Marriott Lincolnshire Theatre, The Producers at Milwaukee's Skylight Theatre,  The Miser at the Northlight Theatre (Joseph Jefferson Award Nomination for Best Director of a Play.) In 2007, he directed Wings for the Apple Tree Theatre, where he was an Artistic Associate. Previous productions there include: Mountain, the Midwest premiere of Dessa Rose (Joseph Jefferson Award nomination for Best Director of a Musical), Uncle Vanya, the Chicago premiere of A Man of No Importance (winner of the 2004 After Dark Chicago Award for Best Production of a Musical), The Bubbly Black Girl Sheds Her Chameleon Skin, Indian Ink, Syncopation, The Dresser, The Swan, The Marriage of Bette and Boo, Waiting for Godot, and Sugar. He directed The Taffetas and The Elephant Man at the Peninsula Playhouse in Wisconsin. Professor Lococo is a 2013 graduate of the SITI Company Theatre Intensive in Saratoga Springs, NY, where he returned in 2018 to perform in Theatre Piece No. 1, a re-interpretation of the original happening by John Cage at Black Mountain College.

The Department of Fine and Performing Arts at Loyola University Chicago is dedicated to engaging the transformative power of art to enrich the individual and connect communities. The department offers students a variety of majors and minors in the areas of Dance, Fine Arts, Music, and Theatre. The DFPA serves the wider university community through its nearly 100 public programs annually.  Building on the foundation set by Dr. Gabel, DFPA students, faculty, and staff can look forward to continued growth with Dr. Lococo as incoming Chairperson.

Read Lococo's Message to the Department.