The Music Program at Loyola University Chicago nurtures talented students. Music major Megan DelSignore is among Loyola’s talented and dedicated students who go the extra mile in pursuit of their passion. Megan, currently a senior, recently composed an original piece of music, which will be performed by the Wind Ensemble at the upcoming Instrumental Showcase on November 8th. Megan will be conducting the piece as well, in her college band conducting debut.

Megan’s music journey began at the age of three. Her father, though unable to read music, taught her the piano by ear using his perfect pitch. Megan was drawn to the playing of music and decided to begin taking formal piano lessons at the age of nine. Megan also played the flute throughout her schooling and became quite an accomplished musician by her senior year of high school. 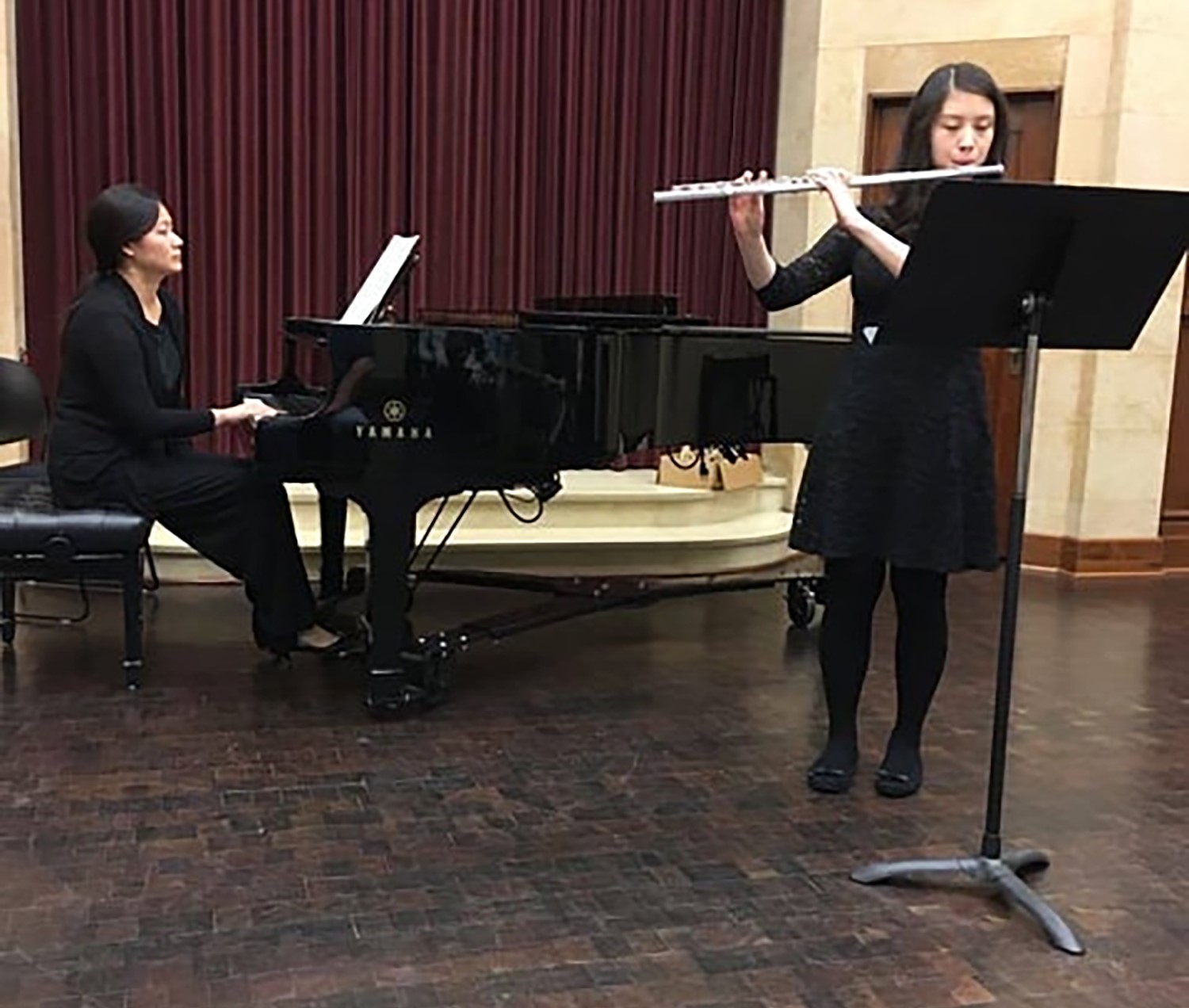 As college drew nearer, Megan, like so many students passionate about music, questioned if she could really become a professional musician one day. This is a very common concern for those about to enter the world of college music programs. Despite her doubts, Megan decided to double major in music and psychology.

Once at Loyola, however, Megan discovered that in order to pursue research in psychology she would have to give up a good portion of her musical studies. Faced with this decision, Megan realized that giving up music would not only mean giving up her passion, but part of her identity as well. With this new knowledge of herself, she took the plunge and has devoted all her time and energy to music.

Shortly thereafter, Megan connected with professors and mentors that have supported her growth as a musician. Megan stated that

“while Loyola isn’t a big ‘music’ school, I do not regret my decision to come here for music. Through my courses and working with such amazing faculty, I have had so many amazing opportunities that would not have been possible at other large conservatories.”

One opportunity Megan took advantage of was the composition courses offered by the Music Program. In Spring 2019 she began taking these classes, which led her to write a piece for the Wind Ensemble. She also planned on using the composition in her portfolio for graduate school. With the mentorship of Director of Ensembles, Dr. Frederick Lowe, she began taking conducting lessons and proposed a composition for the ensemble. Once approved, she spent Spring 2019 and the first part of Fall 2019 writing Adventure Across the Sea.

Adventure Across the Sea is a challenging yet flowingly beautiful piece. Inspired by video games such as The Legend of Zelda: The Wind Waker, a strong sense of adventure is awakened in the listeners when it is performed. Reflecting on her interest in video game music, Megan says, “the story that this kind of music captures is one of the key catalysts that inspired my love for music in general.” Megan is seriously considering composing music for video games as well as television and movies in the future.

“Composing is something I never imagined I would even be able to do. Having an opportunity to work with the Wind Ensemble is, without a doubt, the most memorable experience I have had at Loyola. I will always be grateful for this wonderful opportunity and the support of my professors for helping me take my first step in being a composer.”

Adventure Across the Sea will be performed by the Loyola University Chicago Wind Ensemble and conducted by Megan DelSignore at the Instrumental Showcase on Friday, November 8 at 7:30 p.m. For tickets, visit the Department of Fine and Performing Arts event page: artsevents.luc.edu/music.