In  2002, as a GEAR UP partner university, Loyola University Chicago designed and delivered very engaging academic outreach programs focused on post-secondary goals. One such project, Who Wants to Win a Scholarship? (WWWS?), was a uniquely productive combination of rigorous academics and cable television excitement that awarded scholarships and education-related prizes valued in excess of  $750,000 to 245 students and helped process more than 1,000 college applications.

The WWWS project logged more than 46,000 hours of academic coaching and established the model of productive intervention that continues to grow a decade later. 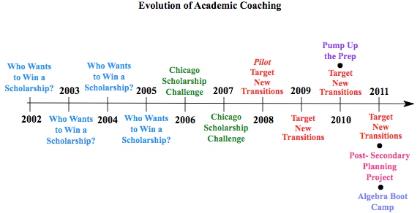