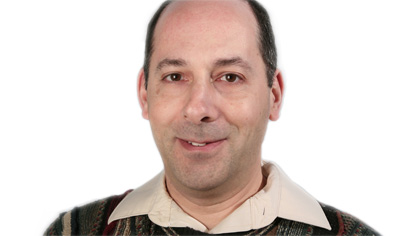 Professor, Chair of the English Department

My research focuses on modernist poetry, often at its junction with other cultural forms, such as jazz, journalism, and drama. My first book, T. S. Eliot and the Cultural Divide (2003), argued that Eliot’s relation to popular culture was richer and more complicated than critics had always assumed—and that the same applied more broadly to modernism, which was then still viewed, wrongly, as a defensive monolith hostile to all things popular. My second book, Which Sin to Bear? Authenticity and Compromise in Langston Hughes (2013), explored the challenges Hughes faced in shaping his persona and life’s work as an African American poet at the intersection of high art, popular culture, politics, and race. A Companion to T. S. Eliot (2009) and A Companion to Modernist Poetry (2014) are comprehensive essay collections that I both edited and contributed to. My most recent book, a 900-page annotated edition of Eliot’s WWII-era prose, was published digitally in 2017 by Johns Hopkins.

The same set of interests animates my classes. At the graduate level, I most often teach a modernist poetry seminar and a course on the literature and culture of the Jazz Age, in which we read popular novels, music, and films like The Jazz Singer and the Marx Brothers’ Animal Crackers alongside more canonical literature of the 1920s. The dissertations I’ve directed have covered such topics as modernist poetry and the “new sciences”; the anthologies that popularized modern verse; the poetic response to urban planning and its reconfiguration of “nature”; and the work of modernist women poets in the sonnet form.

With my colleague Pamela Caughie, I’m a founding co-director of Modernist Networks (ModNets), a consortium of digital projects in modernist literature and culture that offers peer review and aggregation services. My involvement in digital humanities revives older interests I had seemed to leave behind years ago when I put aside a higher degree in applied mathematics and career opportunities in computer programming to attend graduate school in English.

Service activities have given me some of my most satisfying professional experiences. I’ve served as president (2013–14) and interdisciplinary chair (2006–09) of the Modernist Studies Association, and as president (2010–12) of the International T. S. Eliot Society, of which I am currently treasurer and webmaster. At Loyola, I’ve been English department chair since 2018; in the past I was president of our AAUP chapter (2014–17) and of Phi Beta Kappa (2017–19), as well as director of the graduate program in English (2000–05).