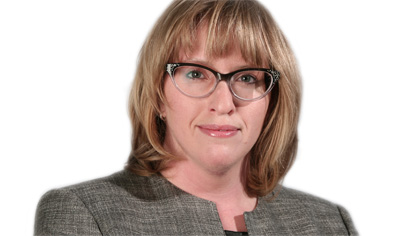 I am a literary historian to the core: I continually explore the past and the potential of the relationship between these two terms in my research and teaching. How do literary representations of experience innovate in response to shifting historical conditions? How do literary works contribute to, and even ignite, historical change?

My first book, Legal Reform in English Renaissance Literature (Edinburgh University Press, 2018), investigates the rhetorical and representational practices that were used to monitor English law at the turn of the seventeenth century. While the majority of Law and Literature studies characterize the law as a force of coercion and subjugation, my book instead treats in greater depth the law’s own vulnerability, both to corruption and to correction. Numerous writings from across early modern English culture represent disorder as the product not of ‘an ungovernable people,’ but of the legal system itself and its magistrates. I argue that the terms and techniques of legal reform provided modes of analysis through which legal authorities and literary writers alike evaluated form and character. Legal reform, together with the conflicts and anxieties that inspired and sprang from it, were represented by courtly, coterie, and professional writers. Close readings reveal that Spenser’s Faerie Queene, the Gray’s Inn Christmas revels of 1594-5, Donne’s ‘Satyre V’, and Shakespeare’s Measure for Measure and The Winter’s Tale all examine the potential, as well as the ethical and practical limitations, of legal reform’s contribution to local and national governance. The selection of texts is heavily weighted on the side of satire and comedy, capacious genres that are simultaneously critical and conservative, just like the principles and practices of historical legal reform that I uncover.

My current project, tentatively titled Comedy + Time, is a comparative and theoretical study of the shared formal concerns and crises in the history of comedy and the philosophy of history. If comedy can be understood, like other language arts, as a mode of analysis, what is it capable of saying about history and historical practice? How does historical practice, and its instrumentalization of theories of time, shape our understanding of comedy? Comedy is often considered a hyper-topical genre or practice: punchlines are steeped in the culture and politics of their time. If some forms and examples of comedy have characteristically strong relationships to their historical contexts, what can this tell us about the nature of historiography—of historical evidence, methodologies, and philosophies? At the same time, some comic conventions and characters have lasted millennia. What can these types of jokes, characters, and plots teach us about the nature of the historical and the transhistorical?

In my classes, students face the difficulties of reading historical literature head on. I present historical difference as an intellectual challenge and ultimately as an opportunity to reimagine the norms of current culture that can otherwise appear natural or inevitable.

My assignments are designed to help students overcome historical and linguistic barriers to comprehension and come to terms with materials that resist simplification and assimilation. In my Shakespeare classes, students’ analytical skills are immediately challenged by the central paradox of the playwright’s works, which, at one and the same time, represent a so-called common heritage and are utterly “foreign to us all,” distant from us in “time, language, and thought” (Dennis Kennedy). In an initial “Key Word” essay, students unlock Shakespeare’s diction one word at a time; they investigate multivalent terms using the full version of the Oxford English Dictionary, with which they can track semantic shifts in the history of the English language that reveal changing mentalities and realities. In my courses for Loyola’s Honors Program, I work with students in an interdisciplinary setting in which we examine historically influential works in order to test the dominant narratives about the progress of our culture. Students develop strategies for identifying minute details, larger contexts, and the relationships between the two—the kind of critical thinking, in other words, that is required of leaders in every field and profession.

As a scholar and teacher primarily of the English Renaissance, I am inspired by the way Loyola University’s intellectual and pedagogical heritage intersects with the sixteenth-century literary tradition’s ceaseless meditation on the relationship between thought and action. The speeches and fates of Shakespeare’s tragic heroes (Hamlet, Macbeth) readily come to mind, but the playwright also created a remarkably beautiful model of the right relationship between thought and action in the form of Viola, from the comedy, Twelfth Night. Shipwrecked in a foreign land, Viola struggles with grief after the apparent loss of her brother, but she decides to move forward by combining faith and personal resourcefulness in a new life of service—all within a brief introductory scene. Throughout the play, Viola embodies the same dynamic between self-fulfillment and service that is at the heart of Loyola’s pedagogical ethos. It is my hope that Twelfth Night begins a meditation that my students continue long after graduation.

“Quid agendum?” What ought we to do? (St. Ignatius of Loyola, Autobiography)

“And what should I do in Illyria?” (Viola, Shakespeare’s Twelfth Night)