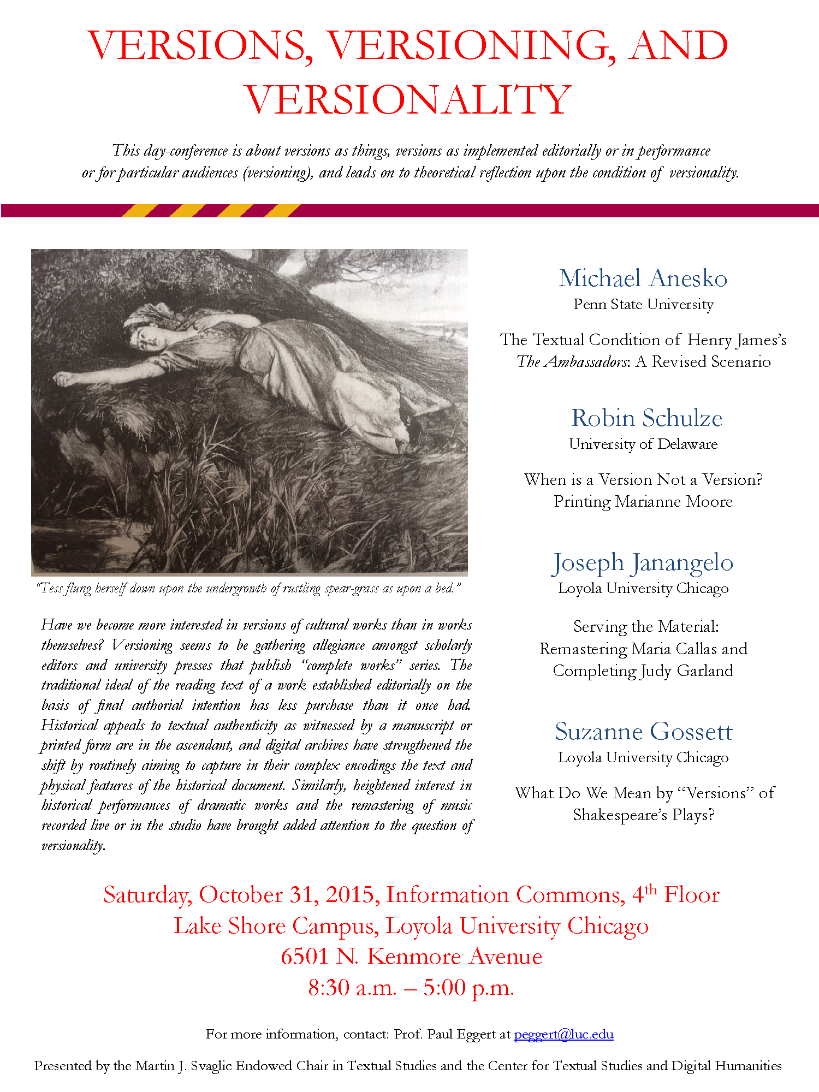 “The Textual Condition of The Ambassadors: A Revised Scenario”

Ever since 1950, when Robert E. Young (then a graduate student at Stanford) made the startling discovery that two chapters of Henry James’s self-described masterpiece, The Ambassadors (1903), had been printed in reverse order, scholars and bibliographers have been trying to figure out (and sometimes even to justify) why this happened. How could an author, renowned for his meticulous concern for matters of form, have made such a blunder? And then repeat it, when the novel was included, without correction, in the New York Edition? This paper will untangle the evidence and the conflicting claims that have thus far been advanced to propose a new scenario to help us better understand the textual condition of The Ambassadors.

Michael Anesko teaches English and American literature at The Pennsylvania State University. He has published extensively on Anglo-American literary culture, including four books that have established critical benchmarks in their respective fields: “Friction with the Market”: Henry James and the Profession of Authorship (1986); Letters, Fictions, Lives: Henry James and William Dean Howells (1997); The French Face of Nathaniel Hawthorne: Monsieur de l’Aubépine and His Second Empire Critics (2011); and, most recently, Monopolizing the Master: Henry James and the Politics of Modern Literary Scholarship (2012). He is a General Editor of the forthcoming Cambridge Edition of the Complete Fiction of Henry James and has prepared a new authoritative text of The Portrait of a Lady for that series. He is also now Co-General Editor of The Complete Letters of Henry James, published by the University of Nebraska Press.

“When Is Version Not a Version?: Printing Marianne Moore”

Modernist poet Marianne Moore took each opportunity to reprint her poetry as an opportunity to revise. Her versions spanned decades, creating a textual history so complex that Jerome McGann used Moore’s oeuvre as a key example of why eclectic editing just didn’t work. While several of my colleagues and I have tried hard to make Moore’s many versions available to readers through a series of editions that owe much to McGann’s theories, our efforts have unwittingly, I think, created difficulties for the audiences we hoped to help. Presenting Moore’s versions as social-text products (many in facsimile form), I designed my edition to give readers access to the versions they would have encountered in particular venues at particular times. Moore’s poems, however, were notoriously hard to print. Her experiments with the poetic line led to misprints aplenty, misprints that my social-text edition duplicated. Many of the “versions” that appeared in print in no way resembled the complex patterns of lines and indents that Moore intended. The effect that such “versions” had on Moore’s contemporary reception, and continue to have through my edition, demonstrate how important the material form of a poem can be. At the same time, however, such “versions” reveal that social-text editing, too, has its limitations. The “versions” of Moore's poem, “Those Various Scalpels,” offer a telling example of the difficulties that attend the editing of truly experimental modernist verse.

Robin Schulze is Professor of English and Interim Associate Dean for the Humanities at the University of Delaware and President of the Society for Textual Scholarship [www.textual.org]. Her specialties include Modernist American Poetry, Textual Scholarship and Editorial Theory, and Modernist Literature and Culture. She is the author of The Web of Friendship: Marianne Moore and Wallace Stevens (University of Michigan, 1995), and the editor of Becoming Marianne Moore: The Early Poems, 1907-1924 (University of California Press, 2002). Her most recent book, The Degenerate Muse: American Nature, Modernist Poetry, and the Problem of Cultural Hygiene, appeared from Oxford University Press in 2013. She is the co-editor, with Linda Leavell and Cristanne Miller, of Critics and Poets on Marianne Moore: “A Right Good Salvo of Barks” (Bucknell, 2005) and 1914–45 Period Editor of the Pearson Custom Library of American Literature.

Her most recent project is a full-scale digital edition of Marianne Moore's 122 notebooks, one of the great cultural and critical resources for modernist studies, which she is pursuing with colleagues Elizabeth Gregory, Cristanne Miller, and Heather White.

"What Do We Mean by 'Versions' of Shakespeare's Plays?"

Suzanne Gossett is Professor Emerita of English at Loyola University Chicago. Her scholarly writing concerns early modern English drama, including Shakespeare and his contemporaries; feminist and gender studies; and nineteenth century American literature. She has published extensively on theatrical collaboration and on Shakespeare’s late plays, as well as on the theory and practice of textual editing. She is a General Textual Editor of the new Norton Shakespeare, third edition, and a General Editor of the Arden Early Modern Drama series. She has edited Pericles for the Arden Shakespeare, Eastward Ho! for the Cambridge Works of Ben Jonson, A Fair Quarrel for Thomas Middleton: The Collected Works, Beaumont and Fletcher’s Philaster for Arden Early Modern Drama, as well as Lady Mary Wroth’s Urania, Jacobean Academic Plays and plays from the English College, Rome. From 2011-2012 she was President of the Shakespeare Association of America. Currently she is preparing the Arden 3 edition of All’s Well that Ends Well and editing the Shakespeare Association collection, Shakespeare in Our Time, which will appear in honor of the 2016 anniversary year.

Versions and versionality are endemic to the remastering of classical and popular music for new audiences. Two such remastering projects—contested and celebrated ones—will be discussed. The first is the 2014 boxed CD set, Maria Callas—Remastered (The Complete Studio Recordings 1949–1969). The second, which exists in past, forestalled and potential versions, involves attempts to compile and design a complete, or at least more coherent, version of the 1965 double-album, Judy Garland and Liza Minnelli “Live” at the London Palladium.

This paper raises several questions pertinent to Digital Humanities in contemporary textual and rhetorical practice. Textual Studies scholars have offered thoughtful ideas for assessing evidence, establishing versions, and editing written texts. What ideas might the work of remastering classical and popular music bring to this debate?

When do the salient motivations of improving sonic quality, preserving textual nuance, correcting or at least minimizing editorial errors and technical or performance deficiencies, become a tampering with rather than a serving of the material—especially when we are talking about familiar, legacy works of revered, even beloved artists?

In particular, how might such remastering projects engage their historical, embedded and evolving rhetorical situations? That work can involve editors understanding and addressing the projected audience’s knowledge and perception of the artist and their work, as well as personal memories of and opinions about the strengths and limitations of previous versions and releases.

Variant versions, including outtakes and re-edits, circulate in various forms: as material object, online on web sites, or via zip files. All of these complicate the situation. Whether in terms of attention to or actual involvement in the compiling of new versions and variants, audience interest awaits, and perhaps abets, future and potentially damaging re-releases.

In addressing these contingencies the intersections between technological advancement, archival research, and editorial endeavor in remastering projects will be explored.

Joseph Janangelo is Past President of the Council of Writing Program Administrators and a founding member of the CWPA Mentoring Project, which offers graduate students, adjunct and full-time faculty at two and four-year schools professional mentoring opportunities related to teaching, administration and scholarship. Joe is associate professor of English at Loyola University Chicago where he is the English Department’s Director of Assessment and Self-Study, and has served as the Director of Writing Programs.

His publications include Resituating Writing: Constructing and Administering Writing Programs and Theoretical and Critical Perspectives on Teacher Change. His work has appeared in College Composition and Communication, College English, Computers and Composition, Journal of Teaching Writing, Kairos: A Journal of Rhetoric, Technology, and Pedagogy, Rhetoric Review, Teaching English in the Two-Year College, The Writing Center Journal, and WPA: Writing Program Administration. 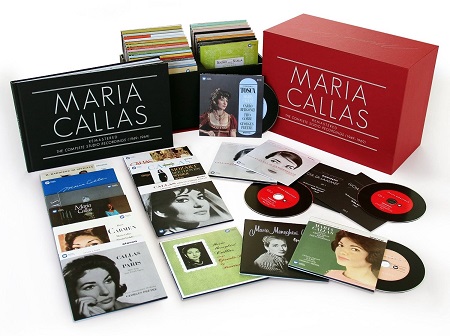 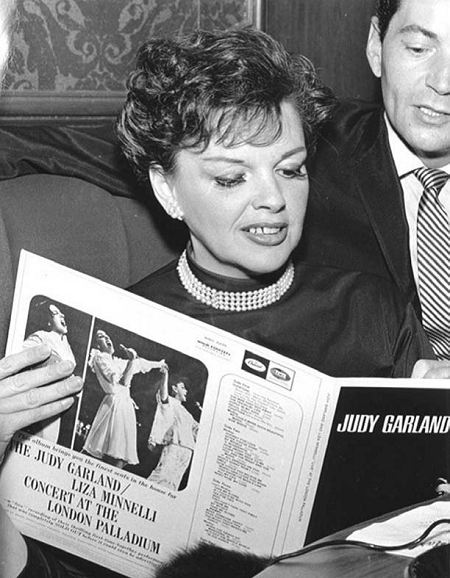