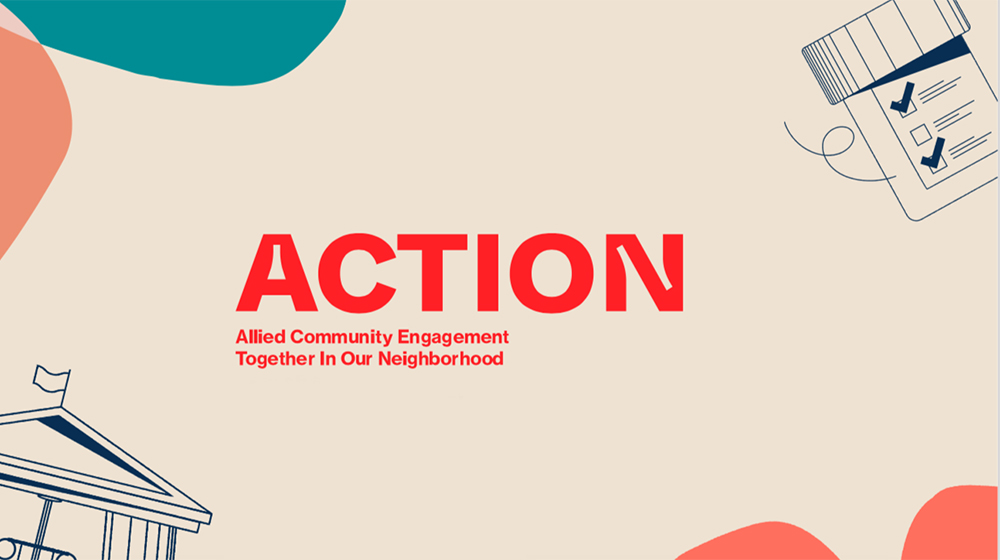 Voting is a fundamental process of our democracy. Each ballot represents a citizen’s voice. How do we ensure each eligible voice is heard? For Stritch School of Medicine student Farah Rahman, the answer to that question begins with expanding access to voting information.

“By empowering people of different racial, ethnic, socioeconomic, and literacy backgrounds with opportunities for civic engagement,” says Rahman. "We can strive toward more equitable policies that represent a larger, more inclusive America.”

A graduate of Yale University’s School of Public Health and the daughter of two physicians, Rahman is no stranger to the complexities of health care policy. Now in her second year at Stritch, she’s finding ways to connect her knowledge of medicine and public health. “At Loyola, holistic, patient-centered care is at the forefront of our education,” she says. “That’s why I came here.”

Since becoming part of the Loyola Health Sciences Campus community, Rahman has wasted no time in achieving that goal. During her first semester, she created the ACTION Project (Allied Community Engagement Together in our Neighborhood) and, by February 2020, secured funding from the New York Academy of Medicine. 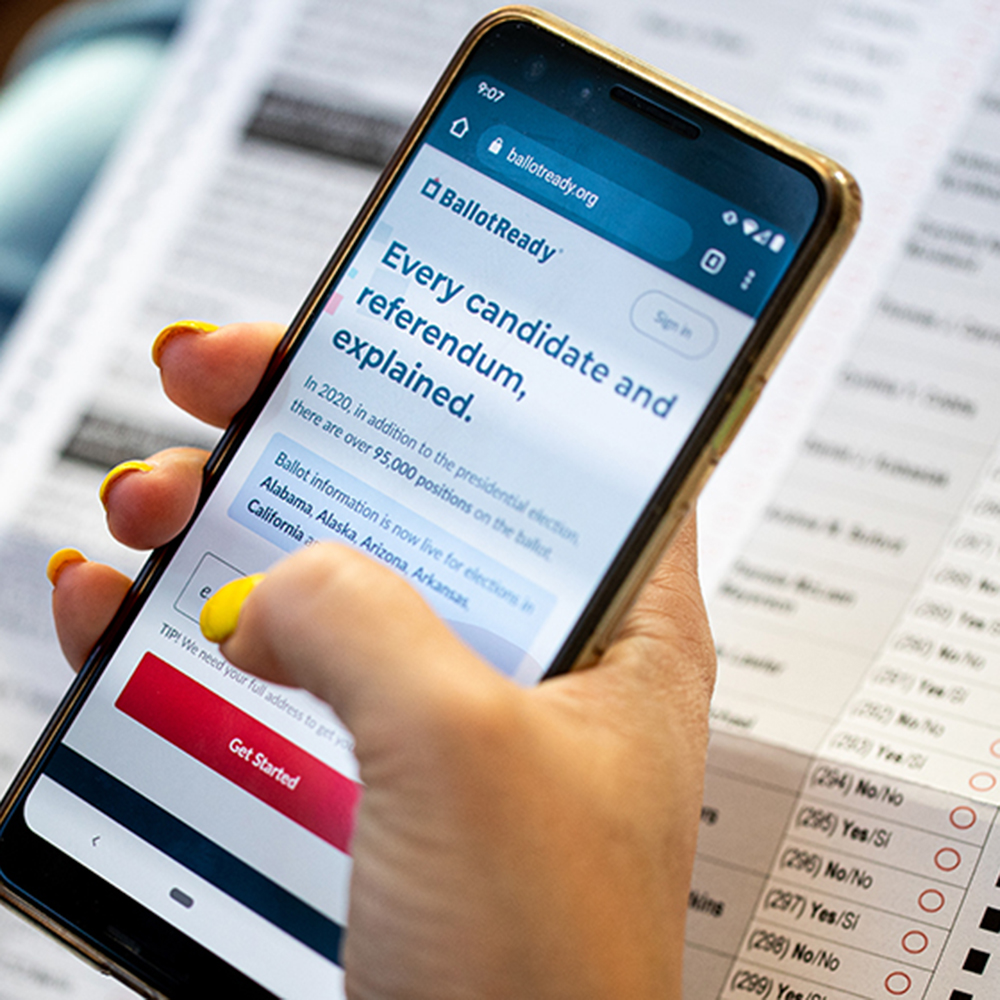 In an election season where voting takes on new risks and higher stakes, the Loyola University Chicago community is diligently and creatively engaging voters. Read more. 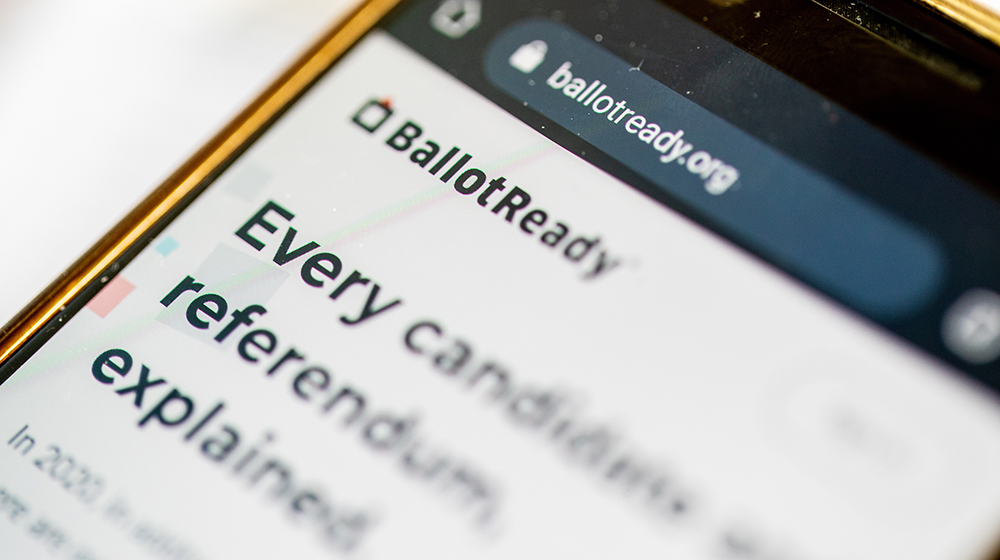 “At the end of the day, I hope the ACTION Project can improve health equity in Cook County and beyond.”

The ACTION Project addresses voting disparities by connecting with first-time voters in a new location: their family health clinic. “You need your ID and Social Security number at your doctor’s appointment; you have free time while you wait for your appointment,” she says. “It makes sense.”

While the idea addressed a pressing problem in the electoral process, it took on even more significance when the COVID-19 pandemic took hold in March. “Because of COVID-19, people may not be frequenting [traditional registration locations like Department of Motor Vehicles offices or malls], but they are going to their doctor’s appointments,” says Rahman. “ACTION is an out-of-the-box solution.”

Armed with masks, iPads, and matching t-shirts, Rahman and more than 50 volunteers held voting registration drives at the Loyola Center for Health on Roosevelt in Maywood. Over the course of three-and-a-half months, they helped eligible voters register online and request mail-in ballot applications, as well as provided general election information.

According to surveys collected from 148 patients, 93 were registered voters. Of the remaining 55 people surveyed, ACTION Project volunteers registered 48 (87 percent). They also helped more than 75 people request mail-in ballots, including one elderly woman who was confused when her initial application was rejected. “This is a big help,” the woman says. “Seniors need all the help we can get, [because] many of us don’t have access to computers to register online.” 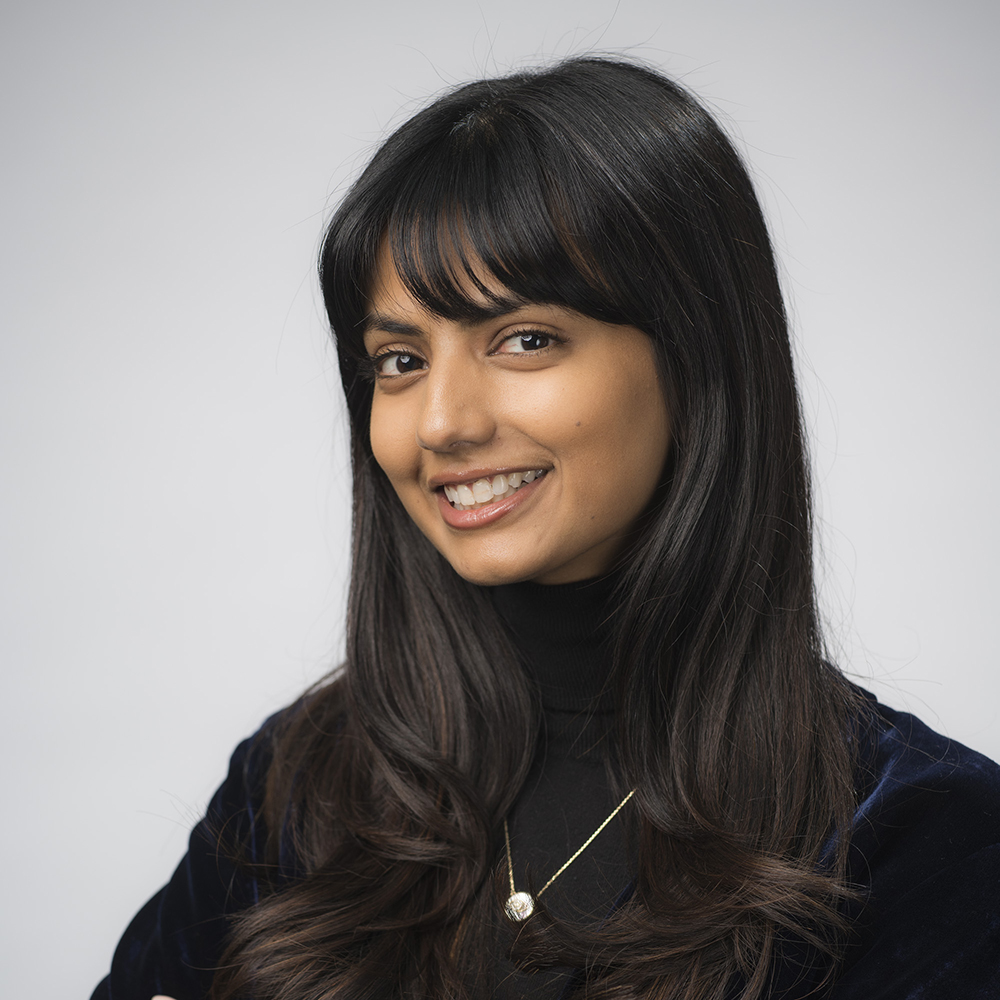 After being named the New York Academy of Medicine’s David E. Rogers Fellow in February, second-year medical student Farah Rahman took the virtual stage in September to share the results of ACTION Project.

Patients (79.7%) agreed that this is a service they would want to see in more medical spaces.

Of patients that were unregistered to vote were registered by ACTION Project volunteers.

But the interactions aren’t just helping patients. Rahman believes ACTION Project is also making an impact on the volunteers. In fact, she plans to conduct a follow-up study to measure how the exercise of registering voters affects medical students’ clinical training. “We are engaging patients in a whole new way,” says Rahman. “Speaking with our volunteers, I find they are more comfortable talking to patients about topics other than health care.”

While ACTION Project will end its registration drives for the 2020 election on October 18 (the deadline for online voter registration in Illinois), its work isn’t over. Rahman plans to expand the project to as many medical schools as possible by the 2024 election and has received inquiries from two Chicago-area universities interested in participating.

“As a physician, my responsibility to the patient doesn’t stop at the doors of the hospital or clinic,” says Rahman. “At the end of the day, I hope the ACTION Project can improve health equity in Cook County and beyond.”

You can get involved in ACTION Project by joining its photo campaign. All you have to do is visit their website, print a PDF that reads "My 2020 ACTION item is..." and share your election-related goal.

Get out the vote

Still aren't sure how to make your voice heard this November? Loyola's Office of Civic Engagement has you covered. Find more information about how to register to vote; how to vote; and how to figure out who you want to vote for, both in and out of Illinois.