First, you wake up to the loud tones of your smartphone’s alarm clock. Stumbling out of your top bunk, you use your phone’s flashlight app so you don’t wake up your roommate. Then, on the train ride to class, you scroll through your Twitter feed, “like” a friend’s new profile picture, or send a good morning text to your mom. 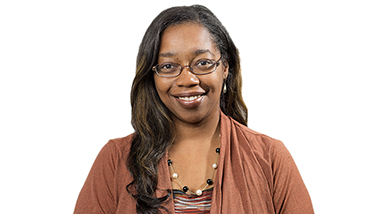 Such is the life of Loyola students and the two worlds they live in: the bustling city of Chicago and the virtual world displayed on their smartphone screens.

Loyola instructor Richelle Rogers takes her communication and new media students out of their virtual world by assigning them a “tech fast”— a weekend without smartphones or computers.

“The purpose of the tech fast is to help students see new media through a different lens,” said Rogers, who assigns the fast every semester. “Most students describe themselves as digital natives, so I’m asking them to take a step back and strictly become an observer of technology’s impact on our everyday lives.”

Rogers’s course, which is required for all School of Communication students, examines the way we interact online and in person through technology. For many students, going a weekend without using a smartphone would be a nightmare—like  walking around campus without wearing any pants. But Rogers has her students go unplugged for a few days, and it opens many of their eyes to their reliance on technology.

“We all think that we know how to plan ahead, but we don’t,” sophomore Breana Drozd said. “Our generation does things based on impulse.... You remember that you need something from the grocery store at the last minute, so you call someone. You decide that you want to meet somebody for coffee, so you shoot them a text.

“Not having that luxury was difficult, and I had to really think about my plans for the day before leaving for class.”

“I forgot to contact friends to set times to hang out,” he said. “I didn’t realize how impossible it was to reach them. I didn’t have their numbers memorized or in written form anywhere.”

Others, like freshman Danielle Sullivan, gleaned a big benefit from the weekend: more sleep.

“I woke up feeling well rested,” Sullivan said. “I slept soundly without the temptation of online shopping or Tumblr to steal my snore time, or the buzzing on the bedside table to wake me in the night.”

This has inspired her to change her habits for good.

“I no longer use my phone or computer while lying in bed before falling asleep,” she said.

Almost universally, the students said they became more aware of their surroundings.

“I was surprised how much I noticed,” Drozd said. “For once, my eyes were actually open and focused on my surrounding environment. Everywhere I turned, my peers all had their eyes glued to their technological devices, even if they were sitting with a group of friends. For the first time, I realized how problematic our over-indulgence in technology was becoming.”

Letting go of the phone let many of the students enjoy some of the simpler pleasures in life.

“Almost all of the students write about the shuttle rides to and from the Lake Shore and Water Tower Campus,” Rogers, the instructor, said. “Several students admitted before the tech fast they never really looked out the window or had a meaningful conversation on the shuttle.”

Now, maybe more students will enjoy the lake instead of their screens.