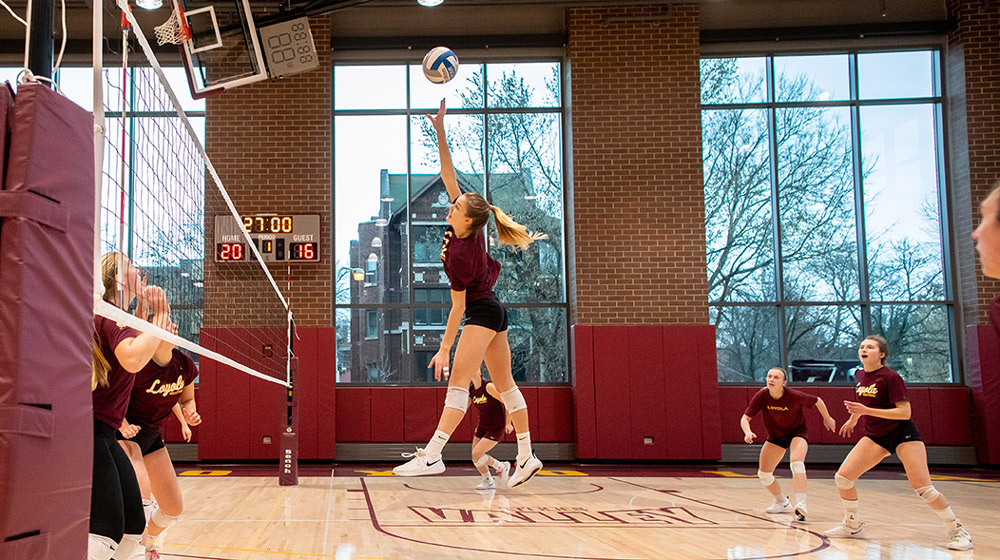 To explain the communal success, he points to several overlapping factors—coaching continuity, strength and conditioning improvements, accumulated experience in the MVC (it’s Loyola’s seventh season in the conference), financial investment from the University administration and donors (hello, the Alfie), and blossoming student body support. The men’s basketball team’s Final Four run, it’s safe to say, has galvanized the campus.

“The success across the board has really boosted the profile of athletics in general,” Watson says. “You’ve got students who are now going to a men’s soccer game or a women’s volleyball match who might not have in the past. It’s become a thing now, on campus, to attend these events.” 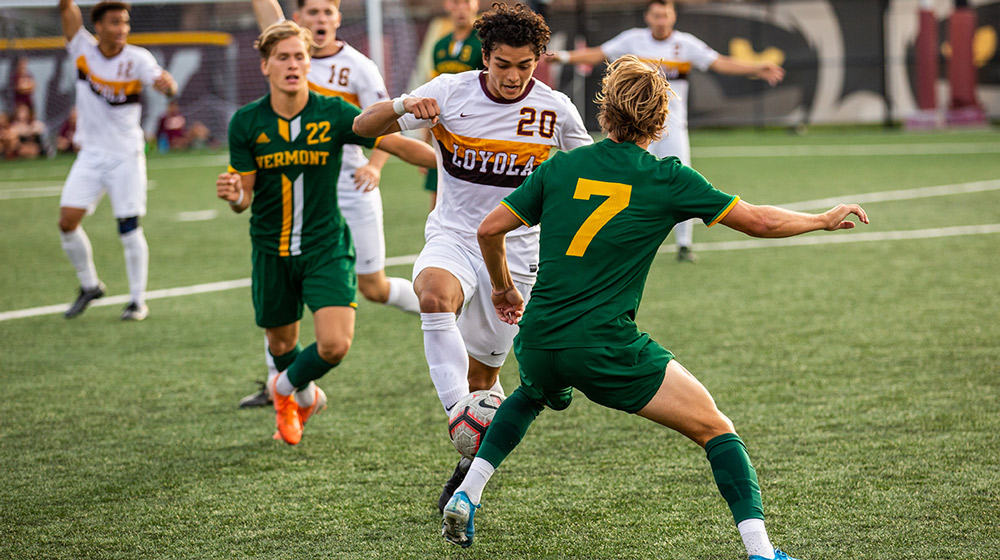 Watson called the MVC title match at Loyola Park on November 17 “one of the most fun sporting events I’ve ever been to in my life.” The hero was sophomore Ethan Stoneman, who slotted in the final penalty kick to knock off previously unbeaten Missouri State in a 5-4 shootout victory. (Senior Aidan Megally was the MVC tournament MVP.)

Soccer alums and athletes from across campus packed the stands and stormed the pitch after the final whistle. “[Head coach] Neil Jones felt like he had a good group of seniors with strong leadership,” Watson says. “And he had some young guys that he felt could step up and challenge for a championship.” A hard-fought overtime loss to 15th-ranked Kentucky in the first round of the NCAA tournament did little to hamper the mood around the squad, which will return five of its top six goal scorers in 2020. 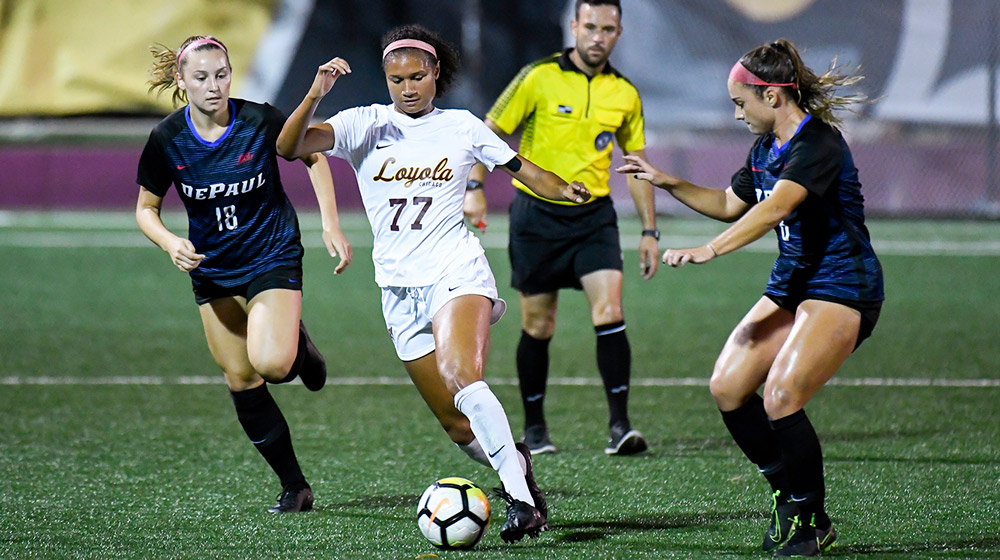 Graduate student Simone Wark was among the players who helped the Ramblers make their second consecutive appearance in the NCAA women’s soccer tournament. (Photo: Steve Woltmann)

Loyola was one of 16 schools in the country whose men’s and women’s soccer teams qualified for the NCAA tournament. It was the second straight appearance for Barry Bimbi’s club, who marauded through MVC play—finishing with a 7-0 record—before dropping a 1-0 heartbreaker to Hofstra in the first round of the Big Dance.

“For them to run the table, that was a bit of a surprise,” Watson says. “But I’m telling you—that’s a program.” Four Ramblers were added to the MVC Scholar-Athlete Team, including senior Madison Laudeman, the Valley’s back-to-back Defensive Player of the Year. A full 20 letter winners are slated to return next fall. 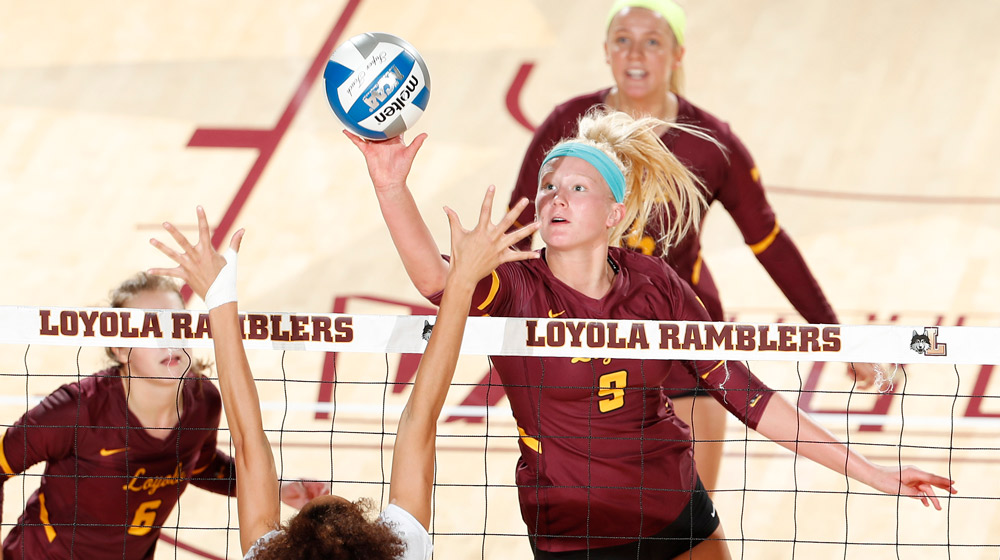 In her second season at the helm, head coach Amanda Berkley defied Rambler expectations. Her roster secured its best regular season finish in 16 years and entered the 2019 MVC Championships (November 28-30) as the second seed. Before the campaign started, they were picked to finish fifth. Watson’s daughter, senior Allison Watson, is an outside hitter for Loyola, so the athletic director watches these matches with an especially eager eye.

In recent memory, he can’t remember the team’s spirit ever being higher. “Amanda does a great job of making sure that everyone understands they’ve got a role, and that everybody is contributing.” 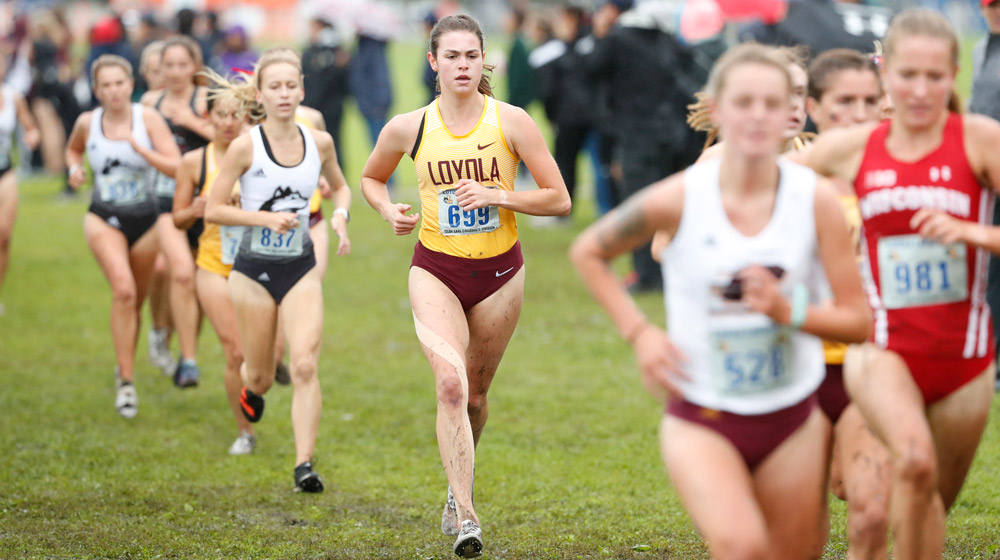 In early November, the women’s cross country team kicked off Loyola’s banner month, turning in a dominant performance to claim its first MVC trophy. Sophomore Anneka Murrin was the breakout performer, clocking a sub-18 minute time in the 5k race.

Catch up on the action from last year’s men’s basketball season and get a look at what lies ahead in 2019-2020. READ MORE