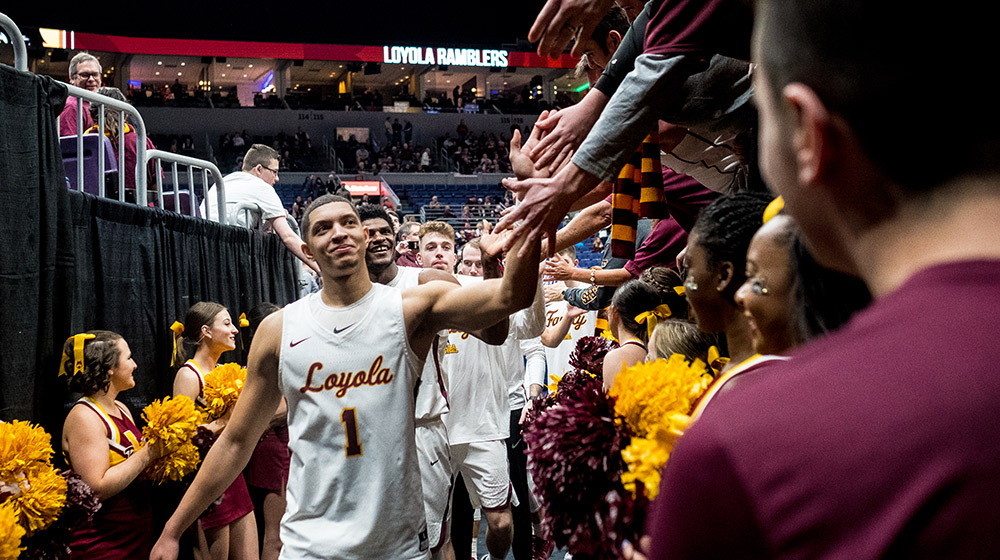 When asked to describe the mood in the locker room following his team’s premature semifinal exit from the Missouri Valley Conference (MVC) men’s basketball tournament, this past March, Loyola University Chicago then-sophomore Lucas Williamson minced no words. “It was bad, man. It was painful.”

Twelve months removed from their other-worldly NCAA tournament run, and a week after claiming a share of the MVC regular season title for the second consecutive season, the Ramblers expected more. They certainly thought they'd shoot better than they did against Bradley, a 53-51 upset that knocked Loyola out of NCAA tournament consideration. In the immediate aftermath, tears were shed and prayers were exchanged. The players tried, but mostly failed, to process the defeat over dinner at their St. Louis hotel. When they returned to Chicago, head coach Porter Moser gave everyone a few days to collect themselves. The season was not over, he reminded them; they’d earned an automatic berth in the 32-team National Invitation Tournament (NIT), something of a consolation prize but still an important stepping-stone for a mid-major program gaining national prominence. And the future of Loyola basketball—regardless of how the 2019 season concluded—looked indisputably bright.

Moser was right to pause and celebrate this sustained run of success, the best multiyear stretch Loyola witnessed in a generation or more. The Ramblers won 20 games in consecutive seasons for the first time since 1985. When they traveled to Omaha to battle second-seeded Creighton last March, they were returning to NIT action for the first time since 1980. Combined with their Final Four run in 2018, it marked the first time since 1964 that Loyola has qualified for postseason play in back-to-back seasons. They did all of this despite ranking 209 out of 353 Division 1 programs in “experience,” per the advanced statistics website KenPom.com. Unlikely powerhouses like Duke and Gonzaga and Butler, much like Rome, weren’t built in a day. “We’re going to make the most out of [the NIT],” Williamson said, a few days removed from the acute MVC disappointment. “We’re in an elite tournament. We can hang a banner. We can win rings.” 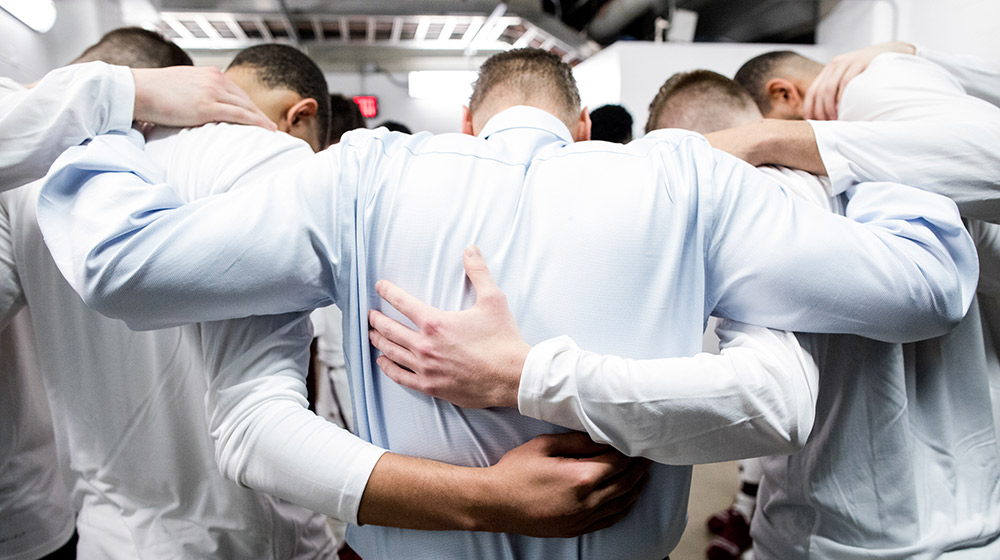 “It was a brotherhood, not just a team of players the coaches threw together.”

Williamson’s sophomore campaign, in which he sat out 18 games with multiple injuries, was a trying one. Rehabbing on two separate occasions, he says, “was one of the most frustrating things I’ve ever done in my life.” (In his absence, the Ramblers lost eight of 18.) But when Williamson could get on the floor, he proved his value, serving as a versatile wing who could knock down perimeter jumpers and guard multiple positions. He also matured mentally, helping untested teammates acclimate to the speed and complexity of the college game. “Every single time I got subbed out, I walked straight over to Lucas,” said then-freshman Cooper Kaifes. “He’d tell me exactly what I was doing right or wrong.”

Kaifes was one of a handful of newcomers who made an encouraging first impression in 2019, helping to plug gaps on a roster that had lost three of its top six scorers to graduation. In early practices, Kaifes would consistently pass on open looks, only to have older teammates scream at him to let it rip. As the months wore on, he got more comfortable with the rigor that Moser demands, of “having your body just feel tired all the time.” His confidence ballooned. The floppy-haired guard worked himself into the rotation, eventually nailing 47 percent of his three-point attempts, ranking 16th nationally. He’s the type of weapon Loyola has not always holstered.

Williamson will return to the starting lineup this season. So will sophomore Cameron Krutwig, an MVC first-teamer who firmly established himself as an offensive force in the conference. (This month, he was voted the MVC’s preseason player of the year.) They’ll be joined by the most decorated recruiting class that Loyola has landed in decades. All three prospects were attracted to Loyola for the same reason that drew Williamson—a Chicago native—two years ago: “It was a brotherhood, not just a team of players the coaches threw together.” (Kaifes, sadly, tore the labrum in his hip this summer, and he’ll receive a medical redshirt.)

At least for a couple of days, though, the 2020 campaign could wait. The Creighton Blue Jays—Moser’s alma mater—ended Loyola’s NIT postseason run. For Marques Townes and Clayton Custer, two indefatigable seniors with central roles in the school’s hoops renaissance, this tournament presented another opportunity to make their mark on a huge stage. They again felt the glow of March lights, like they’ve come to expect. Krutwig and Williamson are ready for more warmth.

Ready for the new season?