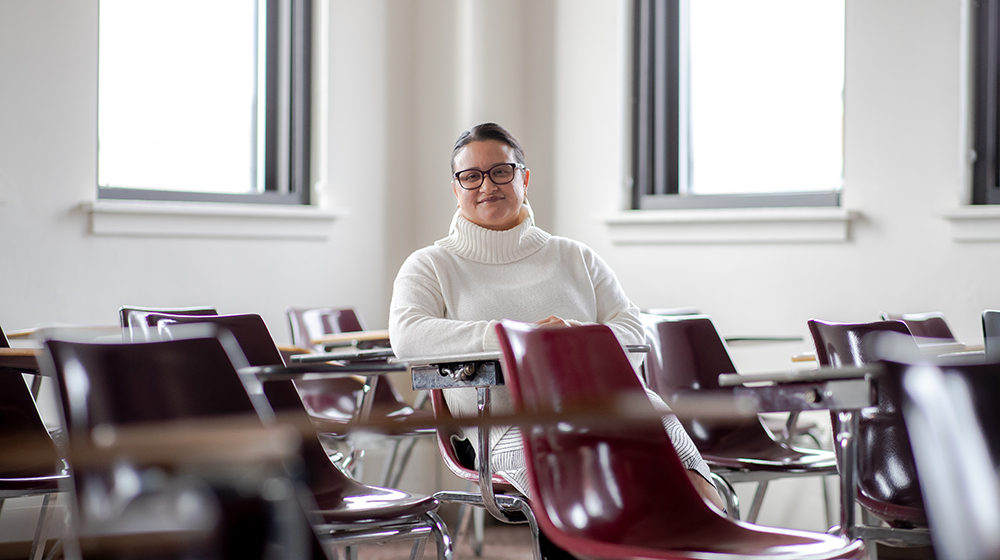 After moving to the United States at age 5, Aurora Chang found comfort and stability in education. Now she's on the other side of the classroom, preparing college students to teach kids in urban public schools. (Photo: Lukas Keapproth)

The power of education

Aurora Chang knows from personal experience the stresses that face young undocumented Americans, and she's devoted to helping others overcome those challenges

In 1979, when Aurora Chang was 5 years old, she fled with her family from Guatemala to California. Her parents—the first in their families to attend college—had three children and another on the way. They were in their early-30s, spoke little English, and were in the process of burning through a temporary American visa.

Chang—now an assistant professor and program chair at Loyola University Chicago’s School of Education—was too young to comprehend fully the legal limbo into which she was thrust. In her book, The Struggles of Identity, Education, and Agency in the Lives of Undocumented Students, she describes herself as “an immigrant girl with big dreams and often debilitating anxiety.” To cope, Chang fashioned herself the quintessential “good girl,” obedient and self-effacing, and set about officiating “all of the mundane, yet necessary, rites for everyday survival.” She acted as sous chef in her mother’s kitchen—setting the table and washing dishes, rolling masa for empanadas. She would accompany her parents on medical appointments and teacher conferences. By the time she entered elementary school, filling out forms was second nature.

Chang’s quest for academic achievement, meanwhile, “was the one thing that made everything in my life feel stable and secure.” After high school, she studied English at the University of California, Berkeley, and earned her doctorate at the University of Texas at Austin, enrolling at the most prestigious schools that would accept her. Despite becoming a naturalized citizen in 1991, she never lost the urgency to acquire and produce as much documentation as possible. “I always had to do more, to be the best,” she says. “Education really tapped into that mania.” For Chang, diplomas held the promise of indemnity. 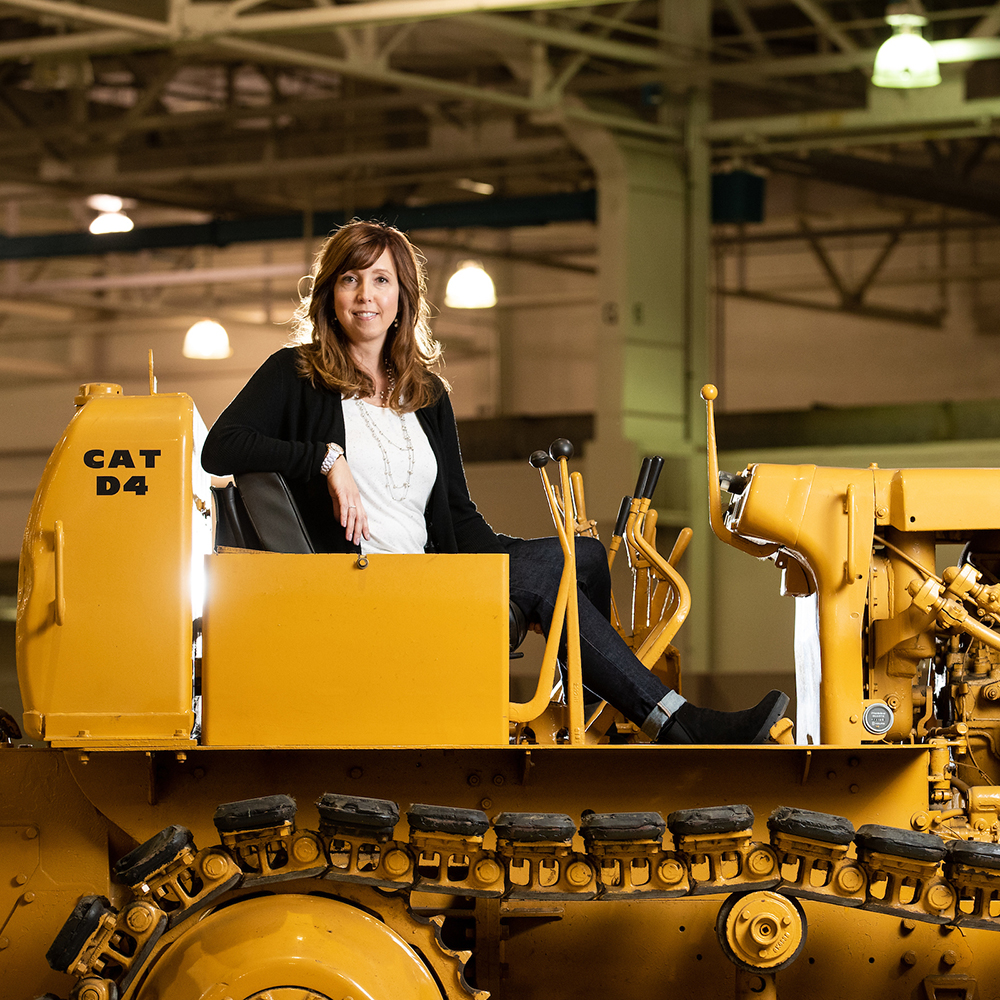 Getting a degree later in life can be a challenge, but Loyola has a long history of helping adult learners reach new heights. Read more 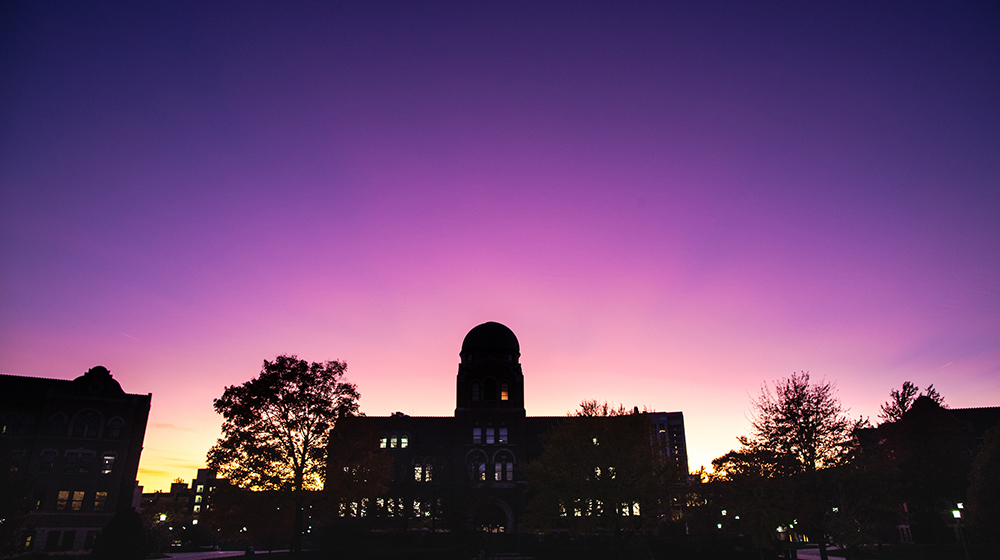 “Education is hope. If you don’t have that, there’s no reason to get up in the morning.”

Teaching at Loyola, and preparing students to work in urban public schools, represents something of a homecoming for Chang, who grew up Catholic and identifies deeply with the University’s mission and immigrant advocacy. (When Chang’s mother learned of her appointment, she was beside herself with joy.)

On the 11th floor of Lewis Tower, Chang can be her most authentic self. That level of comfort has helped focus her theoretical writing, which draws heavily on her intense adolescence. In spots, the book is bracingly personal; narrating her own story, she contends, is a weapon against injustice.

Published in 2018, Chang’s book carries the subtitle “The Burden of Hyperdocumentation.” She defines that term as “a person’s excessive production of documents, texts, and papers in an effort to compensate for a feeling of unworthiness.” After surveying years of national research on the identity and agency of undocumented college students, and then conducting her own qualitative studies of students who identified as undocumented or once undocumented, Chang concludes that undocumented students find themselves on continuously shifting ground. They want to undercut pervasive stereotypes. They must also make strategic decisions constantly, about what they share and how they present themselves publicly, for their own safety and sanity.

The mad scramble for academic and civic perfection in the face of xenophobia and legal uncertainty is both a goal unto itself and a survival strategy, one that takes courage and stamina to pursue. “At times, students were immobilized by fear, risk, challenge, silence, and defeat,” Chang writes. “And at other times, they were propelled by courage, responsibility, community, choice, and hope.”

Her research produced two key insights: that educators have a “particularly poignant role in impacting undocumented students’ lives,” and that those students are rarely “seeking legal advice or even practical suggestions; they seek to be heard attentively.” Chang acknowledges the “stress, hopelessness, sleepless nights, food scarcity, and financial need” that her undocumented students wear heavily, issuing “complaints of stomach pains, never-ending colds, and unwavering anxiety.”

“At times, students were immobilized by fear, risk, challenge, silence, and defeat. And at other times, they were propelled by courage, responsibility, community, choice, and hope.”

Both in her classroom and in her office, she tries to be present and sensitive to those students and the distinct pressures they encounter. She serves on the DREAMer Committee, a University-wide working group that supports Loyola’s DACA students. She’s led seminars on Chicano feminism and on students who entered the United States illegally. On a personal level, she’s walked many individuals through the labyrinth bureaucracy of higher education: developing research questions, writing reflections or college applications, researching scholarship funding, “discussing the political despair of the day.” She also checks in with her students about their well-being—physical and mental—as often as she remembers to.

In the coming year, Chang will write another book in the same vein as her first, a testimonial inflected with her own biography. The new topic is multiracial identity, a salient theme in a rapidly diversifying country. With her unorthodox approach (at least within the academy), Chang is debunking “the myth that research need be a blank canvas.” And in this socially volatile moment, she’ll leave her door open for Loyola students of all stripes who need guidance and validation.

“Education is hope,” she says. “If you don’t have that, there’s no reason to get up in the morning.”