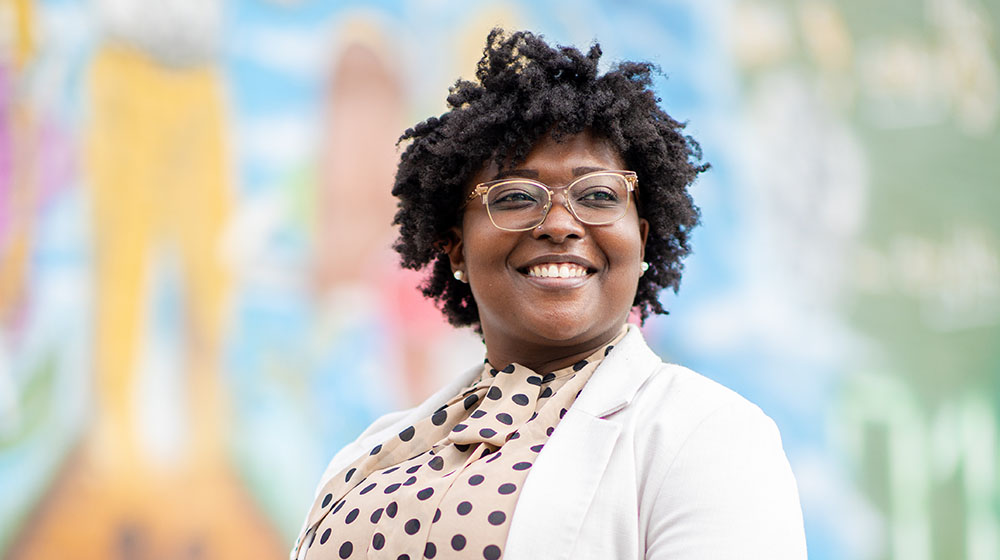 For the uninitiated, starting therapy can be an intimidating proposition. It takes time, energy, and resolve to make oneself vulnerable in the ways effective counseling demands. Comfort and trust are key; the last thing a patient needs is a needless distraction, an excuse to clam up or stay home altogether.

The staff at Sista Afya—a mental wellness practice in Chicago’s South Shore neighborhood—takes great pains to provide a welcoming atmosphere for their target client base: black women between the ages of 25 and 40. The office is in the rear of a squat brick building on 71st Street, behind frosted glass and down a narrow hallway. Truth be told, the space was once a utility closet before Sista Afya founder Camesha L. Jones cleaned it out and applied a fresh coat of paint. Now it’s a cozy sanctuary for South Siders, in a part of town without adequate mental health infrastructure. The room is lit with warm lamps. The leather couch is plush. Copies of Psychology Today and Essence rest on a coffee table for perusal, while a white noise machine drowns out the din. A motivational print hangs on one wall, within eyeshot: YOU GOT THIS.

It’s a refrain that Latania Franklin (MSW ’14), one of Sista Afya’s two therapists, takes to heart. In a sharp white blazer and dark jeans, Franklin won’t succeed if she can’t put her clients at ease. Especially with newcomers, she’s quick with a laugh and cognizant of strained body language. “If a patient is rubbing their hands, I’ll recommend we take a break,” she says. “What do you need in this moment? Do you need water? Do you want to smell some lavender?Let’s go get some! You let me know.”

Franklin is fairly new to the practice, having joined in May. But as a native North Sider and the daughter of a single mom, it’s been her ambition to serve fellow black women since childhood. Franklin vividly remembers her interactions with a caseworker assigned to assist her mother as their family navigated the social safety net. “This lady was so mean!” Franklin says. “And my mom had to hold her composure because we needed the resources.” Even as a preteen, she’d dream about handling those discussions differently, with more care and respect. 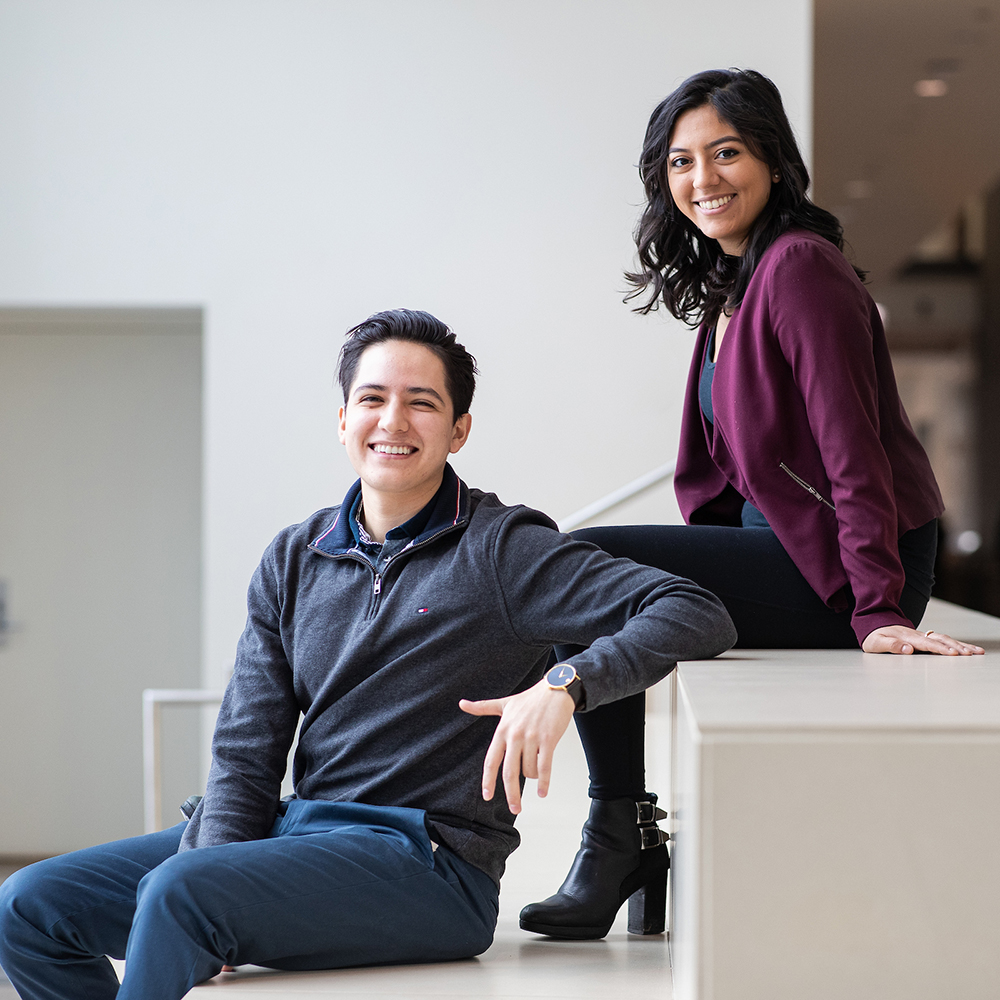 At Loyola, a pair of aspiring doctors are finding innovative ways to overcome language barriers for Spanish-speaking patients. Read more.

By grade school, Franklin thought she might serve on the police force. (“Mom crushed that idea real fast.”) Eventually, she enrolled in Loyola University Chicago’s School of Social Work, studying with professor Michael Kelly. He stressed the importance of cultural competence: one’s ability to understand and communicate with those whose experiences might not mirror your own. After six years as a school social worker on Chicago’s West Side and a brief stint in traditional private practice downtown, Franklin connected with Jones, whose priorities aligned so clearly with her own.

Afya is a Swahili term meaning “wellness.” Jones launched her practice as a love letter to black women who struggle with mental health conditions of all stripes. She knew African Americans are less likely than white Americans to seek mental health treatment, generally speaking. The cost of coverage—even with, but especially without, health insurance—contributes. So does the fact that only 2 percent of American Psychological Association members identify as African American, a red flag for a slice of the population generationally (and justifiably) wary of white medical professionals.

Jones also knew that African Americans are disproportionately more likely to suffer from mental health issues than white Americans, according to research in the field. Black women tend to live in social environments that place them at greater risk for illness and injury. Racism itself is a serious trigger, too.

A familiar scene played out constantly in Franklin’s office at DRW College Prep: a mother would stop in to discuss her child’s progress and then, suddenly, the conversation would shift. “We’d begin to talk about their own trauma, and their own experiences, what they went through as parents and in the community,” Franklin says. “They would slip into it really easy.” Nothing was ever resolved in those 20 minute chunks; Franklin would lend a consoling ear or refer out when appropriate. But it nagged at her, that so many of these women used their kid’s counselor as a medical outlet.

of Black Americans believe mental health issues are a sign of weakness. 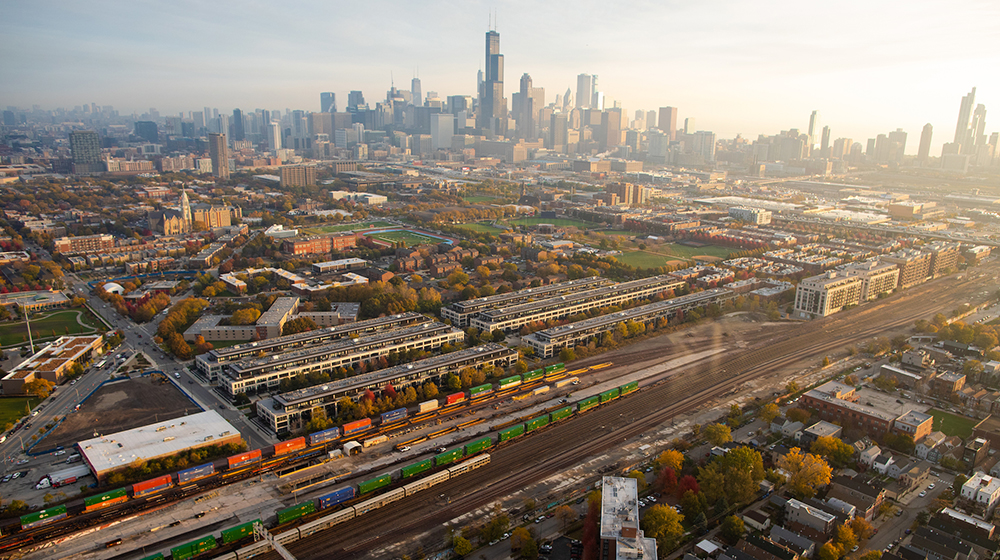 “Therapy is a luxury. Not everybody can afford it. And we didn’t want it to be that way for people who we felt really truly wanted it.”

In South Shore, Sista Afya is filling that void. The practice offers individual or group therapy, both on a sliding income scale. (Insurance coverage is appreciated but not a requirement.) They also host free community events and retreats for potential clients wary about committing to a more regimented schedule. The idea is to meet women where they are and on their own terms. With an active newsletter and positive word of mouth, Franklin’s docket is currently stuffed. That hustle is how she prefers it: “Therapy is a luxury. Not everybody can afford it. And we didn’t want it to be that way for people who we felt really truly wanted it.”

Franklin and Jones keep their monthly costs down, in part, by renting subsidized office space from the Black United Fund of Illinois (BUFI), a decades-old, South Shore-based charity that provides financial and logistical support to grassroots organizations and businesses. (Like the United Way, BUFI raises fees through worker payroll donations.) After serving on BUFI’s board of directors for six years, Carolyn Day (MEd ’05) took the reins as executive director last April. She’s perfectly suited for the job, as both a lifelong volunteer and data-driven trouble-shooter. It brings her great joy to cross 71st Street and walk through the Henry L. English Entrepreneurial and Business Center when it’s pulsing with activity. Aside from Sista Afya’s well-appointed closet-turned-office, the incubator houses, among others, real estate agents; an HVAC company; the South Shore Chamber of Commerce; and Lakeside Alliance, a collaboration of construction companies with contracts to build out the forthcoming Barack Obama Presidential Center. “There are lots of unsung heroes there,” Day says. “We are helping people help themselves.”

In her new role, Day is focused on strengthening BUFI’s long-term sustainability. She calls her staff meetings “think tanks;” she wants her coworkers to dream big, finding innovative ways (on a tight budget) to build capacity both internally and among their community partners. “Spending time with people, listening to people, and talking with people?” she says. “I think that’s the most valuable investment a person can ever make.”

Franklin is equally excited to see what the future holds. For the time being, there’s no shortage of clients, each of whom brings to Sista Afya their own distinct challenges. It’s sensitive, impactful work. Earlier this summer, in fact, Illinois Governor J.B. Pritzker stopped by the BUFI headquarters for a press conference about marijuana legalization. Day was thrilled to introduce Pritzker, but she couldn’t shake the worry that the commotion might interrupt one of Franklin’s sessions. (“You pull up, and there’s a television camera and media? I was afraid we were going to run them away.”)

Franklin was undeterred; nobody fled. “As a clinician of color, it feels good to serve people of color,” she says. “It just feels good!”