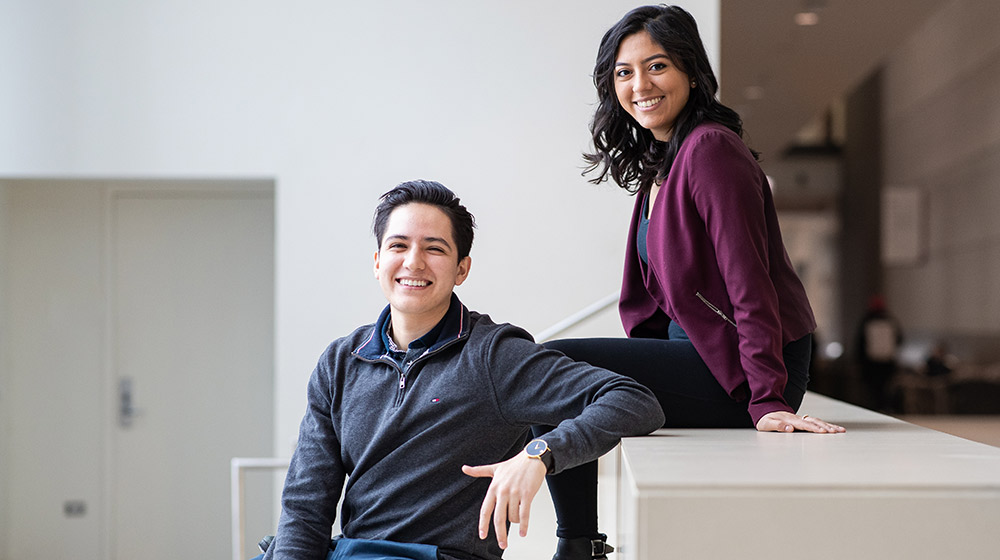 Editor's note: Since the original publication of this article in March 2020, Melanie Izquierdo has been working as a junior clinical data abstractor specializing in cervical cancer clinical data at Tempus Labs, a Biotechnology Company in Chicago. David Velasquez has been accepted to Weill Cornell Medical College.

A trip to the doctor's office can often feel like swimming in a bowl of alphabet soup. Multi-syllable words and acronyms describe conditions more complicated than their names. To find out if a medicine will interact with others, or to know if a side effect is normal, can be difficult even for a native English speaker. But the stakes raise for patients for whom English isn’t their first language, when the wrong interpretation can have major consequences.

Currently, there’s a lack of physicians and health care professionals who identify with the communities they serve and treat. According to the American Association of Medical Colleges, the composition of the current physician workforce indicates that only about 9 percent of physicians identify as black or African American, American Indian or Alaska Native, and Hispanic or Latino, which is not representative of the nation’s current demographics. At Loyola University Chicago, members of the Latinx community make up about 15 percent of the Loyola graduates who apply to medical school. They intend to bridge the divide and be an encouragement for others.

“I spoke Spanish at home all the time because my parents were immigrants. As I was growing up, I really enjoyed science and thought about careers in health care, yet I realized that not a lot of physicians were Spanish-speaking,” says David Velasquez (BS ’19), a Loyola graduate about to commit to medical school. “I found myself interpreting and translating English into Spanish so my parents could understand the different health care aspects that were going on.”

Velasquez’s experience is far from uncommon, and prompted his decision to volunteer as a Spanish Interpreter at CommunityHealth Clinic on Chicago’s West Side during his undergraduate career. His interactions with patients inspired him to pursue clinical research that delivers health care for the patient in a space where they feel they can ask questions. 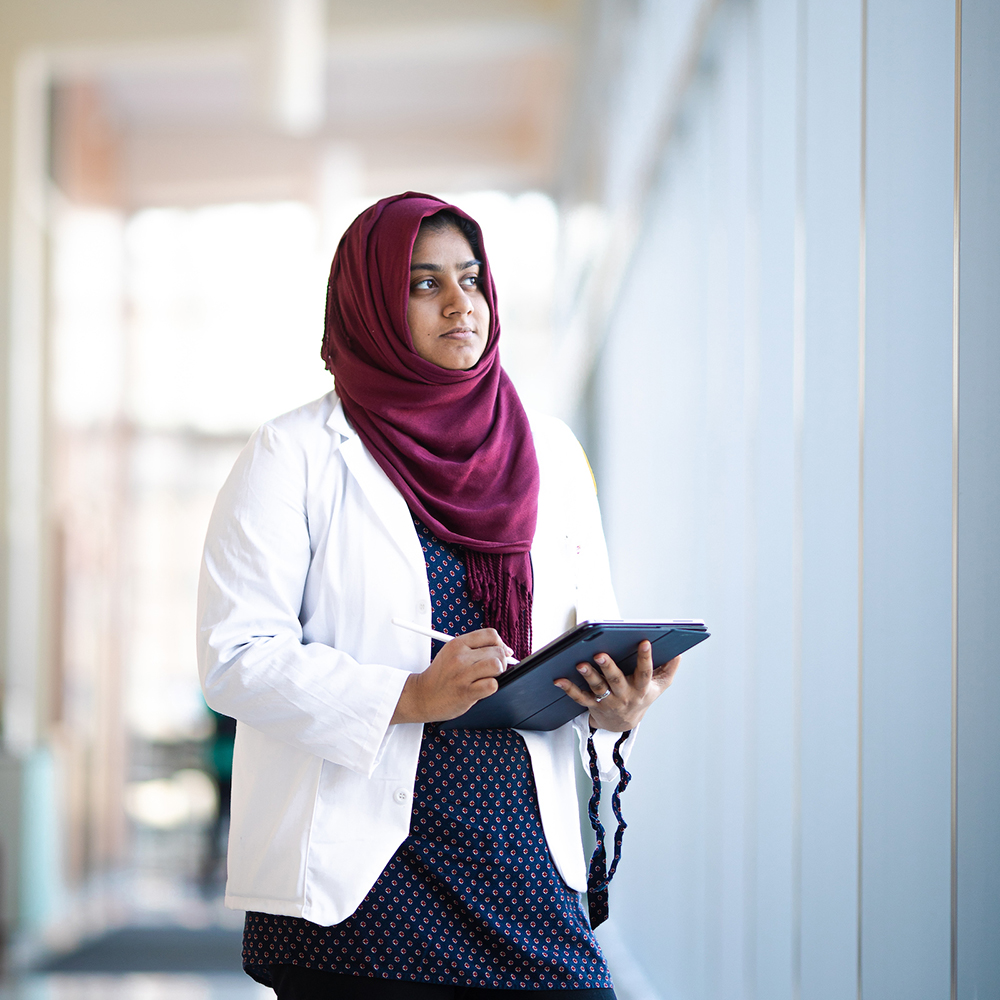 By welcoming diverse cultures and perspectives, Stritch has broadened the field of medicine. Read More. 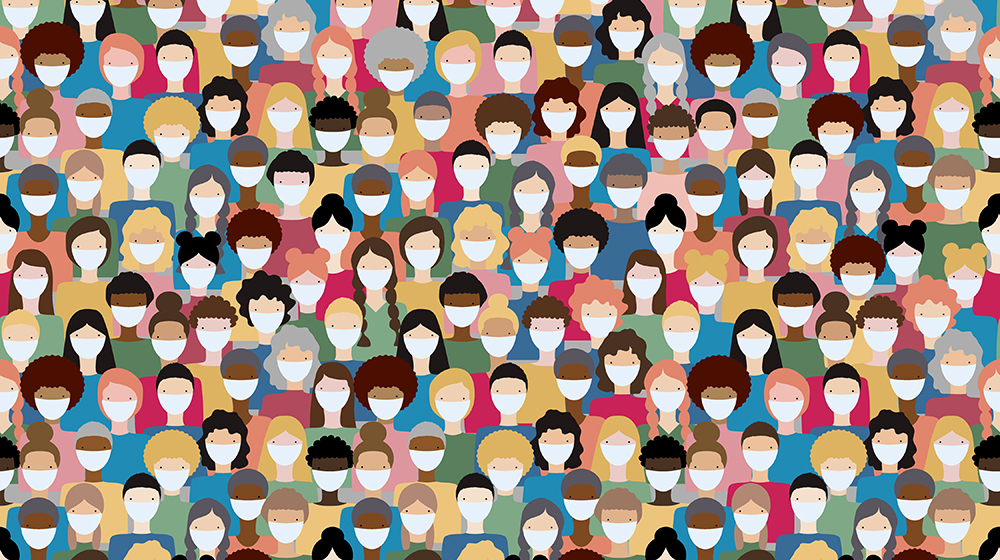 “You can better the experience of the patient by bringing in more familiarity. Having physicians who look like you is huge.”

“It’s often called white coat syndrome,” says Melanie Izquierdo (BS ’19), a neuroscience and molecular biology major. “The level of patient care that could be had is lost because of it. More often than not you have patients who have a language barrier so the level of care a physician can give is limited because there are no interpreters. Not just in Spanish-speaking communities but in all disparaging communities.”

Izquierdo, who is taking a gap year after graduation to volunteer at CommunityHealth, uses Medicare as an example of a health care system that most don’t understand and are too intimidated to ask about. Eventually, confusion leads to frustration and frustration leads a patient to distrust their doctor.

“You can better the experience of the patient by bringing in more familiarity,” says Izquierdo. “Having physicians who look like you is huge.”

Both Velasquez and Izquierdo had opportunities to shadow and learn from physicians whose shared backgrounds built confidence and connections for the first-generation college students. Organizations like Medical Organization for Latino Advancement (MOLA) and Chicago Academic Medicine Program (CAMP) offered experiences crucial for pre-med students that many first-generation students don’t know how to approach.

“For me the biggest hurdle was, ‘How do I actually become a doctor?’ None of my family are physicians. I kind of trial and erred for a while,” says Velasquez, who has received acceptances to multiple medical schools including Loyola’s Stritch School of Medicine and the University of Chicago Pritzker School of Medicine. “We all know the great guidance of providing the pre-med track, but where do I need to get clinical experience or research experience? How do I study for the MCAT? For a while, no one was telling me what to do.”

That’s where the multiple organizations and mentors helped the most.

“I had a physician mentor through MOLA and got to see what it was like to be a first-generation physician,” says Izquierdo. “I could see how [culturally competent she was] with her patients. I could see her ability to empathize with her patient’s problems and how they were more receptive to her because of that. Finally, I had a mentor who looked like me, talked like me, spoke the languages I could speak and had accomplished what I wanted to accomplish. That means I can do it.”

“If you get on the Blue Line downtown, it takes only eight stops to get to where the life expectancy is 20 years less.”

While MOLA and others are open to a variety of Latinx members, CAMP is a competitive summer program that accepts less than 10 students from an applicant pool of nearly 500. For both Izquierdo and Velasquez to be accepted reflects on their hard work, schooling, and community involvement.

These examples of success aren’t lost on Loyola administration. Concerns of health care equity prompted the Pre-Health department to create classes such as Spanish Medical Terminology and set up mentorships with students who attend Stritch.

“If you get on the Blue Line downtown, it takes only eight stops to get to where the life expectancy is 20 years less,” says Jim Johnson, associate director of career services for the Pre-Health Professionals Program. “That really makes it difficult because a lot of underserved students come from structural violence or structural racism, it shades their experiences. The stories of David and Melanie are about more than that—they’re individuals, but their stories are inspiring to others as well, which makes what they’ve accomplished even more special.”

Melanie Izquierdo is taking a gap year after graduation to volunteer at CommunityHealth and apply to summer higher research programs. David Velasquez has received acceptances to multiple medical schools including Loyola’s Stritch School of Medicine and the University of Chicago Pritzker School of Medicine.

Of the 2.7 million people in Chicago primarily speak Spanish, according to the city of Chicago

Of Chicagoans speak a language other than English at home, according to acutrans, an intrepretation and translation serivce for professional services