Our shared responsibilityAn aerial view shows the Mahakam River in Indonesia. As Pope Francis states in his encyclical on the environment, human beings have an integrated relationship with the natural environment and thus a responsibility to care for our planet. (Photo: Getty Images)

Sustainability Caring for our planet

My co-workers At Loyola’s Institute of Environmental Sustainability spend much of their time researching ways we can help the planet repair itself: Which species of plants are best at pulling lead out of contaminated urban soils? Which evolutionary traits in plants can help us devise more sustainable agricultural practices? Can we use algae to remove chemicals from our biodiesel waste water? Can we make our own renewable methane gas, to replace the natural gas we use for heating campus hot water?

At IES, we’ve taken Pope Francis’s impassioned call to care for creation and our common home to heart. In his 2015 encyclical Laudato Si’, the pope reminds us that as educators we must make sure that our educational programs not only teach fundamental science but also develop solutions to our environmental crisis. Pope Francis describes our intimate connection with nature as an “integral ecology,” and I’d like to give you the context here.

1. All life is interdependent and connected. The first living organism on earth, a bacterial life form, came into existence 4.1 billion years ago. From there, all other higher forms of life arose. By 360 million years ago, the process of evolution had created diverse forest ecosystems all over the planet. The tree of life continued to branch to form all kinds of prokaryotes and fungi, as well as higher forms of life including reptiles, flowering plants, and mammals. Today we have over 12 million unique species of higher life, in addition to even more bacteria and prokaryotes.

The functional role of each unique species fills an important ecological niche in the fantastically complex web of life. Some species are food to others, some provide physical habitat, others decompose the waste of plants and animals, some convert CO2 to oxygen, while others convert oxygen to CO2. Together, all species support the balance of the entire biosphere. The biosphere in turn, helps to regulate the major planetary systems such as the hydrological cycle, the biogeochemical cycling of elements, and the climate system. This is what Pope Francis means by an “integral ecology” in Laudato Si’. Everything is connected. In this remarkably intricate design of nature, everything is interdependent.

“We must work to develop an economy that is based on healing and restoring the future instead of stealing and exploiting it.”

2. Humans are disrupting this delicate balance. Humans didn’t appear on the evolutionary tree until very late. Our species, Homo sapiens is only 300,000 years old. Humans existed as nomadic hunter-gatherers living in small groups of 20-40 for most of our 2.8 million-year existence. It wasn’t until Napoleonic times, around 1810, that the world’s human population reached 1 billion. We reached our second billion within the next 120 years (by 1930) with the help of two game-changing technological advances: we discovered coal and how to make cheap ammonia fertilizer.

Today, we have 7.5 billion people on the planet and we are growing at an unsustainable rate of 225,000 new people per day, heading for 10 billion by 2050. We have experienced this alarming population explosion in the last 100 years. We are overwhelming the earth through deforestation, extensive agriculture, overfishing the oceans, and dumping wastes into the atmosphere, oceans, and on land.

3. We must work together to develop new systems. Our economic model of infinite growth is flawed for a planet with finite resources. Our economies are driven by extracting natural resources to make goods that are mass produced, sold, and used lightly so as to perpetuate a single-use, disposable cycle. (I’m thinking about our morning coffee run with that disposable cup).

In our current economic system, nature is depleted, natural resources have dwindled, and trash and toxins pile up. We’ve been operating under the premise that consumption and disposal mean economic growth. Yet, we are stealing the future, selling it in the present, and calling it gross domestic product. We must work to develop an economy that is based on healing and restoring the future instead of stealing and exploiting it.

That’s a lot to take in, and just a little bit of what Pope Francis teaches us in Laudato Si’.At Loyola, we know that every action, decision, and purchase we make has a ripple effect both upstream in the supply chain, and downstream in the waste stream.

Laudato Si’ challenges us to recognize the urgent need to become integral ecologists, people who dare to imagine a healed Earth and are willing to put their hands, hearts, and minds to the task. 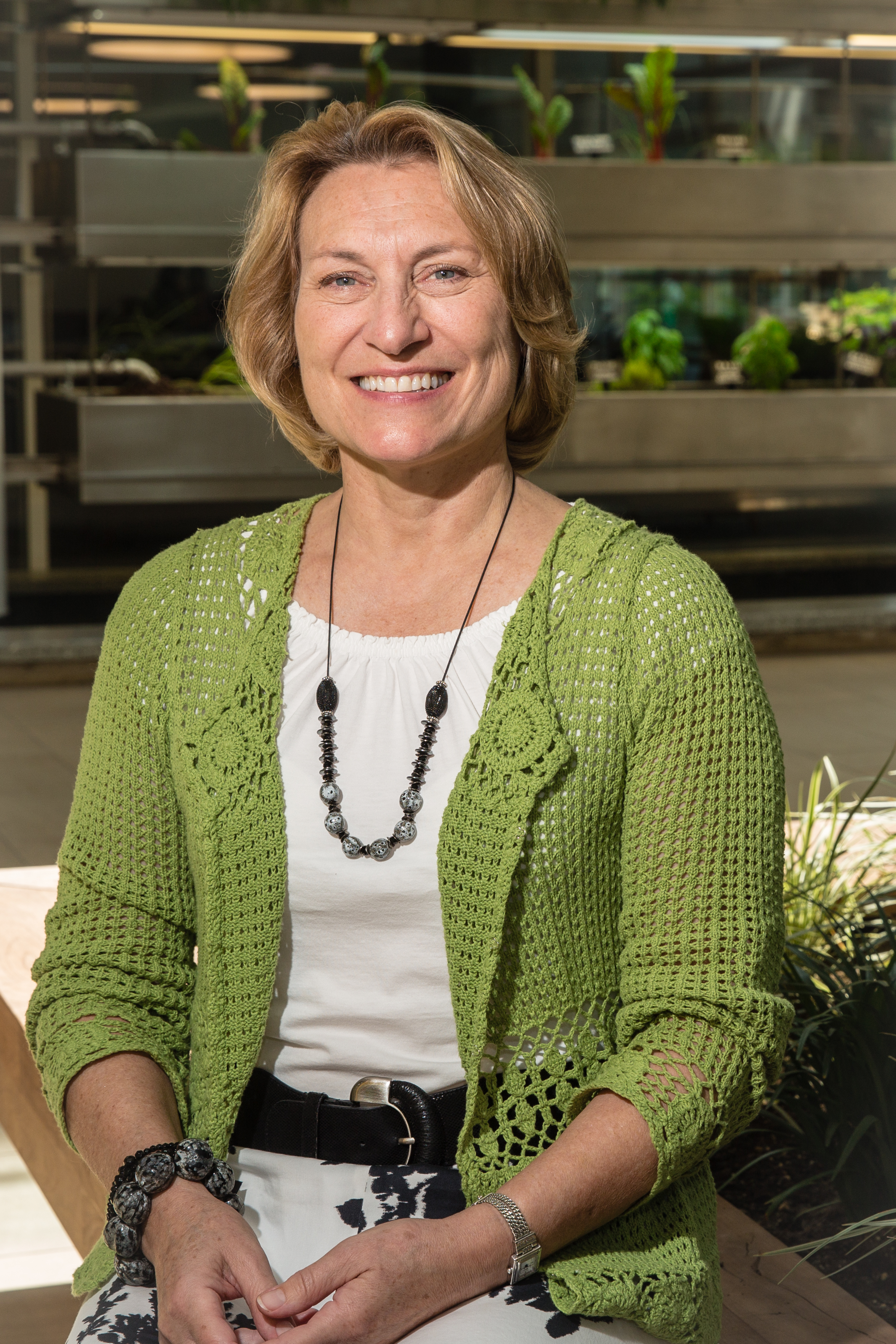 Nancy Tuchman is an ecologist and the founding dean of Loyola's Institute of Environmental Sustainability.