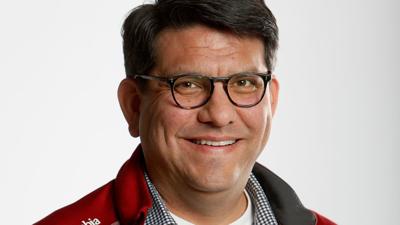 Since graduating from Loyola University in 2001 with a B.A. in History and Philosophy, Ryan Booth received his Masters Degree in History from Central Washington State and is currently pursuing his Doctorate from Washington State University in Pullman, Washington. Ryan specializes in the American West and Native American History and is currently preparing and researching his dissertation. Ryan is exploring the United States Army’s recruitment of Northern Cheyenne and White Mountain Apache as scouts. Ryan’s dissertation examines the army's use of Indian scouts from 1866 when it began as a way to track hostile Indian tribes until 1942 as Ryan argues the units grew to “inspire the rest of the nation to consider all Native Americans as endowed with special warrior qualities.”

Since graduating from Loyola in 2001, Ryan has worked in several positions serving as a Park Ranger for the National Parks Service from 2001 to 2004 and then as a special events and outreach coordinator for the U.S. Fish and Wildlife Service. Ryan also has held positions as a history instructor at several colleges in the Washington state area including Heritage University and Wenatchee Valley College. We congratulate Ryan on his successes and wish him well as he completes his PhD! To read more about his dissertation topic and his research, check out this article at the Billings Gazette.