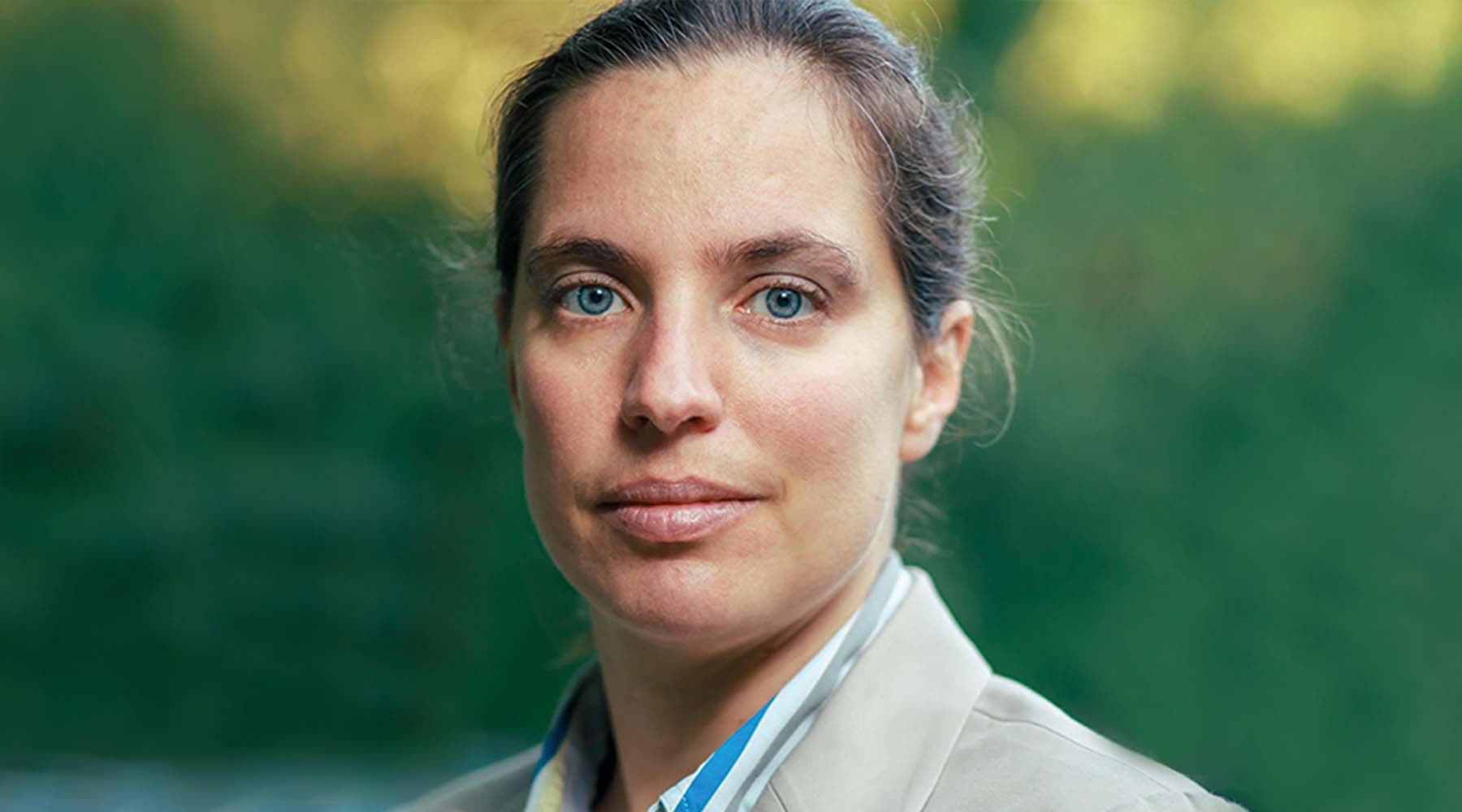 Cara Sawyer’s interests in environmental and international law overlapped at the InterNational Academy of Dispute Resolution’s World Mediation Congress, where she presented on behalf of Loyola.

Cara Sawyer grew up on a hobby farm, tending to vegetables with her family, learning to live in sync with the land and the seasons. So today, she notices subtle changes in seasonal temperatures and migratory bird patterns—small shifts that point toward something larger.

As a fourth-year JD student at Loyola University Chicago School of Law, Sawyer says a passion for the environment informs everything she does—and she thinks climate change should be on everyone’s mind. “To me, it’s the universal problem affecting everything,” she says.

In 2021, Sawyer’s interests in environmental and international law overlapped at the InterNational Academy of Dispute Resolution’s World Mediation Congress. (This year’s theme: Using Mediation to Cool off a Heated Planet.) Sawyer hosted Loyola’s day, leading conversations with five of the six featured speakers. The conference showed the many international benefits of mediation outside of the classroom. “There’s a lot of theory that’s discussed, both in academia and as a legal practitioner,” she says. “This was very practical. Seeing mediation in practice like that was very heartening.”

“The idea is that we’re all being impacted, and maybe we can use our common concern of environmental issues to come together.”

Beyond the World Mediation Conference, Sawyer stays busy with other alternative dispute resolution opportunities at Loyola. In 2021, she was one of four students selected for the Vienna team of the Willem C. Vis Moot Competition, which focuses on international commercial arbitration.

Sawyer also is serving her second year as president of Loyola’s Environmental Law Society (ELS). In 2020, spurred by prolonged national civil unrest, she introduced a lecture series called The Social Impacts of Environmental Justice to create awareness of shared issues and goals. The monthly lectures were co-sponsored by the Latino Law Students Association, Black Law Students Association, and Asian Pacific American Law Students Association. This year, the ELS hopes to collaborate with more conservative students to continue the conversation. “The idea is that we’re all being impacted, and maybe we can use our common concern of environmental issues to come together,” she says. –Megan Kirby (January 2022)

Loyola’s powerful learning environment, rooted in our Jesuit identity, is a professional inspiration for our graduates. It’s why employers seek them out and why many of them rise to the highest levels of leadership in public service and the private sector. Ready to join our community of doers, thinkers, and leaders? We’ve outlined the steps and deadlines for you. LET'S GET STARTED