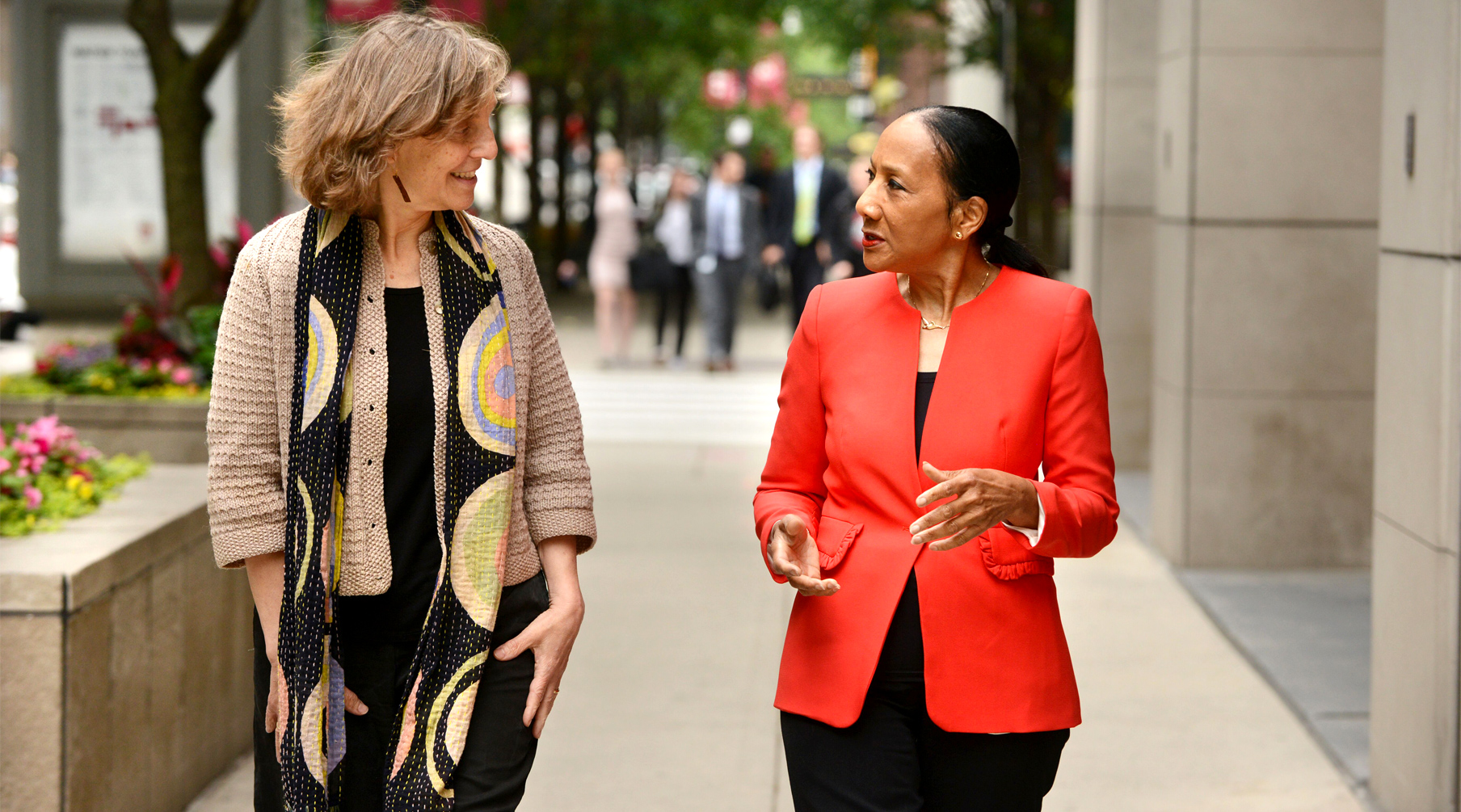 Jacqueline Collins is a 2018-20 Curt and Linda Rodin Fellow in Social Justice and a third-year student in Loyola’s Weekend JD program. Collins is a former journalist and Emmy Award-nominated editor for CBS-TV, and currently serves as an Illinois state senator where she is the Senate majority whip, chair of the Senate Financial Institution Committee, and a member of the Insurance and Transportation Committees. During her tenure as a senator, she has led efforts to stop mortgage foreclosures and predatory lending, improve nursing homes for the elderly, fight infant and maternal mortality, and mandate civics in middle school. In the early 1980s, Collins worked to elect Chicago mayor Harold Washington, and in 1984, she served as press liaison for Rev. Jesse Jackson during the Democratic National Convention. She also served as a legislative fellow for Senator Hillary Rodham Clinton in Washington, D.C.

How did your career transition from journalism to public service?

I consider journalism a form of public service because it plays a vital role in society by informing and educating the citizenry. It undergirds and safeguards our democracy. The Washington Post masthead reads, “Democracy Dies in Darkness.”

What politician (current or former) do you admire most and why?

I admire Robert F. Kennedy as a politician who became a strong and courageous advocate for the poor and powerless in America. His public witness of faith and justice and his rhetoric of hope is revealed in his famous quote:

“Each time a man stands up for an ideal, or acts to improve the lot of others, or strikes out against injustice, he sends forth a tiny ripple of hope, and crossing each other from a million different centers of energy and daring, those ripples build a current that can sweep down the mightiest walls of oppression and resistance.”

How has politics changed in the last 30 years?

There appears to be less civility, more cynicism, and a hyper-partisanship in the political arena today. There is definitely too much money in politics, especially in political campaigns.

What is your greatest professional accomplishment?

I sponsored the Illinois Homeownership Protection Act, which was a comprehensive consumer protection bill that curtailed predatory lending practices by expanding the pilot Predatory Lending Database program throughout Cook County. It prohibited prepayment penalties, required brokers to make certain disclosures when comparing customers’ loan options, prohibited lenders from encouraging default and equity stripping, helped first-time homebuyers get counseling if they were seeking a sub-prime loan, and required lenders to verify a borrower’s expected ability to repay a loan.

When did you decide that you wanted to go to law school?

After reading To Kill a Mockingbird in high school I was intrigued with the compassion, intellect, and fortitude of the fictional lawyer Atticus Finch. I learned about Loyola’s Weekend JD Program from Dean Michael Kaufman in 2016 when he was in Springfield for Loyola’s Lobby Day and I felt the program would be a great fit for me.

What made you choose Loyola University Chicago for law school?

Loyola’s strong commitment to the Jesuit tradition of scholarship, service, and social justice.

What do you like most about Loyola’s Weekend JD program?

The flexibility of the JD Weekend curriculum and the support and encouragement of the distinguished deans, the outstanding faculty, and the superb staff.

How has working as a public servant prepared you for law school?

I view public service as a noble calling that provides me with a platform to become a catalyst for change. Social justice helps to shape my legislative agenda and serves as a foundation for the study of law. Law becomes the vehicle to amplify my voice.

What do you do in your free time?

What free time?! I try to catch a movie when I need to take a break. Maintaining a work-life balance is still a work in progress for me.

"I view public service as a noble calling that provides me with a platform to become a catalyst for change."

A superior legal education that fits your busy schedule. Loyola University Chicago’s Weekend JD program provides the academic excellence, service to community, and a focus on values and ethics in a format accessible for working professionals. Classes meet every other weekend and online to help you turn your law school ambitions into reality. Learn More