Meeting the people of Cuba and experiencing the local culture gave a group of Loyola alumni a new perspective on the island nation. (Photo: John Moutes)

Cuba always seemed a mystery to me. I knew about the history—the revolution ending in 1959, the Cuban Missile Crisis, and Fidel Castro’s ties to the Soviet Union. But long after the Cold War ended, this little island just 90 miles from Miami was still closed to trade, talks, and travel. Cuba remained an unknown world that most U.S. citizens were not allowed to visit—until now.

Soon after the U.S. began restoring diplomatic ties with Cuba, a colorful brochure arrived in the mail from Loyola. As part of Loyola’s travel program with Alumni Holidays International (AHI), the brochure promised an opportunity to immerse yourself in the culture, history, and people of Cuba. Without hesitation I turned to my husband (and fellow Loyola alum), John, and said, “Let’s go!” Soon after we were packing our bags and preparing for the journey.

After a short 45-minute flight from Miami, we touched down at Aeropuerto Santa Clara with our group of 27 American travelers. The airport was simple and small, with security guards in their brown with red uniforms. Riding in our bus we could see the blue, white-capped Cuban waters with little cottages along the shoreline. But unlike the tourists who had been coming for years from other countries around the world to relax and enjoy the sun and sea, we were travelers—moving from one adventure to the next, making many personal connections along the way.

With the borders just beginning to be open to U.S. citizens, there are still restrictions on travel to Cuba. Our trip had to be an educational one, focused on getting to know the Cuban people and their culture. Although our beautiful Hotel Melia Cohiba was by the sea, we only experienced the waves hitting the wall in a way that reminded me of the waves of Lake Michigan crashing alongside Loyola’s Lake Shore Campus. 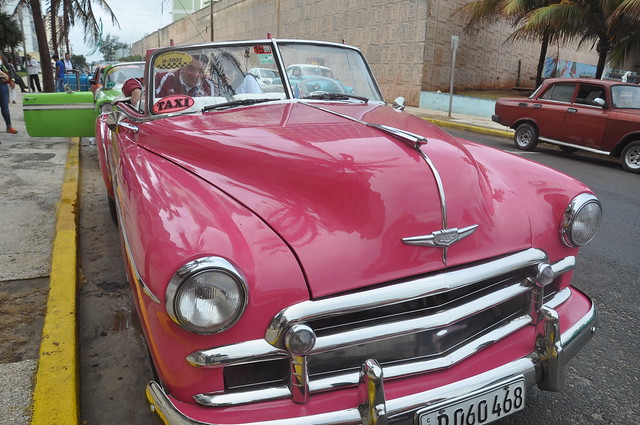 As travelers we received an enriching educational exchange from the moment we landed. Since American credit cards are not yet accepted in Cuba, our first immersion into the culture was exchanging our American dollars for a tourist currency called a CUC (pronounced kook). From there our days were packed with activities and discussions, as we experienced the Cuban culture and the country’s friendly people.

With the help of our excellent tour guides, Natalia Makarova and Jorge Perez Soria, we visited a range of sites and learned a great deal about Cuba’s history and culture. It was so stimulating and energizing to learn and experience the Cuban life that one was not tired. However, we did sleep well at night.

We visited cathedrals in Trinidad and Havana; there was a dialogue with a rabbi in the synagogue and a priest in the Santeria temple. We discovered what makes the Cuban cigar special (the quality of tobacco and the climate) and saw the process of how each cigar is handmade and tested before being packaged. We learned how people crafted their own cars during the years that the embargo kept them from importing parts; those vintage cars remain the pride and joy of many Cubans. We experienced the local arts and entertainment scene, from salsa dancing to live music, and even visited the former home of author Ernest Hemingway, whose time on the island inspired his Pulitzer Prize-winning novel, The Old Man and the Sea.

A member of our group asked our tour guide Jorge why some people still risk their lives crossing the ocean from Cuba to come to America. He said, like other people in the world, they hope for a better life. I can understand this, as I have nieces and nephews who move from state to state for the same reason. Someone in our group pointed out that Cuban students get a free college education, but there is a lack of jobs for them in Cuba after they graduate.

My knowledge of Cuba and its people, their history and journey since Columbus visited here in 1492, has been inspiring and expansive. The insights gained over my eight-day trip were brought back to the U.S. and enable me to provide answers to the many friends who, like I once did, have questions about this mysterious island. Some discussions lead to more questions, and my trip becomes an ongoing journey.

Our little group of travelers were from all walks in life but we bonded over a common thread of excellent educational opportunities and intellectual pursuits. Our minds were filled with information; our hearts were filled with joy from our fellow travelers and the people of Cuba.

For many this was a first time with Loyola Travel but it won’t be the last. Without a doubt, the trip was worth every CUC.