What do you remember most about your freshmen dorm? 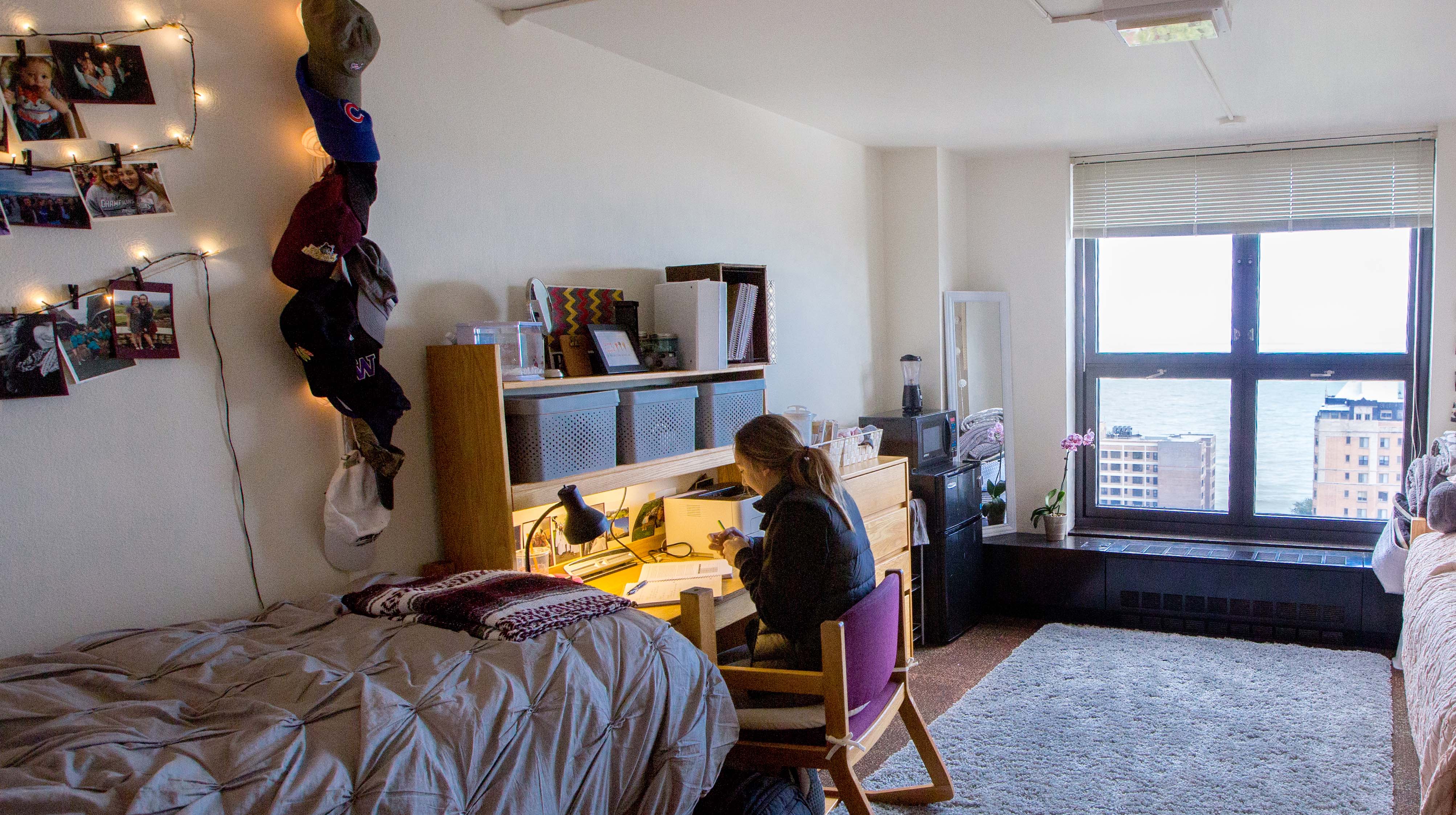 A student studies in her dorm room at Mertz Hall. (Photo: Katie Wall)

Everyone has a good freshmen year dorm story—even if it is one they'd rather not share in public. We asked alumni on Facebook to tell us what they remember most about their first year of living on campus.

» Mertz fourth floor—fire alarms were like a social engagement in the middle of the night. Yes they were a pain (and I always wished I could “pretend” to sleep through it) but getting up to see everyone in the building made it bearable. I wore a red plastic fire hat as our floor’s fire marshal to keep myself entertained.
—Allison Reynolds-Berry (BS ’06)

» I remember living in Campion. Me and my roommate were so cold that we would wear coats all day and to bed. A couple weeks into the semester we found out that the thermostat is in the closet and we can control the temperature.
—Angelica Kajderowicz (BS ’09, JD ’16)

» My roommate and I were randomly assigned to a room in my last choice dorm—Coffey. I was from San Diego and she was from Louisville. Turns out her great aunt had given my grandpa his first job during the Great Depression. The memories from that year, the lasting friendships, and the best roommate ever!
— Andrea Greenwell Grillot (BA ’00)

» Lived in Lakefront Hall my first semester in ’94. The view of the lake was breathtaking and my unit was the only one with a balcony. We quickly became a very popular unit.
—Victor Montoya (BS ’01)

» I lived in Simpson room 307 my freshman year. The guy who ended up becoming my best friend to this very day lived upstairs on the fourth floor. We spent a ton of time on the fourth floor playing guitar together in
the TV lounge.
—Michael Jula (BS ’97)

» Mertz ‘til it hurts! I remember the communal feeling of each floor. Every one had its own vibe. That, and playing frisbee in the hallways!
—Chirayu Baxi (BS ’09)

» We were Stebler girls! Everyone was kind to us freshmen, and the Masses in the basement with Fr. Cuehlo I still miss!
—Chris Hlinak (BA ’74)

» Simpson, second floor, corner suite, single room. I thought it would be adorable and funny to tape cut-out letters to my window and have it say “I NEED CASH.” I even left a donation envelope outside my dorm room door, and I think I made 78 cents over the course of the year.
—Aaron Tobler (BS ’01)

» True lakeside living on the first floor of Coffey Hall. The BVMs on the third floor would invite us up for cookies.
—Megan P. Keeler (BA ’02, MEd ’06)

» I lived in Mertz my freshman year. When my roommate and I were asleep, we heard knocking outside our window on the 11th floor. We carefully opened the drapes as we were freaked out, only to see a mannequin head tied to a rope hitting the window. Great prank but we had nightmares for weeks!
—Lynette Wilkos-Prostran (BSN ’84)

» Campion 3 South! No air conditioning and watching everything in the room shake when the Evanston Express flew by.
—Mark Snelling (BBA ’96)

Want to see how much Loyola's dorms have—or haven't—changed? Check out a gallery of today's students living on campus.