Giving kids what they need most 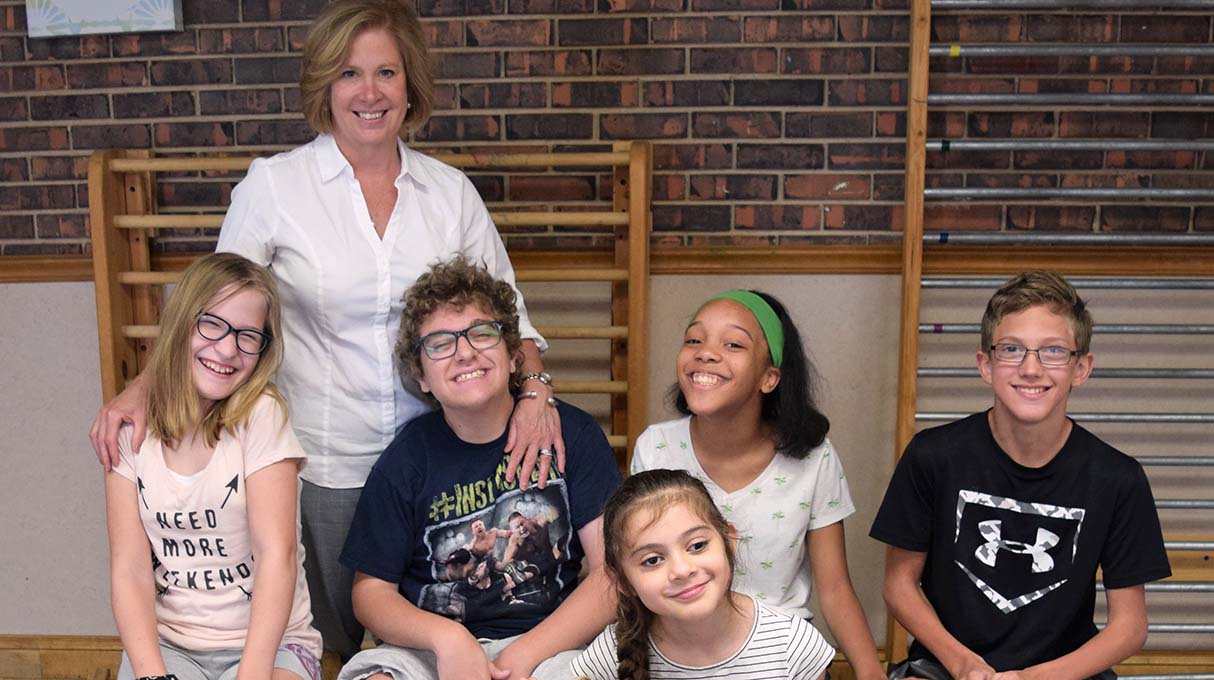 When my son was born with cerebral palsy, I had to learn how to help him achieve independence. What I discovered led me to help hundreds of other children with physical disabilities.

My son, Justin, was born 10 weeks prematurely and had a stroke when he was only three days old. Within the first week of his delivery we knew he’d have cerebral palsy, a neurological disorder that affects body movement and muscle coordination. The effects can range from the very mild to the very severe, and at the time we didn’t fully understand what the diagnosis would mean for our son.

Justin spent the first six weeks of his life in the NICU before he was strong enough to come home. When he did, he weighed only four pounds and was hooked up to these monitors that were beeping all the time. I remember feeling scared and anxious about the unknown, worrying if my baby wasn’t going to live, and wondering, if he did, what was his life going to look like.

Because of the stroke, we learned that Justin would be a quadriplegic. By the time he was 9 years old, despite a lifetime of traditional occupational and physical therapy, he still could not sit independently. He was a very verbal and bright child, but he had to depend on others to do almost everything for him. Justin was stuck in a body that didn’t move, and he didn’t have the motivation to move.

My husband, Chuck, and I were concerned that Justin wasn’t developing the skills he needed to be independent and successful in the long-term, both in school and in the community. That’s when we learned about a conductive education program in Ontario, Canada—kind of like a boot camp for kids with cerebral palsy. We quickly signed Justin up, and there he worked on movement, motor function, and self-determination for six hours a day over five weeks, like a high-level athlete training through repetition. And at the end of that five-week session, Justin had made amazing progress: He could finally sit independently.

For a child who has quadriplegia, the ability to sit impacts everything: being able to eat on your own, to manage your wheelchair, to write, to type. We recognized the incredible difference this program made for Justin and knew there were other children like him who could benefit from this approach. So Chuck and I asked ourselves, “How do we bring this back to Chicago and into our own community?”

We started at our church, St. John of the Cross, in Western Springs, Illinois, with a small program in the summer of 1998. We had six children attend our program that first summer, and from the very beginning we were committed to making sure that income and insurance were not a barrier for children to participate. That summer program became the Center for Independence through Conductive Education, which is now in its 20th year. We’ve grown to serve children and young adults like Justin, with four different Chicagoland locations offering programs to help with motor skills and movement, parent education, and vocational training for young adults. Over those 20 years, we’ve served more than 600 children and young adults with physical disabilities, and have given away almost $11 million in charitable care.

I’ve learned so much over the years through my work, and as a parent, about children with physical disabilities. Sometimes people have the misconception that these children aren’t happy, and as parents, all we want to do is make sure our children live full, happy lives. But children with cerebral palsy and other developmental disabilities are still first and foremost children—they are full of awe, wonder, joy, and laughter. And people with disabilities are just as happy as anyone else. Oftentimes, we fail to see the unique perspective and gifts people with disabilities bring to the table.  We think that we should somehow remedy disability—that if we could take it away, a person would be better. But for many people with physical disabilities it is a part of their identity that they wouldn’t want taken away. They value it, and so should we.

People with disability have so much to give to the world. What they want most is to be included, to participate, and to have choices, just like everyone else. It’s not necessarily their disability that causes them frustration; it’s the lack of choice and the feeling that they don’t have control. Through the Center for Independence, that is something we are working to help people with disabilities achieve.

Today, Justin is a happy, independent, 31-year-old man who has come a long way from the four-pound baby I brought home. He is still a quadriplegic, but he learned the skills he needs to be successful and live on his own. He attended Southern Illinois University, earned a degree in history, and now works at UPS in the Human Resources Department. He requires the help of a personal care attendant in the morning and at the end of the day, but for the rest of the day Justin is able to function independently.

It makes me proud as a parent, but it is also my hope and dream for other people like Justin—to have the opportunity to make their own choices.