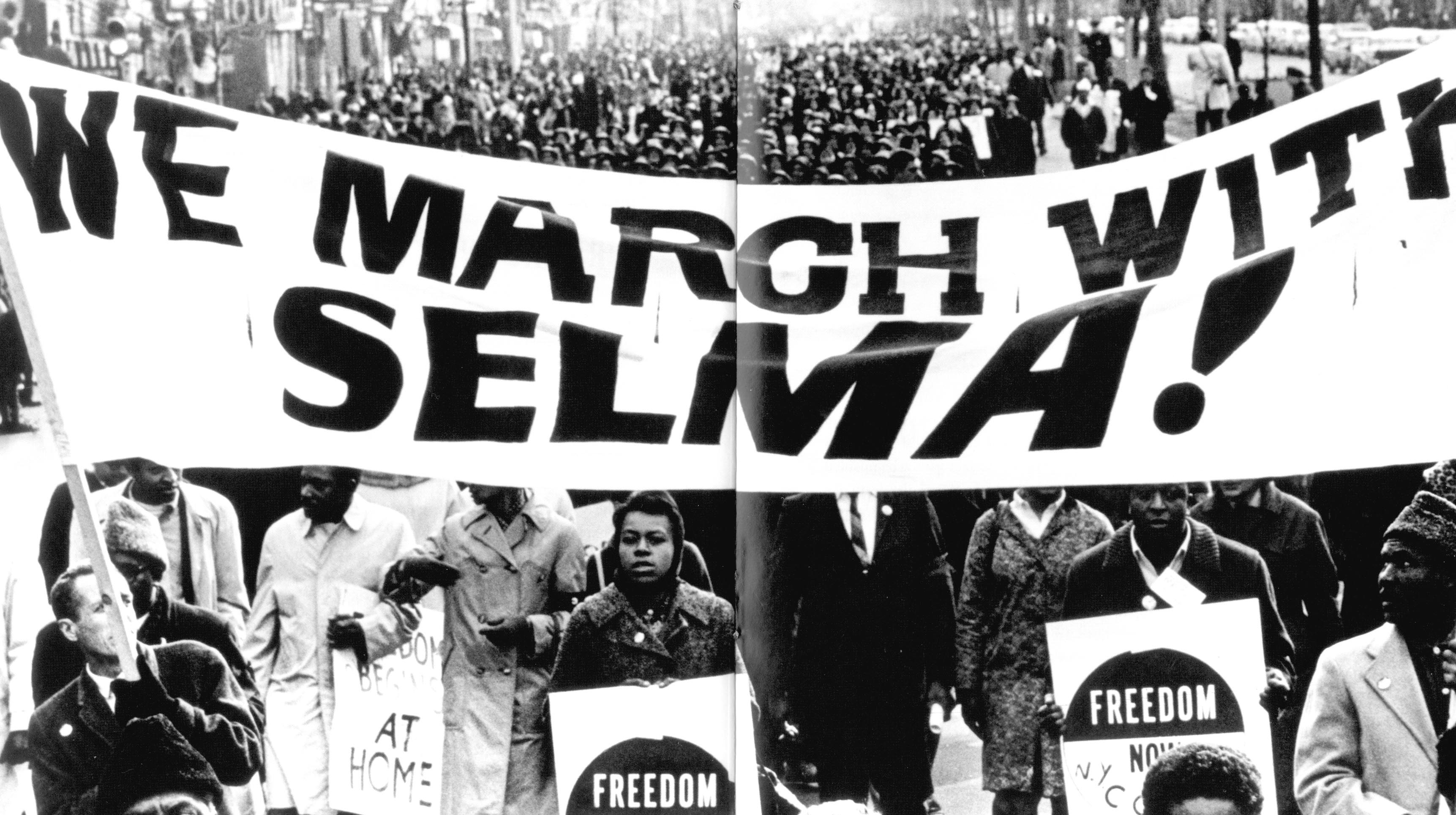 As a Mundelein student, Adrienne Y. Bailey participated in the 1965 Freedom March in Selma, Alabama, an event which resonated throughout her life and career.

In spring 1965, Adrienne Y. Bailey and a group of her Mundelein College classmates marched on Selma, Alabama, in support of civil rights. She knew it was a crucial moment for social change. “The Student Activity Council posted a sign inviting people to join the march,” Bailey recalls. “You couldn’t help but be affected by what was coming across the TV. We felt we had to answer Dr. King’s call to go to Selma and give witness. Mundelein had a place there, and I was happy to represent the college, along with 27 other students.”

‌What Bailey didn’t yet know was how the experience would reverberate throughout her own life and career. A longtime student of the French language, Bailey left shortly after Selma to study abroad in France. She graduated from Mundelein with a degree in French and secondary education and planned to be a French teacher. But she soon found that French teachers weren’t in great demand. So she started to look for something else. Soon after taking a summer job as a neighborhood youth corps supervisor at the South Shore YMCA, Bailey heard about a program coordinator position at the Circle Maxwell YMCA. Bailey’s experience at the YMCA changed her career path, stoking her enthusiasm for community activism through education.

“That experience was my first real base in a community activism role,” she says. “I only had to go there to see there were substantial needs on the West Side of Chicago. It led me to create an agenda of education as a form of civil rights and social justice.”

Bailey left the YMCA position after a year to pursue her MEd in education sociology at Wayne State. She earned a PhD in education administration under the auspices of the TTT program at Northwestern, which focused on preparing a cadre of leaders to serve effectively in urban communities. In 1973, Bailey became a charter member of the Illinois State Board of Education and served concurrently as a senior staff associate at Chicago Community Trust, where she directed the educational grant-making program.

“During my tenure at Chicago Community Trust, I think we opened new doors to philanthropy,” Bailey says. “We offered workshops to demystify the grant-awarding process. We designed a minority internship program and expanded the trust’s grant-making to give major operating grants to more than historically privileged universities. We provided greater access so the community could benefit from the generosity of donors to the trust.”

In the 1970s, the drive to end segregated education remained a critical aspect of the civil rights movement. “We spent many late nights debating options to force resistant local school districts to desegregate,” Bailey says. “We were pressuring them, cajoling them into doing what was within our legal power to force action without cutting off funding. The principle of this work, which has influenced much of my career, is the right of all students to have access to high-quality education.”

Bailey also worked to establish quality and equity in terms of teaching practices and include more diverse perspectives in high school curricula. “These are things people don’t think about in terms of the civil rights struggle,” Bailey says. “What inequitable structures exist? We need to blame the systems, not the students.”

Bailey has served in many positions over the course of her career, including senior liaison at Stanford University’s Center for Opportunity Policy in Education; study director for the Standards and Assessment Partnership at the Consortium for School Research, University of Chicago; deputy superintendent for instruction at the Chicago Public Schools; and others. Bailey now serves as a consultant to the US Department of Education and as senior consultant at the Panasonic Foundation, where she provides strategic coaching and equity solutions to urban school districts. In addition to her US work over the last 20 years, she pursues her passion for supporting vulnerable children by leading international work directed toward primary and secondary schools throughout South Africa. “I first went to South Africa in the early ‘90s, and I couldn’t help but be reminded of Selma,” Bailey says.

Through the Windy City chapter of nonprofit organization the Links, Incorporated, Bailey has helped provide students at Mofu Primary School with musical instruments, soccer uniforms, cultural experiences, books, a library, and more. Mofu is located in a deep rural community north of Durban with little water, electricity, or sanitation.

“Students often attend school without shoes or underwear, which is unbelievable, since over the mountain you can see the beautiful Mabhida World Cup Stadium,” Bailey says. She has helped develop partnerships with other U.S. and South African organizations to provide resources in the areas of health, youth leadership, and clean water. She also helped provide university scholarships with assistance from the Links Fayetteville (NC) Chapter to students at Esizibeni High School located on Durban’s South Coast.

A theme of Bailey’s life and ongoing career, both professional and volunteer, has been to open doors not only for herself but also for others. “It’s a mixed blessing, in a sense, that many of my career opportunities have been firsts,” Bailey says. “It’s a privilege and opportunity to be the first African American in a role, but it’s also a lonely place to be. Breaking down the barriers in major organizations has been challenging. But I’ve always seen it as a pathway for opportunity for others. I always saw myself reaching out to make sure others could follow in my footsteps.”

Bailey acknowledges that progress toward breaking the links between race, poverty, and educational outcomes has been slow and that there is much more to be done. “It’s always a struggle to have courageous conversations about race and racial impacts,” Bailey says. “As I look back, what’s been rewarding is leaving a legacy with mentees I’ve sponsored throughout my life, both in South Africa and Chicago, some now pursuing university degrees and many already being successful professionals,” Bailey says. “My reward has been in opening up doors of opportunity for these youth across the globe.”