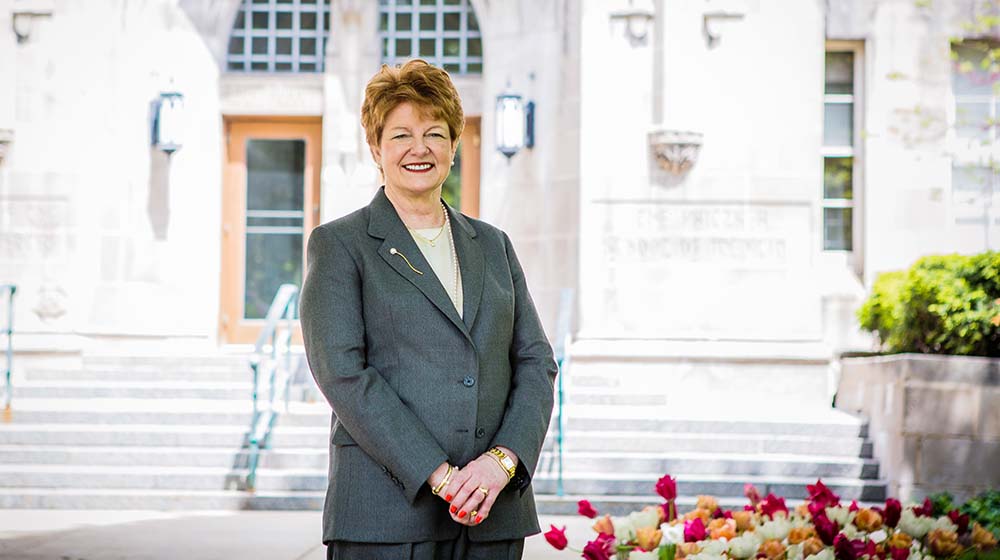 At age 15, Sharon O’Keefe (MSN ’76) received her first job offer—a position at a bakery in Chicago’s Jefferson Park neighborhood. Although it wasn’t her dream job, O’Keefe embraced the challenge.

“There was a notion that you come to work every single day and you do the best possible job that you can within that role, and it didn’t matter what role you were in,” she says. “That was embedded in me early on.”

O’Keefe, this year’s Damen Award winner for the Marcella Niehoff School of Nursing, credits her Chicago roots as the foundation of her career, including her time at Loyola. “As a Chicagoan, I was proud of the fact that I worked there and received my graduate degree in nursing," she says. "I think it set the stage for everything I did after.”

“To me, it's very difficult to think about being in a service industry such as health care and to not have a deep interest in the lives of everyone,” she says.

As a leader in health care, O’Keefe learned to take risks early in her career, a skill she picked up at Loyola.“You begin to appreciate that both the work environment and educational environment teach you to take risks and take action,” she says.

That philosophy has led her to a successful career in health care, beginning as a staff nurse and transitioning to executive leadership. Her focus, she says, is on creating high-performance health care organizations while developing a culture that fosters creativity, risk-taking, and diversity of thought.

Along the way she's also earned plenty of accolades. In 2013, Modern Healthcare listed O’Keefe as one of the 100 most influential people in health care and one of the top 25 women leaders in health care. In January 2015, Healthcare Purchasing News honored her with its “SURE” Award for Excellence in Supply Chain Leadership.

“Assume responsibility for making change” is another motto that’s carried O’Keefe through her 30-plus years in the health care industry. “That has really been the guiding principle throughout my entire career,” she says. “Drive change, engage people, and leave the organization better than when you started.”

O’Keefe’s parting bit of advice to young students is to keep their eyes open, to be opportunistic, and to laugh. “I think keeping a sense of humor (is what) makes some of the really tough days,” she says. “Have a little fun and value your colleagues along the way.”