Mother Teresa and me 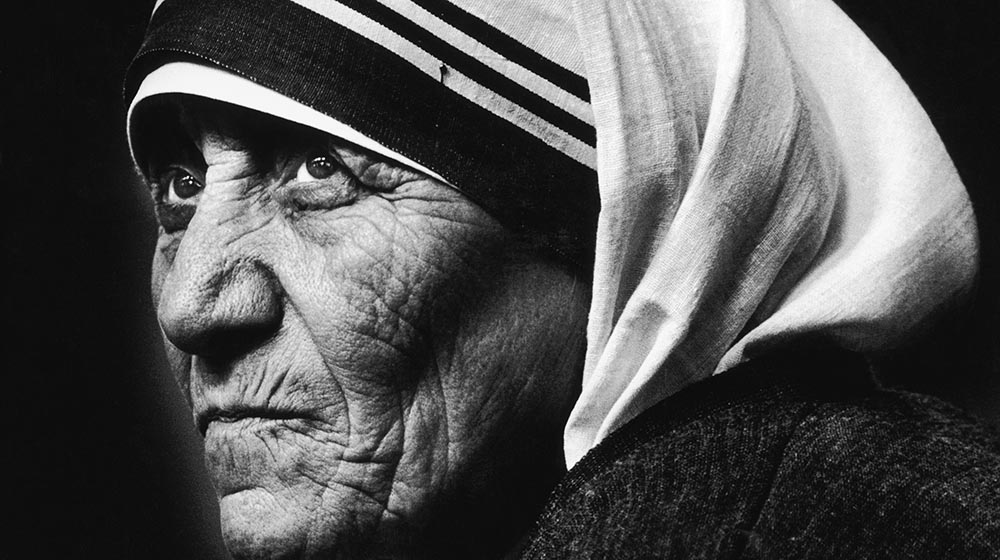 I was 12 years old when I first read about Mother Teresa in a Chicago newspaper. She was identified as the “Saint of the Gutters,” and I was in awe of her love and compassion to serve the poorest of the poor. Frankly, I wondered if she was even real. So I decided to find out for myself by writing her a letter.

Dealing with my own struggles at the time, I poured my 12-year-old heart out to her. Sure enough, Mother Teresa responded to my letter, giving me hope to continue through the pain I was feeling. Over time, her letters became the strength I needed in the darkest times. With her inspiration and encouragement, I decided at that point that I would devote my own life to serving others.

Years later, at the age of 27, my dreams of serving the poor alongside Mother Teresa became a reality. I quit my job as a social worker in Chicago and hopped on a plane for Calcutta, India, to join Mother at one of her homes for the poor. Upon my arrival I was immediately put to work—my first stop was Shishu Bhavan, a home for orphaned and sick children where all volunteers must start out. Most volunteers only last a few days, as the work is not easy and is often psychologically and physically draining.

Because I was volunteering for longer than three months, I was able to work mornings at Khalighat, the home of the dying destitutes, and in the afternoons teaching math and English to children in the back alleys. But nothing, not even a master’s degree in social work, could have prepared me for this.

I had the opportunity to be with people who were literally dying—holding their hands, putting oil on their rough skin, picking worms from their stomach and lice from their hair. It was what all Christians are called to do, and I had the privilege of doing it alongside Mother Teresa. Mother’s mission was to care only for those most in need, such as the people at Khalighat who were in their final 48 hours of life and had no one else.

For some of my time in Calcutta I lived at a guest house, and the rest of the time I lived at the Mother House where Mother and the other sisters resided. Living there was another humbling but gratifying experience. We awoke at 4:45 for morning prayers and washed our clothes on hard rocks. Sitting on the floor of the simple chapel with Mother and the other sisters for morning Mass prepared me for the strenuous work ahead. After Mass each day Mother would bless us, and I felt the power of God come through her small hands. She was quite small in size but robust in power and prayerfulness.

Walking to work I stumbled over people dying in the streets. I had to choose among them to decide who I would pick up and bring to Khalighat so they could spend their last 24-48 hours dying with dignity, being cared for by myself or one of the sisters. As Mother always reminded us, each of these “untouchables” was Jesus.

After a year in Calcutta I returned to Chicago, where I took to heart Mother’s words about serving those most in need. I worked as a therapist for children and teenagers with HIV and AIDS, then worked at a residential treatment facility for runaway teens.

Hoping to make a larger impact, I came to Loyola to pursue a second master’s degree in organizational development and started my own consulting practice, which allows me to weave together my faith, passion for social justice, and leadership skills.

Today I serve in a variety of roles: as a management and leadership consultant for nonprofits, a therapist for families moving overseas, an administrator of bullying prevention programs in the Archdiocese of Chicago—all of which are an extension of my time in Calcutta and my Jesuit education. Loyola has given me the tools to truly implement the concept of being a person for others, and I’ve been privileged to pass that on to students in the School of Social Work graduate program as a professor for the past 10 years.

When Mother died, I returned to Calcutta and joined the sisters in preparing her body for visitors to pay their last respects. For the funeral, I rounded up some people from her homes to participate in the Mass, knowing that having some of her beloved people involved in the funeral would be just what Mother would have wanted. In 2003 I had the honor of attending Mother’s beatification in Rome.

This past September I traveled there again to be present at the canonization where she became an official saint of the Catholic Church. Of course, I’ve always considered her to be a living saint, but it was still appropriate for her to be officially recognized by the Church.

I could go on and on about my time in Calcutta and how Mother inspired me as a child and, even now, as an adult. But Mother Teresa was not “just” an inspiration to me. She helped me through my darkest moments, filling a significant void—first through her letters and later as a personal role model.

Being a person for others is more than a catchy slogan. It is a way of life that isn’t always easy, but one that is rewarding and life-giving. Along with St. Ignatius of Loyola, our new St. Teresa of Calcutta serves as a role model who taught me to see God in everyone. I can only hope that I might be half of the inspiration to my college and graduate students as Mother was to me.