A visit to the country 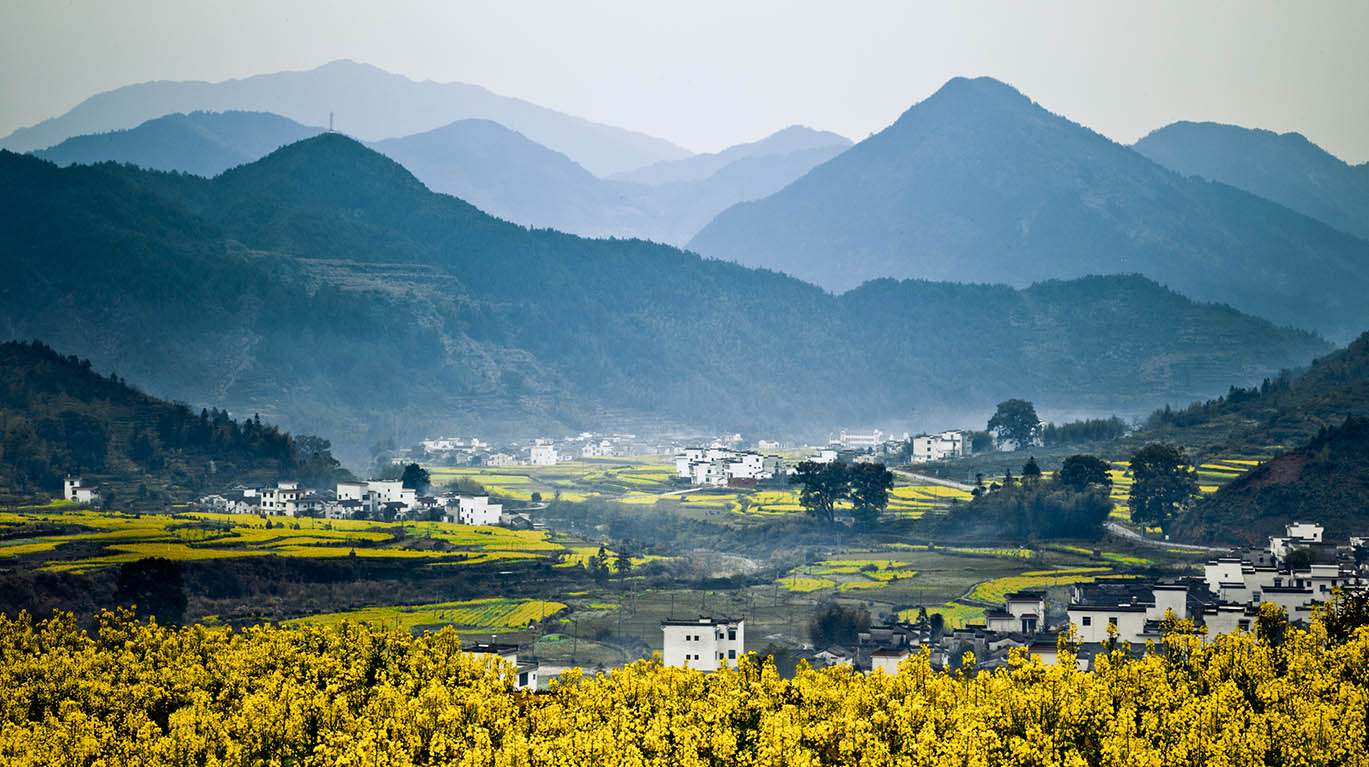 To get a true picture of China, take the road less traveled

The countryside filled my window as we left the busy metropolis of Nanjing. My neck began to ache as the ride wore on, but I couldn’t stop watching the varied drama of the landscape. My friend Jacob Miller and I first traveled in China during our junior year at Loyola while studying abroad at the Beijing Center. The fall after our graduation from Loyola, we returned to China to continue searching for a full and honest picture of life there.

Jacob and I had a shared interest in going to places most travelers wouldn’t visit, so we turned to the Lonely Planet guidebook to find a smattering of well-preserved historical countryside villages in the mountains of Jiangxi that were, as it so happened, almost unknown to foreigners.

That night we arrived in Shangrao, a city in Yushan County. We were the only passengers to arrive that evening, so taxi drivers jockeyed to draw us into their car. As tourists in an unfamiliar area, we represented a catch for any driver. After getting into a taxi, it occurred to us that we had no place to stay for the night so we asked our driver about hotels. He described a few local spots while smoking expansively, then took us to one of the hotels he had mentioned.

Despite the sprawling quality to the city and the presence of a surprising amount of amenities, including bakeries and coffee shops, the streets were surprisingly empty. While walking through the city we saw many older Chinese couples gathered in a public square dancing to music. Shangrao felt more like a small town that had gotten too big for its own good.

The next morning we boarded a bus. The city landscapes and broad boulevards rapidly gave way to lush green hills, bright blue lakes and rivers, and winding narrow mountain roads. Our next stop was a smaller town, where we caught a smaller bus with a short time to spare. Evening fell as our ride began. We were closer to our destination, the scenic villages of Wuyuan County—or so we thought.

We struck up a conversation with a young woman named Yanling who was seated next to me on the bus. She asked where we were going, and upon hearing our plans said there was no way we’d make it to the villages that night. But our disappointment was quickly met with a surprising offer.

“Why don’t you come stay with my family for the night?” she suggested. “That way you can go visit the villages in the morning.”

I couldn’t believe our luck. Yanling then received a call from her mom, who only had one concern about us coming to their home, a question many foreigners in China will hear: “Can you eat spicy food?”

When met Yanling’s family, they received us like old friends. We had a delicious dinner of tofu, shellfish, potatoes, and other delicacies that were unrecognizable to us yet nonetheless delicious. Yanling’s dad poured Jacob and I a glass of sweet plum-flavored liquor. For himself, he poured cheap baijiu, a Chinese sorghum distilled liquor. He asked how to say “cheers” in English. We toasted.

The next day we thanked Yanling and her family. They drove us into the heart of their small town. Jiangwan had a two-lane street at its center; white buildings clustered around the road with colorful facades suggested supermarkets and tea stores. We walked to the bus stop, but were told that the bus wouldn’t go to our destination today. Yanling had to leave, but she suggested we ask someone to take us to the villages. She wished us well, and we paced a bit on the sleepy main road, wondering if someone would really drive us.

Sure enough, a man pulled up in a car and he asked if we wanted to go to the villages. We negotiated a price and he drove us there, and I once again was surprised by our good fortune.

We were soon in a cable car lifting up from the lush valley into the green mountains. There in the mountains, nestled on terraces, we arrived in the first scenic village. Yellow flowers and red fruit lay drying in woven bamboo on the rooftops under a blue sky. A man walked up uneven stone steps amongst a throng of visitors. Two foreigners, and throngs of Chinese tourists, were admiring the white stonework, red brick homes, and black eaves of his village. His demeanor was noticeably different than that of anyone else present; this was clearly represented in his singular familiarity with the village.

Before I went to China, I read about its history and appreciated Chinese landscape painting. Reality, however, is not a landscape painting. And while the village had undeniable beauty, no painting could have prepared me for the true beauty we found in the people who live there.

James O’Brien (BA ’16), a native of Portland, Oregon, graduated from Loyola with a degree in International Studies and a minor in Asian Studies. He studied at The Beijing Center for Chinese Studies and this summer returned to China with the Peace Corps. His friend, Jacob Miller (BA ’16), also studied at The Beijing Center and earned a degree in sociology with an Asian Studies minor.