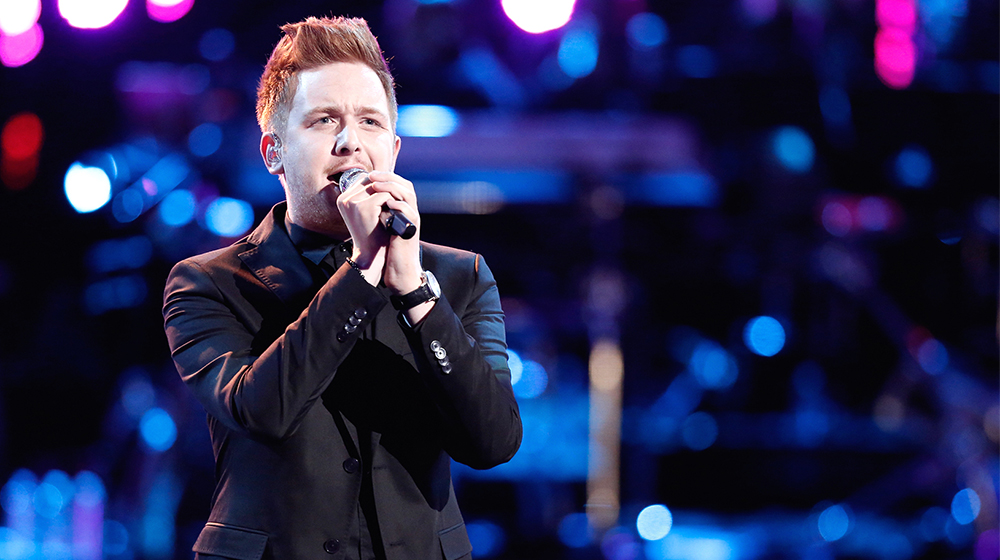 Loyola alumnus Jeffery Austin (BASC ’13) admitted at his audition on The Voice last summer that he hadn’t performed in front of an audience in over six years. The former public relations worker is performing a lot more frequently now after finishing in fourth place on the hit NBC singing show.

Taking advice from his coach, musician Gwen Stefani, the 24-year-old singer delivered performances on the show that were honest and authentic, ranging from covers of Sam Smith’s “Lay Me Down” to Cher’s “Believe.” Austin praises Stefani for encouraging his music. “Working with Gwen was one of the greatest experiences I’ve had in any career path I’ve been on,” he says. “She never critiqued me on vocals, she was never too pushy with song choices, and she really pushed me as an artist.”

Austin, born Jeffery McClelland, attended St. Charles North High School before coming to Loyola, where he majored in advertising and public relations. “Going to school in Chicago allowed me to make connections with the PR industry that wouldn’t be afforded to me at other schools,” he says. His professors offered hands-on advice that he was able to use during job interviews. “I felt really prepared when I went into the workforce and I was working above my level because of my education.”

After Loyola, Austin worked for Edelman, a major PR firm in New York, where he was assigned accounts at a global level. Edelman was Austin’s dream job, but he still felt a tug to explore a career in music. And although he previously auditioned for singing shows, he never made it past the early rounds. “I never thought I would make it through,” he says. “But it turned out to be way different and it snowballed into a career that I’m so grateful to have now.”

As far as preparing him for a singing career, Austin credits his degree and experience in PR. “On The Voice, I was prepared for production interviews, was able to schedule my own press, and could tell my story in a way that other contestants may not have been able to handle in the early stages,” Austin says. “Now that I’m off the show I’m still securing interviews and maintaining a public image.”

With little-to-no experience as a performer, Austin struggled with putting himself “out there.” But thanks to The Voice, Austin stretched himself to lose that fear and connect to the music: “When you’re forced to do that in front of 14 million viewers each week, those nerves kind of fade away,” he says.

Now a full-time resident of Los Angeles, Austin left public relations to focus on music. “My first priority is to build a team and to take this platform to create some really awesome material to hopefully put out as an album or EP,” Austin says. In the meantime, he is pursuing his career dreams with scheduled performances around the country.

When offering advice, Austin urges young performers to lose fear of not being good enough to accomplish a career in music. “Someone will connect to you and someone will listen to you and feel affected, and that’s what has made it worth it to me,” he says. “I don’t think you can live with yourself knowing you’ve never tried something you’ve always wanted to do—whether it ends up being a success or failure.”