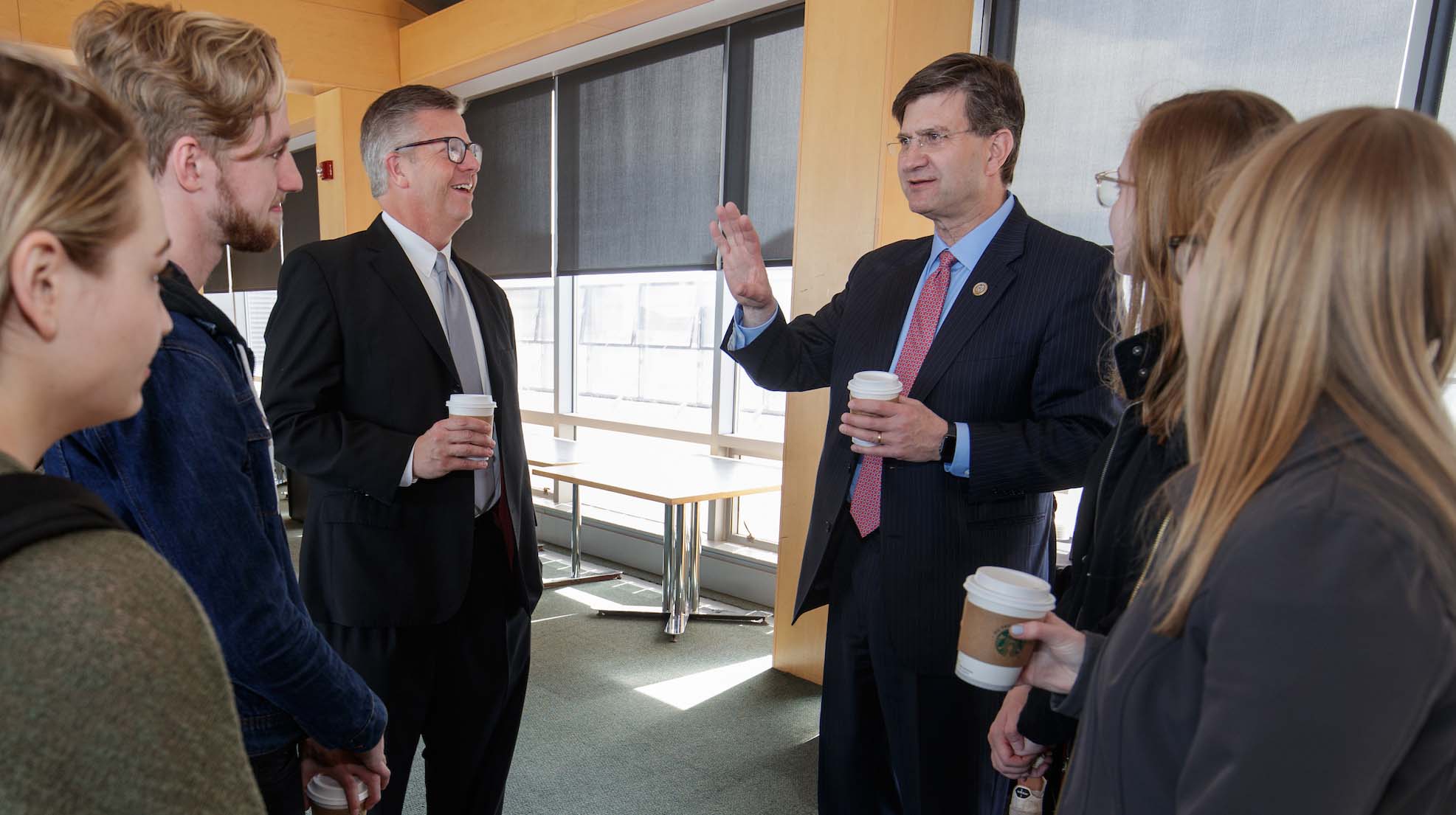 Can Republicans and Democrats work together? Two Congressional representatives suggest there is still hope for bipartisanship.

From gerrymandering to super PACS, there are many contributors to the nation’s lacking bipartisanship. Republican Randy Hultgren and Democrat Brad Schneider, U.S. congressmen who represent areas surrounding Chicago, aimed to dismantle that narrative this year by sitting next to each other at the State of the Union Address, putting aside the usual party-line seating arrangement.

The two crossed the aisle again and joined in discussion at Loyola’s panel on civil discourse in April in the Information Commons. They discussed a broad spectrum of timely topics, including the instigators that cause political extremes, the importance of civic engagement, and issues on which politicians can cooperate.

“If you’re not willing to compromise, it’s virtually impossible to make progress as a nation,” explained Schneider. “He’s a Republican, and I’m a Democrat. We have different perspectives and different positions, but we can sit down and talk to each other about an issue and find out where that common ground is.”

The two also offered advice to Loyola students in the room who want to make a difference beyond the voting booth—and actually run for election themselves. Hultgren pinpointed the importance of having an energized volunteered base, and Schneider the identified the value of a candidate’s connection with voters.

The role of identity politics in hindering bipartisanship was also brought up by the moderator Twyla Blackmond Larnell, assistant professor in political science. Both congressmen agreed that stereotyping voters based on demographics and certain qualities is a trend, specifically in marketing, that has to be combated.