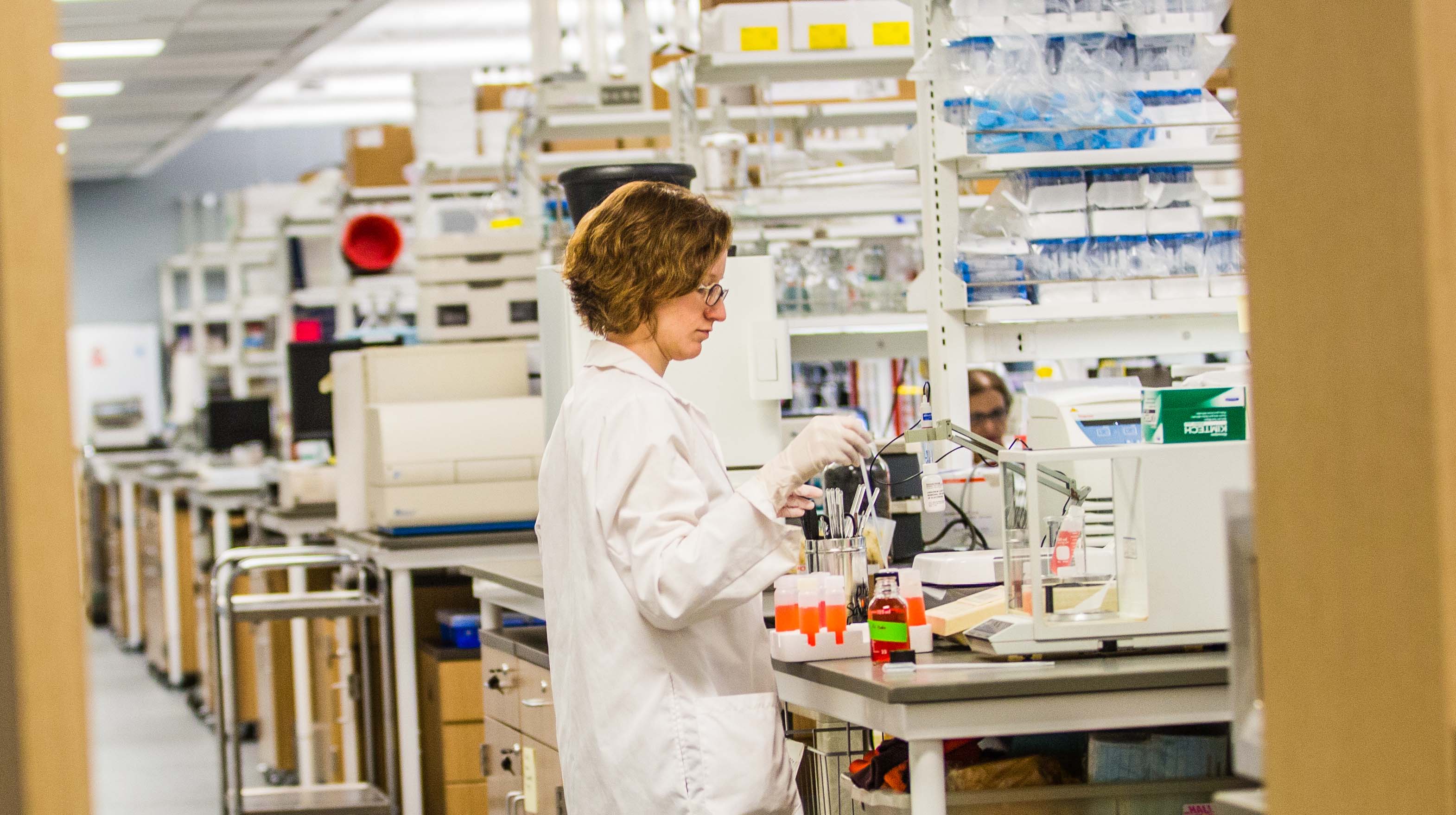 The Center for Translational Research and Education opened just over a year ago, and it has already been home to breakthroughs in the lab that could have significant benefits for patients. Here are just a few of the research endeavors currently in progress:

Repeated binge drinking during adolescence isn’t just dangerous for teenagers—it can also affect brain functions in future generations. Research by Toni R. Pak, PhD, associate professor in the Department of Cell and Molecular Physiology, found that adolescent binge drinking altered the on-off switches of multiple genes in the brains of teen binge drinkers’ offspring, potentially putting them at risk for such conditions as depression, anxiety, and metabolic disorders.

In the study, one group of teenage rats was exposed to alcohol equivalent to about six binge drinking episodes. The rats mated after becoming sober and the females remained sober during their pregnancies, so any effects on offspring could not be attributed to fetal alcohol syndrome. The alcohol-exposed rats were compared to a control group that were not exposed to alcohol.

The study is the first to show a molecular pathway that teenage binge drinking by either parent can cause changes in the neurological health of subsequent generations.

A mystery has long baffled HIV researchers: How does the virus enter the nucleus of immune system cells? A recent discovery by Edward M. Campbell, PhD, associate professor in the Department of Microbiology and Immunology, may help to answer this question, and opens a potential new strategy for fighting HIV.

HIV infects and kills immune system cells, including T cells. This cripples the immune system, making the patient vulnerable to common bacteria and viruses that usually don’t cause serious problems in healthy people. Once HIV enters a cell, it has to find a way to get inside the nucleus, which contains the cell’s DNA. Many related viruses do this by waiting until the cell divides, when the protective membrane surrounding the nucleus breaks down. But HIV has the ability to enter the nucleus in a non-dividing cell.

Campbell and colleagues discovered that a motor protein, called KIF5B, interacts with both the HIV-1 core and the nuclear pore in a way that allows HIV into the nucleus. HIV hijacks KIF5B to serve a different purpose: It induces KIF5B to tear off pieces of the nuclear envelope and transport them away from the nucleus, thus making the pore wide enough for HIV to pass through.

Developing a drug that prevents KIF5B from disrupting nuclear pores would prevent HIV from sneaking into the nucleus without detection. This would give the immune system enough time to attack and destroy HIV.

“It’s like making a bank vault harder to break into,” Campbell says. “In addition to making the money more secure, it would increase the chance of sounding the alarm and catching the burglars.”

Intensive treatment to lower systolic (top number) blood pressure to below 120 would prevent 107,500 U.S. deaths per year, according to research by Richard S. Cooper, MD, chair of the Department of Public Health Sciences, and other coordinating institutions. Two-thirds of the lives saved would be men and two-thirds would be age 75 or older, according to the study.

Current guidelines recommend keeping systolic blood pressure below 140 mmHg. When the treatment goal was lowered to a maximum of 120 mmHg, there was a major reduction in mortality. To determine whether intensive treatment to lower systolic blood pressure could alter mortality, researchers applied findings from a multicenter study to the U.S. adult population. Loyola University Medical Center was among the centers that enrolled patients in the SPRINT trial, which included more than 9,350 adults ages 50 and older who had high blood pressure and were at high risk for cardiovascular disease.

The SPRINT trial found there was a 27 percent reduction in mortality from all causes when systolic blood pressure was lowered below 120 mmHg, compared to the standard treatment of lowering blood pressure below 140 mmHg.

Advancing treatment for children with cancer

“Because government funding is limited, private funding from organizations such as St. Baldrick’s Foundation plays a critical role in advancing the treatment of children with cancer,” Hemenway says.