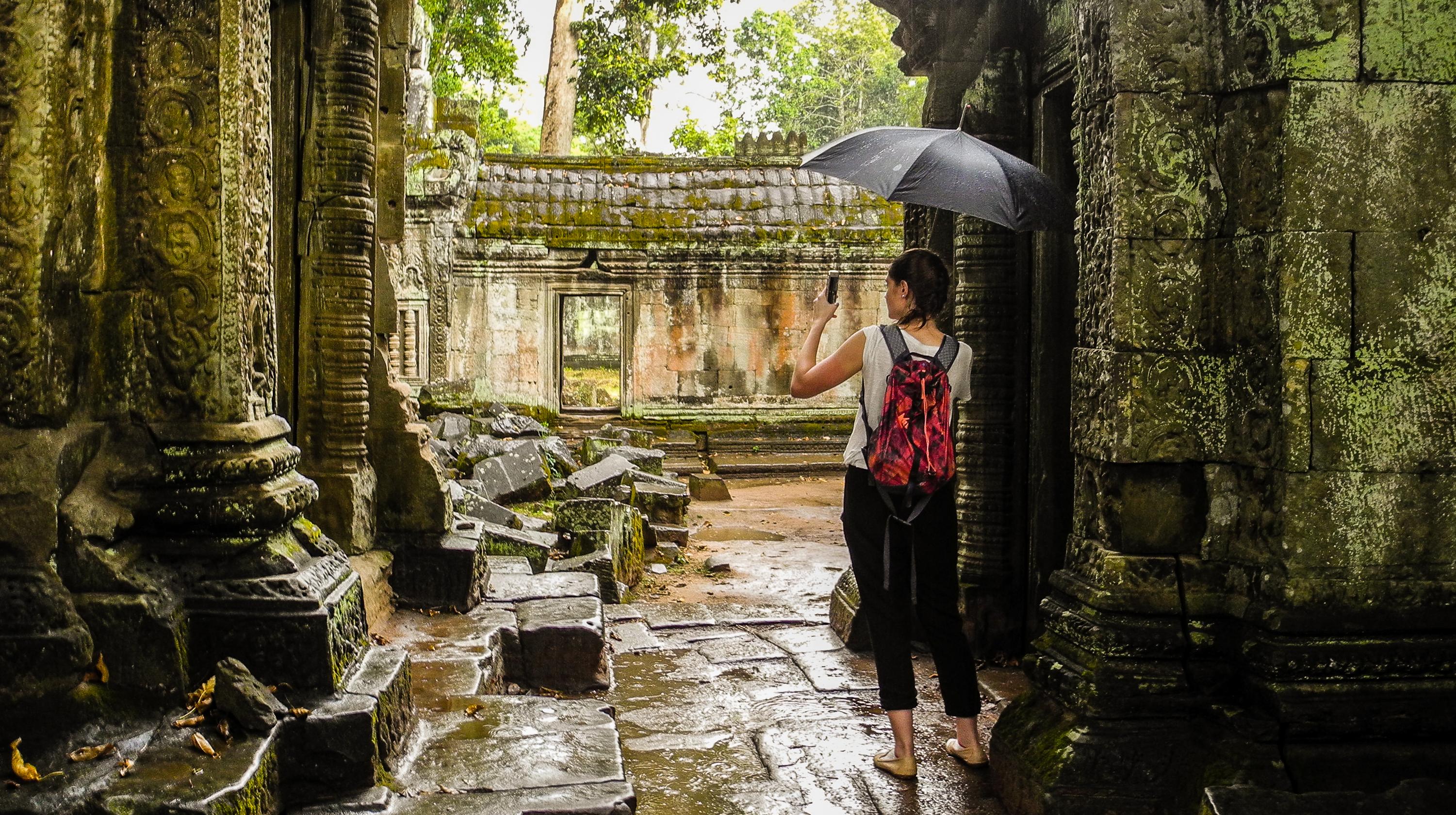 Loyola University Chicago is among the top producers of Gilman Scholars, helping students with financial need find a way to study abroad

Loyola University Chicago was named a top producer of Gilman Scholars for 2016-2017 by the U.S. State Department, which sponsors the scholarship. The Benjamin A. Gilman International Scholarship Award supports study abroad for undergraduates with financial need and is open to two- and four-year college students who are Pell Grant recipients.

This is the first ranking of its kind since the scholarship’s inception in 2001, and Loyola is among such universities as Georgetown, Northwestern, and Columbia on the list of mid-sized colleges and universities (5,000-15,000 undergraduate students). Nine Loyola students earned Gilman Scholarships in 2016-2017 and were able to embark on study abroad semesters that otherwise would not have been possible.

“With scholarships such as Gilman, as well as Loyola’s many affordable study abroad options, we have a high-quality program for every student, regardless of budget,” said Brian Johnson, Loyola’s associate director of study abroad. “Gilman helps get students overseas who have been historically underrepresented in study abroad, including first-generation University students, STEM students, ethnic minority students, and students with disabilities.”

For students who need additional financial assistance, the Study Abroad Office has partnered with Loyola’s Fellowship Office to offer more support. James M. Calcagno, professor of anthropology and the founding director of the Fellowship Office, established a program called Gilman Incentive Grants (GIG) in 2015 to help students better prepare applications for the Gilman Scholarship. Students submit their Gilman essays for feedback prior to applying and are eligible for a $250 award that can be deducted from their tuition, regardless of whether they end up receiving a Gilman Scholarship.

“We have a proven track record of success, where GIG recipients are much more likely to earn a Gilman scholarship than those who did not use this opportunity,” Calcagno said. “During a recent cycle, the only students who earned a Gilman or were chosen as an alternate were those who earned a GIG.”

Trevaughn Latimer, an economics major with minors in psychology and mathematics, used his Gilman Scholarship to study at the Loyola Vietnam Center in Ho Chi Minh City. He said the experience could not have been more different than his life on campus at Loyola or in his home city of St. Louis. Not only did he learn about the religion, language, and culture of Vietnam, he said, but “I had to try and understand the mindsets of individuals who grew up completely different than me.”

Latimer also found that being an African American in Vietnam drew attention to him and gave him an opportunity to educate local residents about his own background and culture. “A lot of the Vietnamese people associate America with white people," he said. "I got to challenge this perception.” This experience, he explained, has inspired Latimer to want to continue to travel around the world to share the experiences of black Americans with people of other cultures.

Teresa Dorado, an environmental science major and visual communication minor from Green Bay, Wisconsin, spent the fall 2017 semester in San Ramón, Costa Rica, through a Loyola partnership with the University Studies Abroad Consortium. “I was able to immerse myself in the festivities and customs of Costa Rica with the help of my amazing host family and new friends,” Dorado said. “This experience challenged and inspired me to go beyond the surface and really get to know and understand the rich Costa Rican culture.”

The experience also helped Dorado learn more about herself.

“The support of this scholarship gave me confidence and motivation to embrace my multiple identities as a low-income, first-generation, and Latina student,” she said. “It was an incredible help to have the financial support and a network of other Gilman alumni.”