What's in the water? 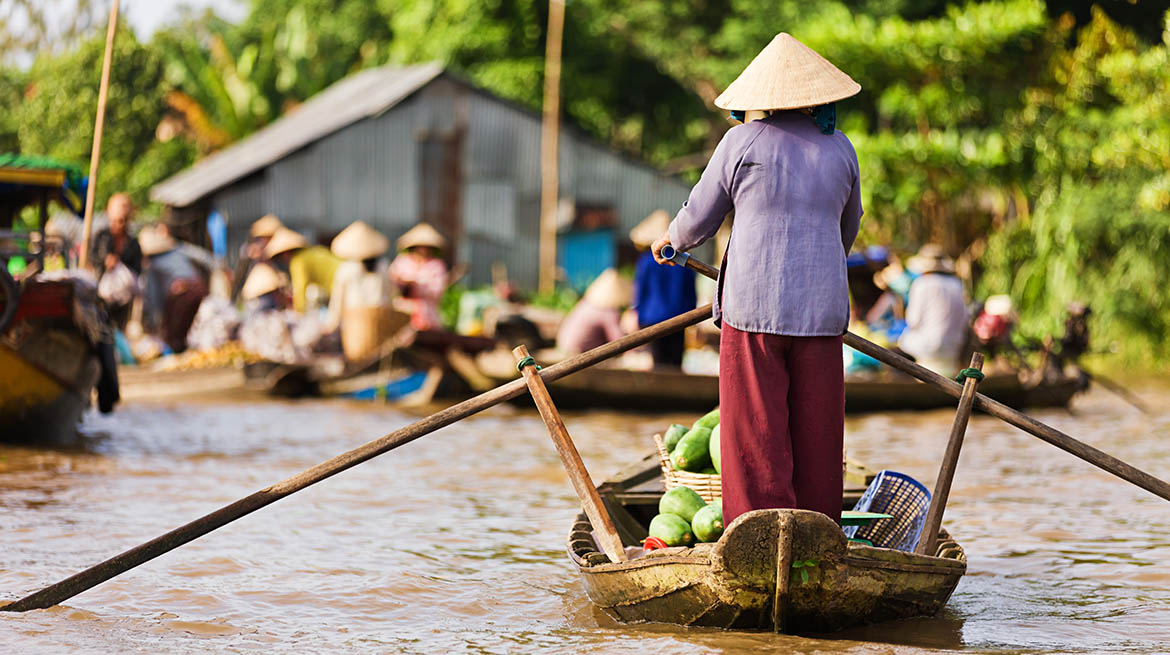 Tham Hoang knows how important it is not to take water for granted. For more than 15 years, Hoang, an associate professor in Loyola’s Institute of Environmental Sustainability, has been studying the toxicity of contaminants in water, particularly heavy metals. And in his travels to developing countries in the Lower Mekong River Basin, he’s seen just how much of a difference environmental water quality standards can make.

Last year, a chemical leak from a steel mill led to contamination of the coastal environment of four provinces in Vietnam, resulting in one of the most massive fish kills ever in the country. Not only did the toxic chemicals cause serious health issues for anyone who consumed the fish, it led to an economic crisis in the surrounding areas that rely on fishing. So the Vietnam Environment Administration called on Hoang to provide his input on the cause of the fish deaths.

Over the past five years, Hoang has led a toxicity research project in countries such as Vietnam, Thailand, and Cambodia. While many Western countries already have models that take into account the water quality parameter when determining heavy metal toxicity in a given environment, some Southeastern Asian countries had not yet developed such a model. In response, Hoang and his colleagues developed a copper Biotic Ligand Model, which will help Mekong countries set more relevant water quality standards to prevent adverse effects of heavy metals from industrial development.

Hoang has collaborated with experts from around the world to conduct three workshops to train scientists and government employees on using the model for setting copper water quality standards.

“In Southeast Asia, there’s a lot of things they don’t know about environmental toxicology,” Hoang says. “However, the environment is getting worse over there. If we bring this new field of science to those countries, scientists can understand it and have more opportunities to collaborate. It also can help local governments develop a better management plan.”

Hoang has been working close to home as well; the Great Lakes are notoriously contaminated with microplastics, PCBs, DDT, and heavy metals. While some are monitoring the concentration of these contaminants in Chicago, Hoang is focused on the potential damage that this pollution can do to affected ecosystems.

“Plastics stay in the environment for a long time and absorb organic contaminants on their surface,” he says. “When organisms in the water consume plastics and carry those contaminants in their bodies, over time the chemicals will be concentrated in their bodies and move to higher trophic levels. Eventually, those will be transferred into humans when we eat the fish.”